Sarath steps aside from InTouch role

The Bangkok headquarters of Advanced Info Service. InTouch Holdings is the largest shareholder of AIS.

Energy tycoon Sarath Ratanavadi has stepped down as vice-chairman of the board of InTouch Holdings following a crucial restructuring of the firm, which saw a major downsizing and the elimination of four business units.

His resignation took effect on May 11, according to a notification sent by InTouch to the Stock Exchange of Thailand.

He was made vice-chairman of InTouch's board on Oct 1 last year after Gulf became the major shareholder of InTouch with a 42.25% stake following a tender offer for InTouch shares, which concluded in August.

InTouch's board approved the appointment of Boonchai Thirati, a director on Gulf's board, as the new vice-chairman of the holding. 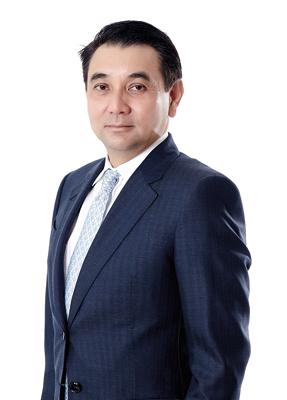 InTouch is the biggest shareholder of Advanced Info Service (AIS), the country's biggest mobile operator by subscriber base. Gulf indirectly owns 20% of AIS.

A source close to Mr Sarath who requested anonymity said he resigned after the restructuring of InTouch was completed and management is now expected to run all operations effectively. Mr Sarath remains busy with energy and affiliated businesses, said the source.

"His resignation has nothing to do with AIS's move to oppose the planned merger of True Corporation and Total Access Communications," the source said.

A source at InTouch who requested anonymity said the restructuring was driven by a new major shareholder who wanted to reshape the organisational management and prepare the firm for a new industry landscape, drawing together the power of telecom infrastructure and the energy sector.

According to the source, InTouch eliminated four business units: public relations, investor relations, IT support and venture capital (VC) -- known as the InVent project -- which invests in and incubates startups.

The firm also cut its workforce by half from a total of 50 employees under an early retirement policy, while some shifted to other departments.

InTouch has no chief executive. Former chief executive Anek Pana-apichon participated in the early retirement programme before the firm entered into the restructuring.

The source said InTouch's InVent project is expected to divest from tech startups it earlier invested and incubated.

A telecom veteran who requested anonymity said business synergy between Gulf and AIS has begun, including a partnership deal between the two along with Singtel to build a new data centre.

Gulf is expected to foster business convergence with other partners in industrial and digital network fields, said the source.