The Finance Minister said on Tuesday that the outlook for the economy this year was still good, despite the state planning agency's downgrade in its growth forecast, and he wanted to see a policy rate that still supports the recovery.

A weak baht is good for exports though it makes imports more costly, Arkhom Termpittayapaisith told reporters. The currency has recently been trading at its weakest level in almost five years against the dollar.

Earlier on Tuesday, the planning agency cut its 2022 growth outlook to 2.5%-3.5% from 3.5%-4.5% and raised its inflation estimate because of higher prices and slower global growth caused by Russia's invasion of Ukraine.

Mr Arkhom said the revised outlook "is still considered a good sign that the economy is still recovering".

"I still want to see an interest rate that is positive for the economic recovery, though we also have to weigh fund outflows, which haven't been much yet," Arkhom said.The economy grew 2.2% in the first quarter as exports and tourism rebounded after the relaxation of pandemic restrictions, the country's main economic agency said Tuesday.

During the pandemic, the economy suffered its worst economic performance since the 1997 Asian financial crisis, with visitor numbers crashing from roughly 40 million annually.

But this month the tourism-dependent kingdom dropped almost all restrictions for fully vaccinated visitors, including the need for Covid-19 tests to travel. 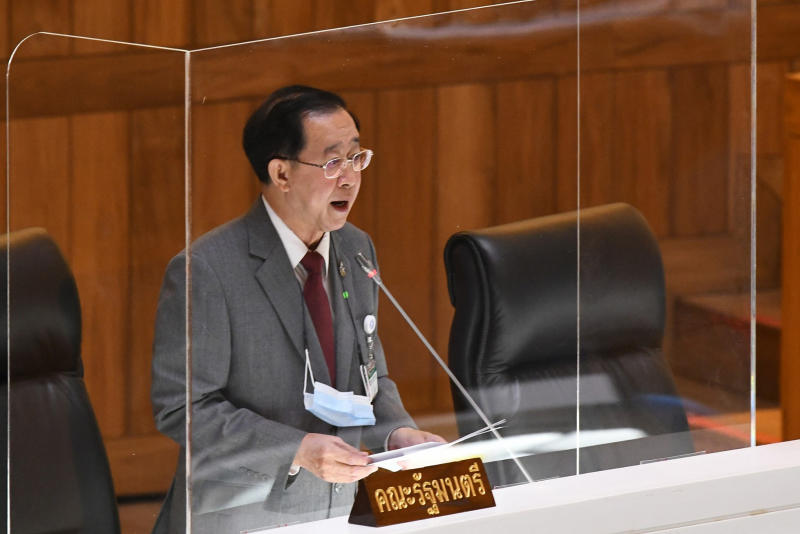 "The export sector is good... the tourism industry is getting better due to the relaxation of entry requirements for tourists," National Economic and Social Development Council (NESDC) secretary-general Danucha Pichayanan said.

The figures are a stark turnaround from the depths of the pandemic, which saw the economy contract by 6.1% in 2020.

The agency said global market volatility from Russia's invasion of Ukraine, and a slowdown in China's economy thanks to virus lockdowns across various cities, were affecting the pace of the kingdom's economic recovery.

Ukraine is a key exporter of fertiliser and the war has reduced supply in Thailand.

The government has sought to ease the shortage by sourcing fertiliser from Saudi Arabia.

Separately, the Bank of Thailand on Tuesday said Thai banks' non-performing loans stood at 2.93% of lending at the end of March, down from 2.98% at the end of December, helped by measures to support debtors.

The banking system remained resilient with high levels of capital fund, loan-loss provisions, and liquidity, the central bank said in a statement. Loans grew 6.9% in January-March from a year earlier.