Hotels and Airlines Cause Stress. Now They're Trying to Relieve It.
Business

Hotels and Airlines Cause Stress. Now They're Trying to Relieve It.

Simply feeling relaxed on vacation doesn't cut it anymore for a growing number of travelers.

Many say they are more intently focused on their mental health and overall wellness on their trips as they have navigated the stresses of the pandemic.

More than one-third of American travelers say they are excited to take wellness and healing trips in the next 12 months, according to a recent survey from market-research firm Destination Analysts. That percentage increases to nearly half for millennials and younger.

But what exactly wellness means is up for debate, leading even traditional airlines and hotels to create an esoteric list of wellness perks. Some hotels have created joy ambassadors tasked with helping guests unplug more completely. Some airlines are offering fliers meditation options in their seats. 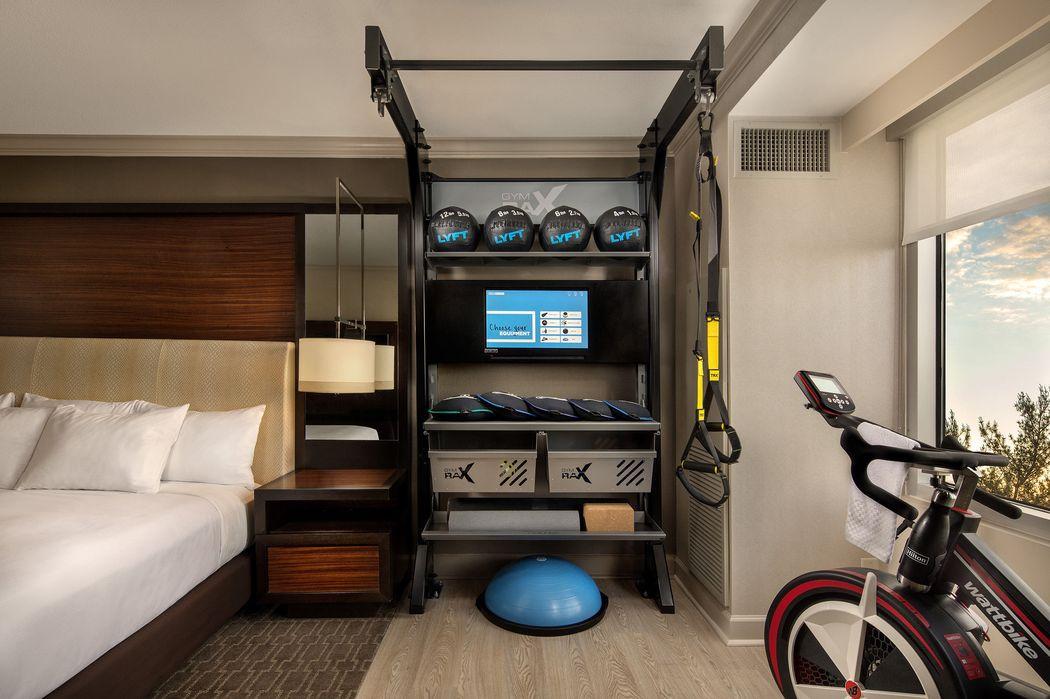 By the end of the first quarter, bookings made for Hilton's Five Feet to Fitness rooms reached 50% of total bookings in 2019, the company says.

The Global Wellness Institute, a non-profit research group, defines wellness tourism as travel associated with the goal of maintaining or enhancing personal well-being.

The definition, while broad, applies to both travelers planning wellness-inspired trips like spa vacations and those who are looking to maintain a healthy lifestyle while traveling, says Ophelia Yeung, a senior research fellow at the institute.

The institute projects wellness tourism will have an annual average growth rate of about 21% from 2020 through 2025.

In February, AKA West Hollywood launched its Sabbatical Experience.

Weeklong stays at the property start at $495 a night for those staying in studio apartments, though the Sabbatical Experience is priced based on the guest's needs.

She describes it as a "vacation with a purpose" and says it can include free access to a private screening room to watch inspirational movies such as "Million Dollar Baby," as well as fresh produce deliveries.

"It was time for a change of scenery, so I've stepped away from my at-home workspace to slow down and restore my mind, body and soul," says one note she helped craft.

Guests have claimed over 500 sessions so far, the company says.

By the end of the first quarter, bookings made for these Five Feet to Fitness rooms reached 50% of total bookings in 2019, the company says.

While more companies are moving into the wellness space, the industry as a whole still has a way to go, says Chekitan Dev, a professor at Cornell University's School of Hotel Administration.

On a recent trip to Chicago, he says he used plastic hotel keys, had single-use plastic bottles and few options other than greasy bar food at the hotel.

"You can't have a well planet without well people, so it's almost like the people and planet piece have to come together," he says.

Because more travelers are bringing their pets along, Kona Kai Resort & Spa in San Diego in March introduced dog-friendly spa treatments, including a Pawroma Therapy massage with lavender essential oils meant to relieve anxiety and a session of stretches for your dog.

Traditional spas are benefiting from increased interest in wellness travel. Marriott's 20 most popular spas in the U.S., Mexico and Caribbean saw higher bookings in this year's first quarter than in the comparable quarter of 2019, the company says.

"We think about it very broadly, as to really putting the customer at the center of that definition. It's whatever they believe wellness is," says Tina Edmundson, the company's global brand and marketing officer.

The airline says Peloton was the fifth-best overall performing TV series on a per-episode basis from November to January.

Dustin Owens, who is 38 years old and owns a realty company, traveled from Raleigh, N.C., to Las Vegas earlier this year and was surprised to see Peloton videos on his Delta flight.

Mr. Owens says he typically associates Peloton with the bicycle, and clicked on the video to see how it would work on a plane.

He says he's not a "meditation type of guy," but was intrigued by the stretching videos.

Mr. Owens is 6-foot-2 and says he couldn't do all of the exercises because he didn't have enough leg room.

"I felt like it helped some, and it also helped kill the time," he says.