Thailand's unemployment rate dropped in the first quarter to its lowest level since the start of the pandemic, boosted by higher employment both in the agricultural and non-agricultural sectors, as the economy gradually recovers. 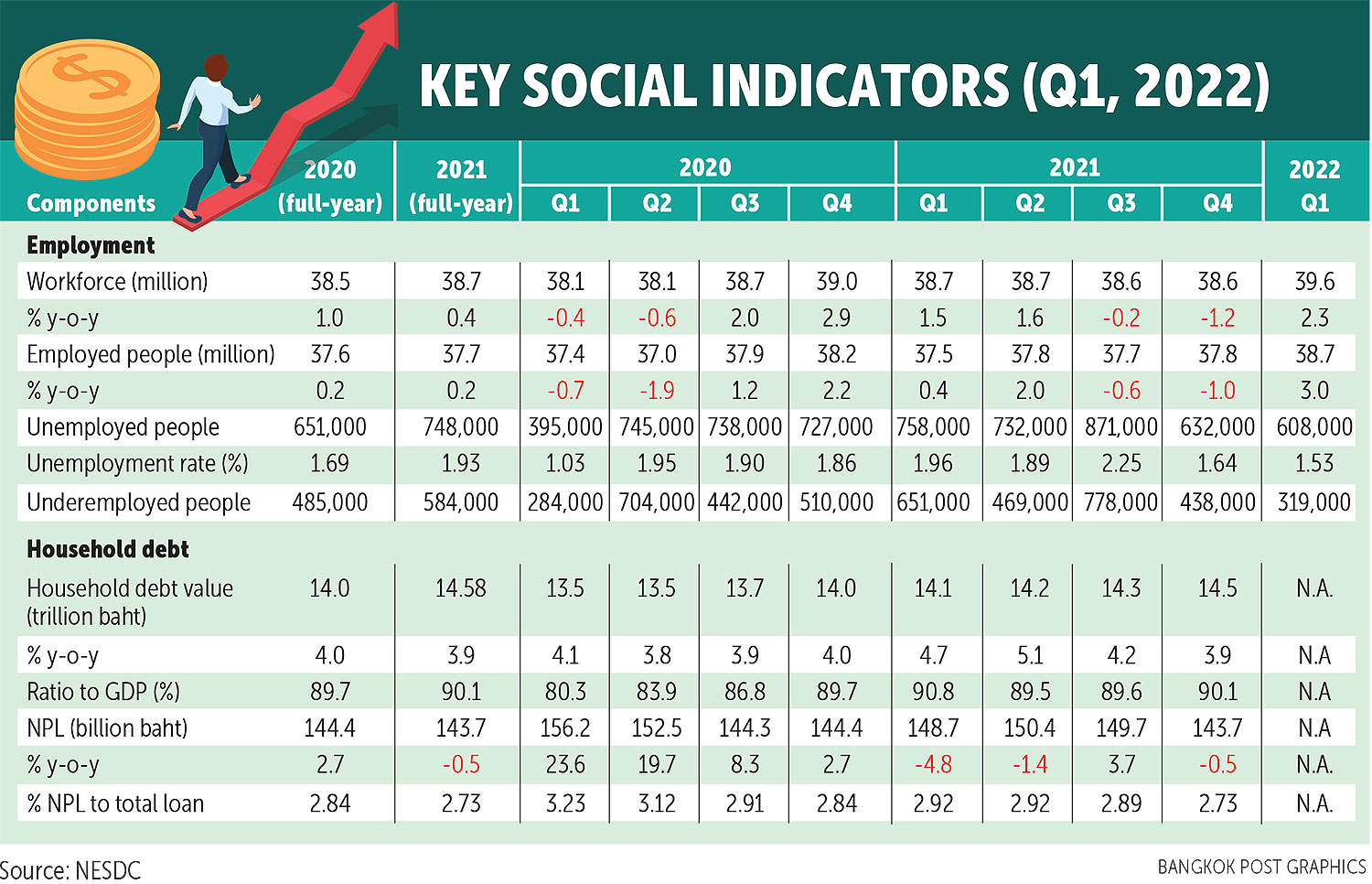 The rate was the lowest since the 1.03% recorded in the first quarter of 2020, before the economy was hit by the Covid-19 pandemic.

According to Danucha Pichayanan, the NESDC's secretary-general, employment in the first quarter rose in both the agricultural and non-agricultural sectors.

Mr Danucha noted there were some issues that needed to be monitored, including the number of unemployed people who had never worked before, which has risen to 260,000 people, a 5.2% increase over the first quarter of last year. 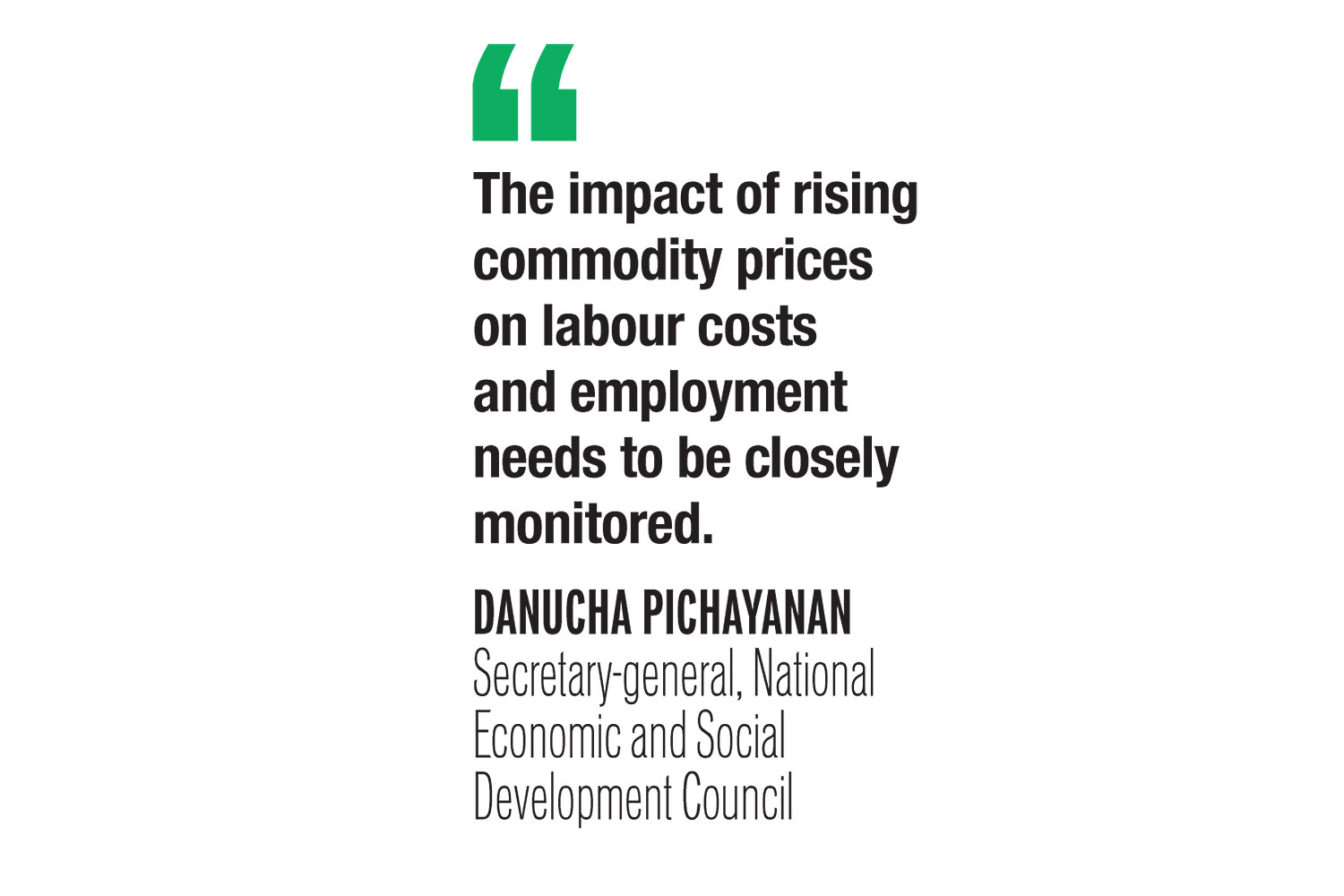 Long-term unemployment has also continued to rise, with the figures estimated at 174,000 in the quarter, up from 130,000 people in the previous quarter. Unemployment among highly educated workers remained high, with tertiary graduates accounting for 3.1% of the unemployed, or 225,000 people.

"The issues that should be monitored in the remaining seven months include the fragile global economy which still faces a spate of risks, especially from the ongoing Russia-Ukraine war and supply chain disruption caused by China's zero-Covid policy," said Mr Danucha. "The number of foreign tourists remains low in comparison to before Covid-19. Although Thai tourists continue to increase, boosted by the government's tourism stimulus programme, the expenditure proportion is still insufficient to compensate for the loss of revenue from foreign tourists. As a result, it is critical to focus on opening up the country and attracting as many foreign tourists as possible."

Mr Danucha said the impact of rising commodity prices on labour costs and employment needs to be closely monitored, with inflation having increased since late 2021 due to oil price rises and increases in the cost of some production factors. Higher fertiliser prices may also have an impact on agricultural employment and transportation sector employment as a result of rising oil prices, he said.

Non-performing loans in terms of consumer debt amounted to 143 billion baht, accounting for 2.73% of total loans. It was a decrease of 0.5% from the same period last year and fell by 4.0% from the previous quarter.