Carriers hope recovery efforts save them from NokScoot's fate

Aircraft operated by Thai Airways International parked on the tarmac at Suvarnabhumi airport during the pandemic. (Photo: Wichan Charoenkiatpakul)

Over the past two years, amid the Covid-19 pandemic, the aviation industry has been on the verge of collapse because of stringent border controls and uncertainty over travel rules, causing severe financial strain for many airlines.

Struggling to stay afloat after a sharp reduction in air traffic, cash-strapped local airlines found an emergency exit by filing for bankruptcy protection with the Central Bankruptcy Court.

The country's flag carrier Thai Airways International (THAI) was the first to submit a rehabilitation petition on May 26, 2020 after a cabinet meeting one week earlier agreed the airline should undergo restructuring to maintain its business.

The airline, which had been under financial pressure prior to the outbreak, reported total debts of 245 billion baht at the end of 2019 with a net loss of 12 billion baht, after reporting a loss of 11.6 billion in 2018, according to the Stock Exchange of Thailand (SET).

On June 15, 2021, the court accepted the rehabilitation plan, resulting in the airline becoming the first carrier to enter into business restructuring for a period of at least five years.

The airline also trimmed its enormous fleet of 116 jets to 58 jets. However, three additional aircraft, which were ordered in 2018, were delivered in April to serve long-haul flights which benefit from country's reopening and a brighter tourism outlook. 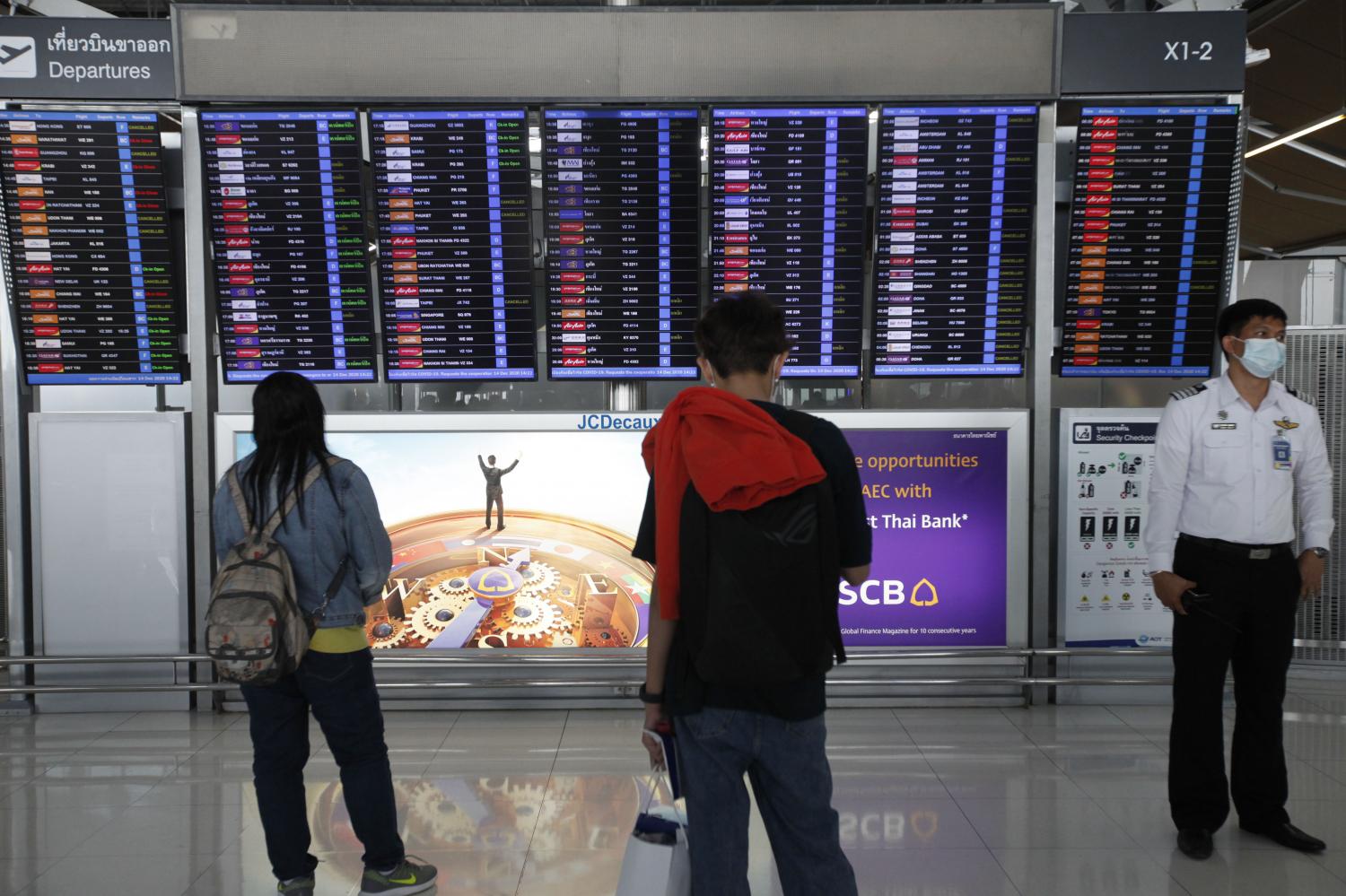 Passengers examine the status of their flights at Suvarnabhumi airport.

The global crisis continues to wreak havoc on air travel and loss-ridden Nok Air became the second local airline to restructure its debt load of 5.15 billion baht by submitting a rehabilitation petition to the Central Bankruptcy Court on July 30, 2020.

As of Dec 31, 2020, Nok Air reported a comprehensive loss on the part of its parent company of 7.9 billion baht, a significant increase over the 1.9 billion-baht loss recorded a year earlier.

The dismal results were largely attributed to the pandemic and the liquidation of the low-cost, long-haul carrier NokScoot, a joint venture subsidiary between Nok Air and the Singapore-based carrier Scoot.

Apart from debt restructuring, the five-year rehabilitation programme will ensure that the airline can sustain its operations post-pandemic and differentiate itself as a premium airline to avoid price wars.

Meanwhile, NokScoot, which was founded in 2014, was not able to do as its parent company had done as it signed the registration for business dissolution with the Department of Business Development on July 29, 2020 after the pandemic situation interrupted its business. 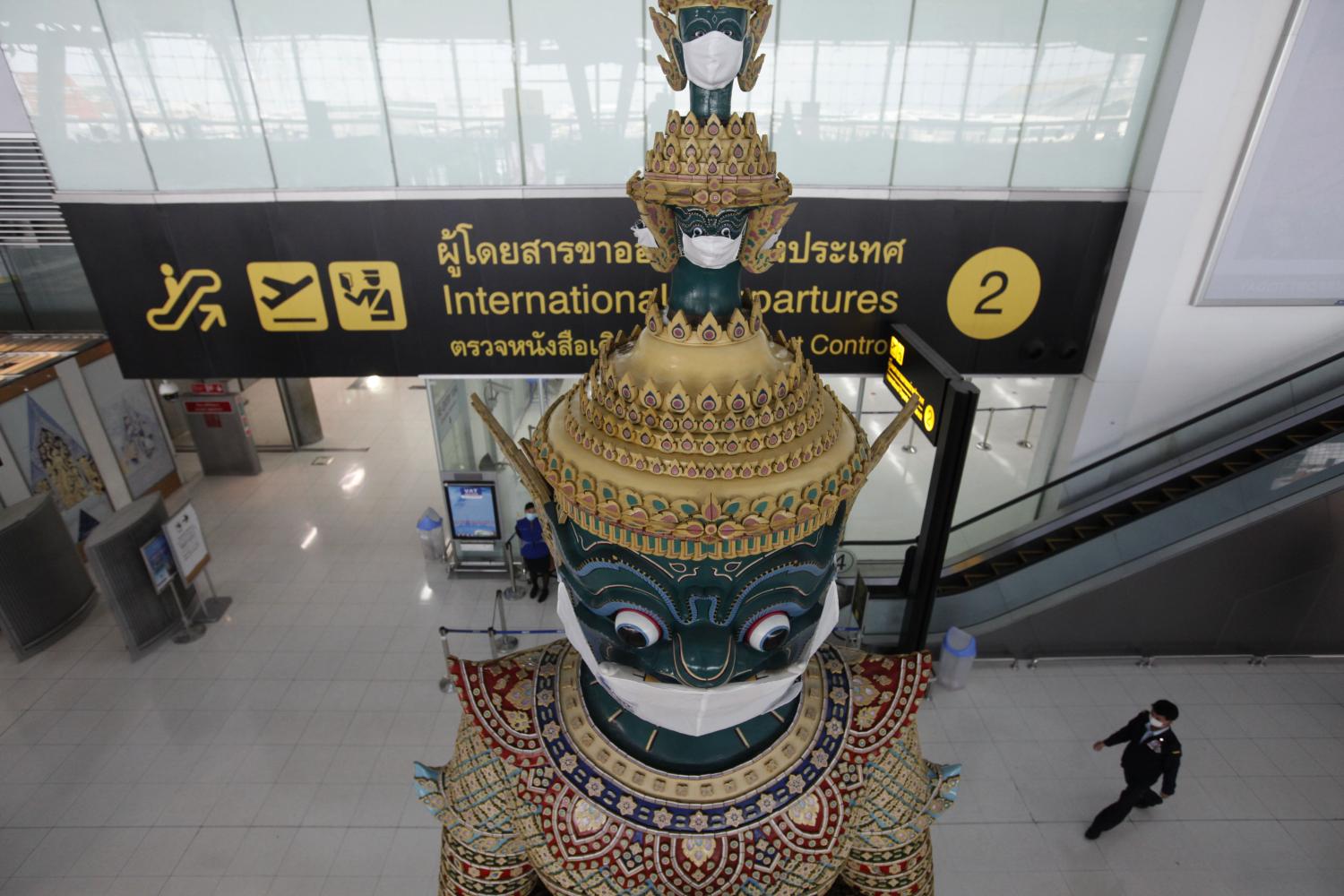 The 'yak' statue at Suvarnabhumi Airport wears a face mask as part of a campaign to remind people to continue wearing masks and observe social distancing to prevent transmission of Covid-19. (Photo: Wichan Charoenkiatpakul)

Last week, the low-cost, long-haul carrier Thai AirAsia X (TAAX) became the latest airline to file for bankruptcy as the court accepted its case on May 18.

TAAX, like NokScoot, grounded most of its fleet since international borders were closed in 2020, particularly within Asia, where they were mostly firmly shut.

Without income, losses have continued to accumulate over the past two years.

However, the airline is set to start operating flights to Korea and Japan by June as planned with plans to further expand in the future.

TAAX still hopes that the rehabilitation programme will allow it to enhance the administration process, particularly in terms of debt management, while preparing for a tourism rebound post-pandemic. 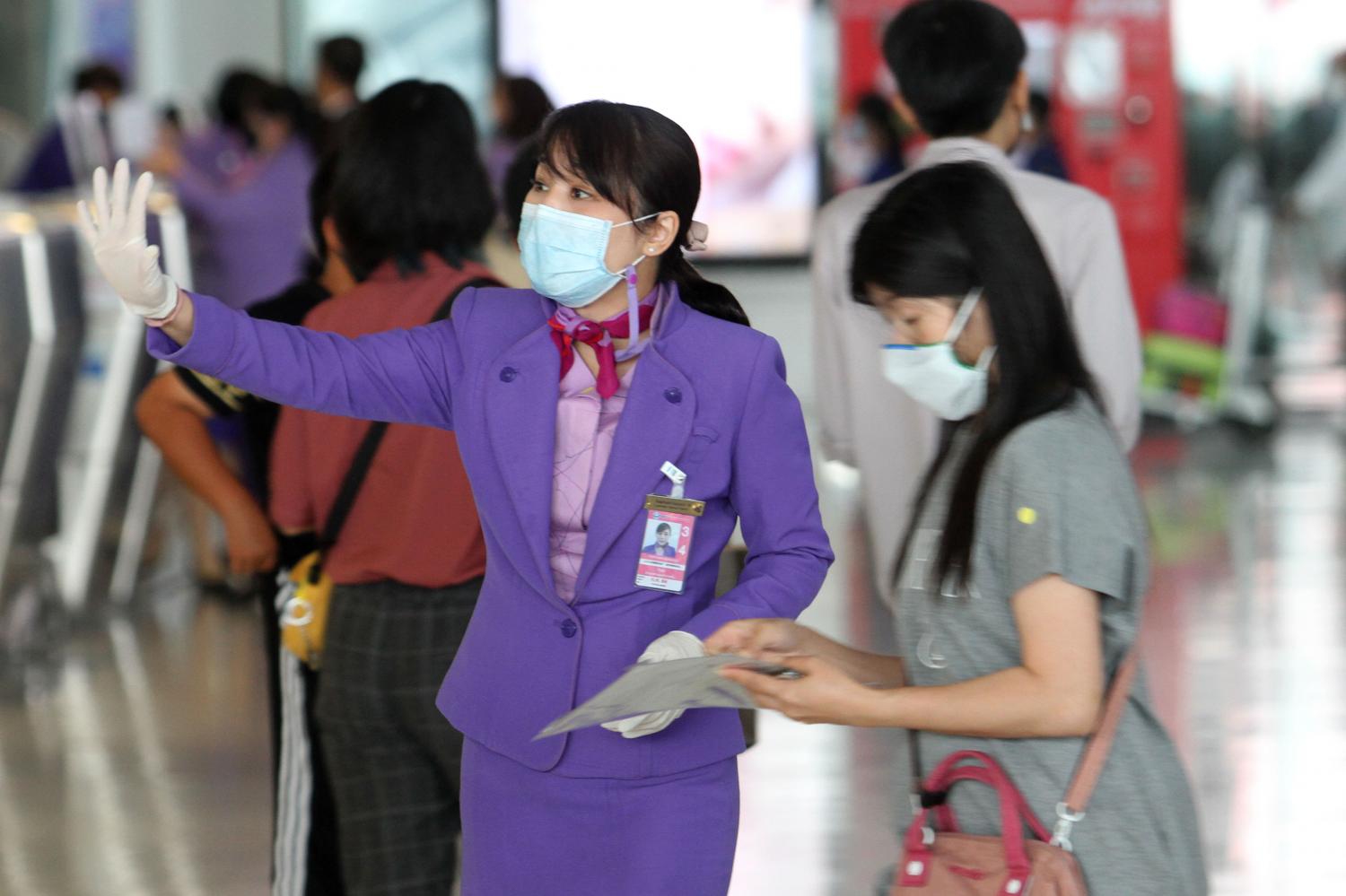 An attendant of Thai Airways International assists a passenger at Suvarnabhumi airport during the pandemic. (Photo: Wichan Charoenkiatpakul) 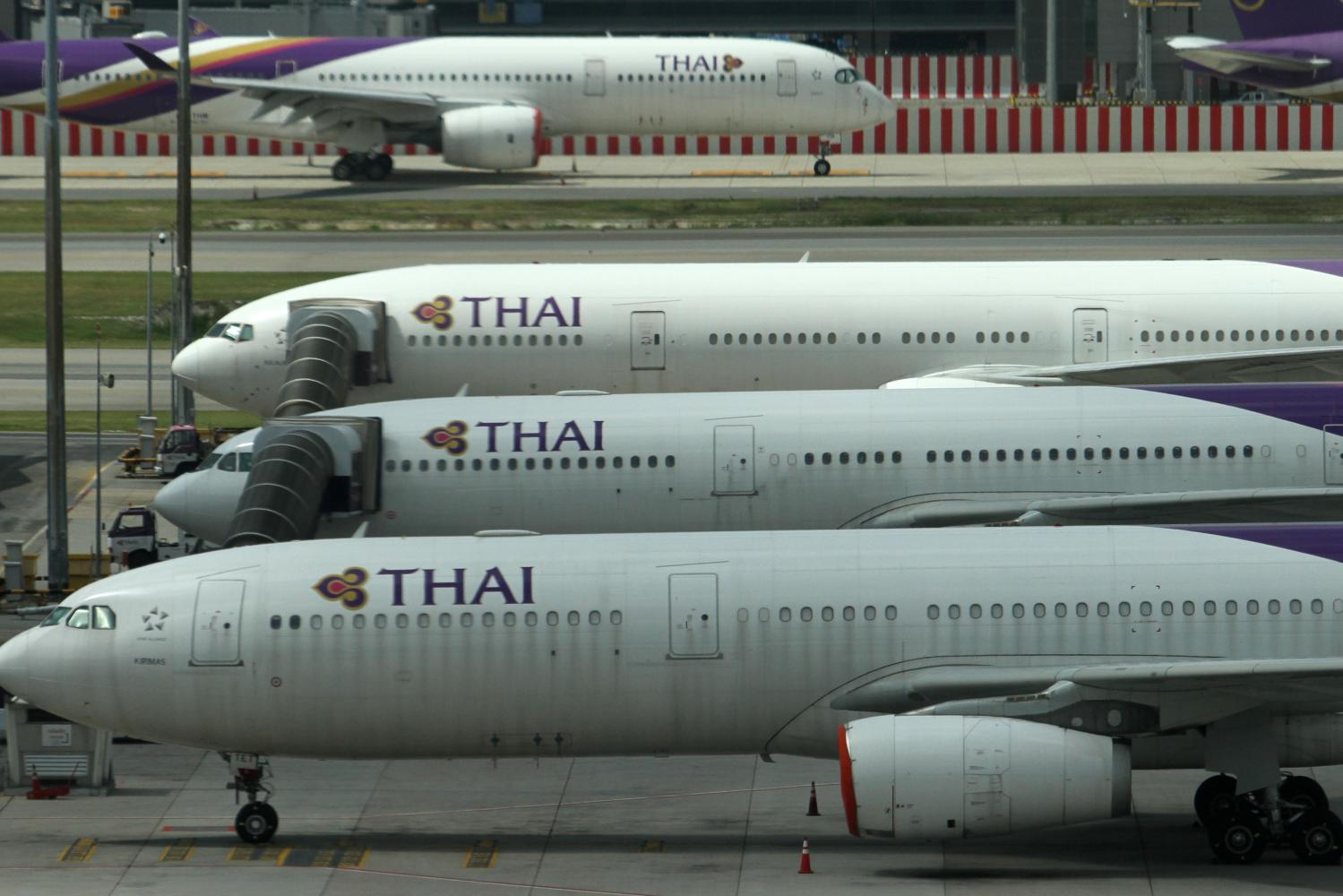 Thai Airways International's aircraft are parked on the tarmac at Suvarnabhumi airport during the pandemic. (Photo: Wichan Charoenkiatpakul) 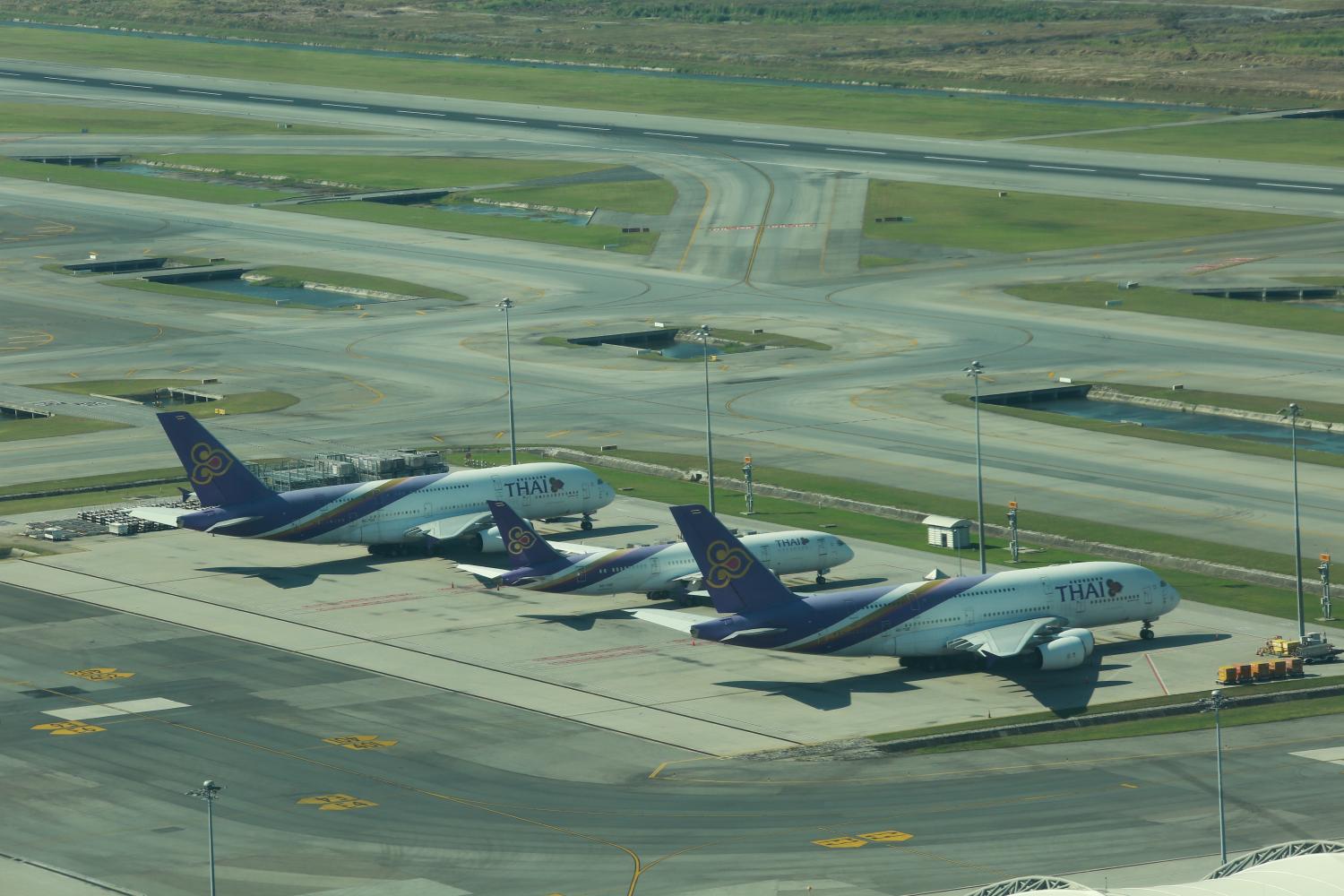 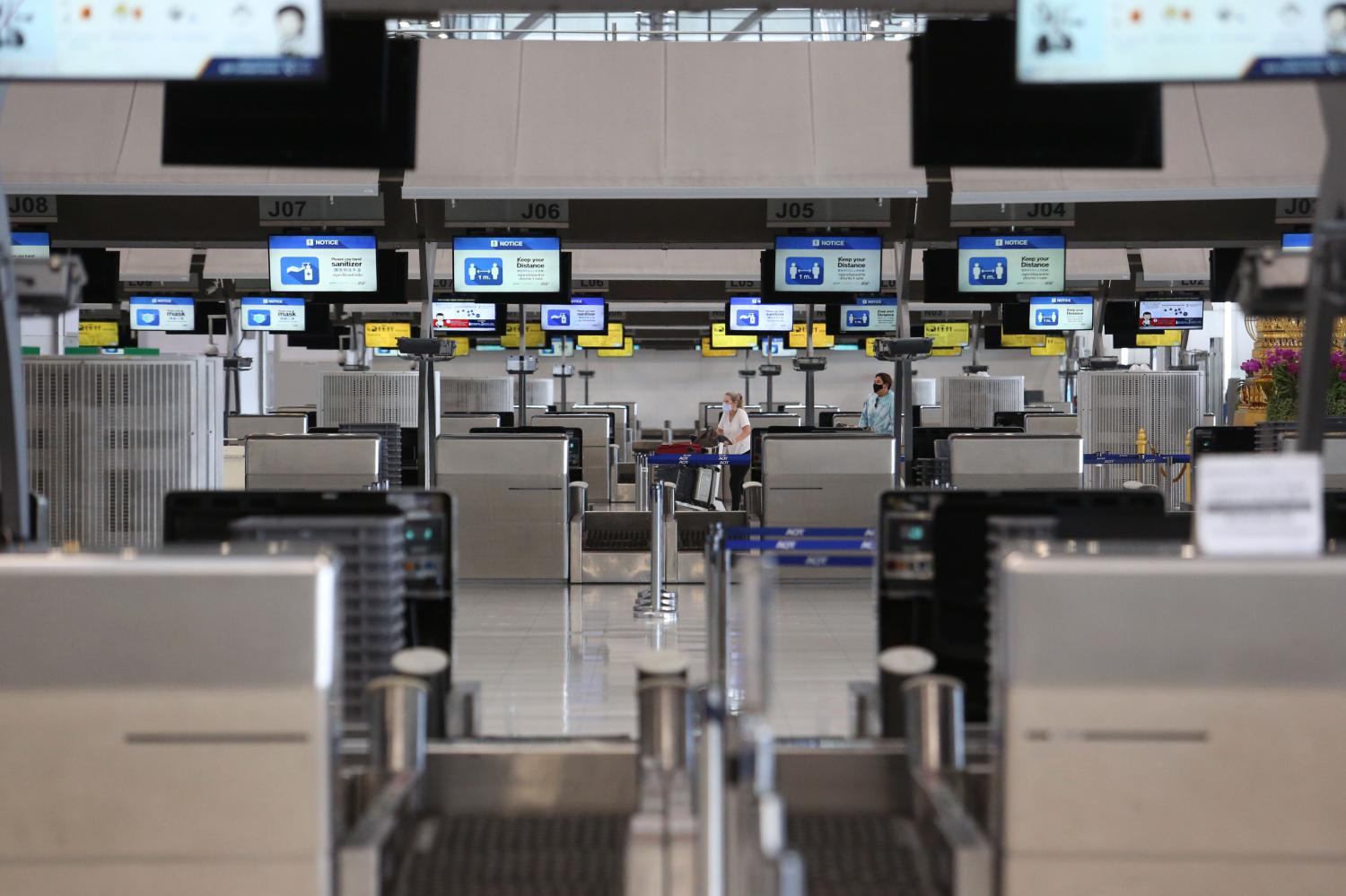