Just as it was emerging from the pandemic, region grapples with new challenges posed by Ukraine crisis, but cautious optimism persists.

Asian economies are looking ahead with optimism for a recovery in economic growth but with some reservations about the current global dynamics marked by the Russia-Ukraine conflict, rising inflation and commodity prices. 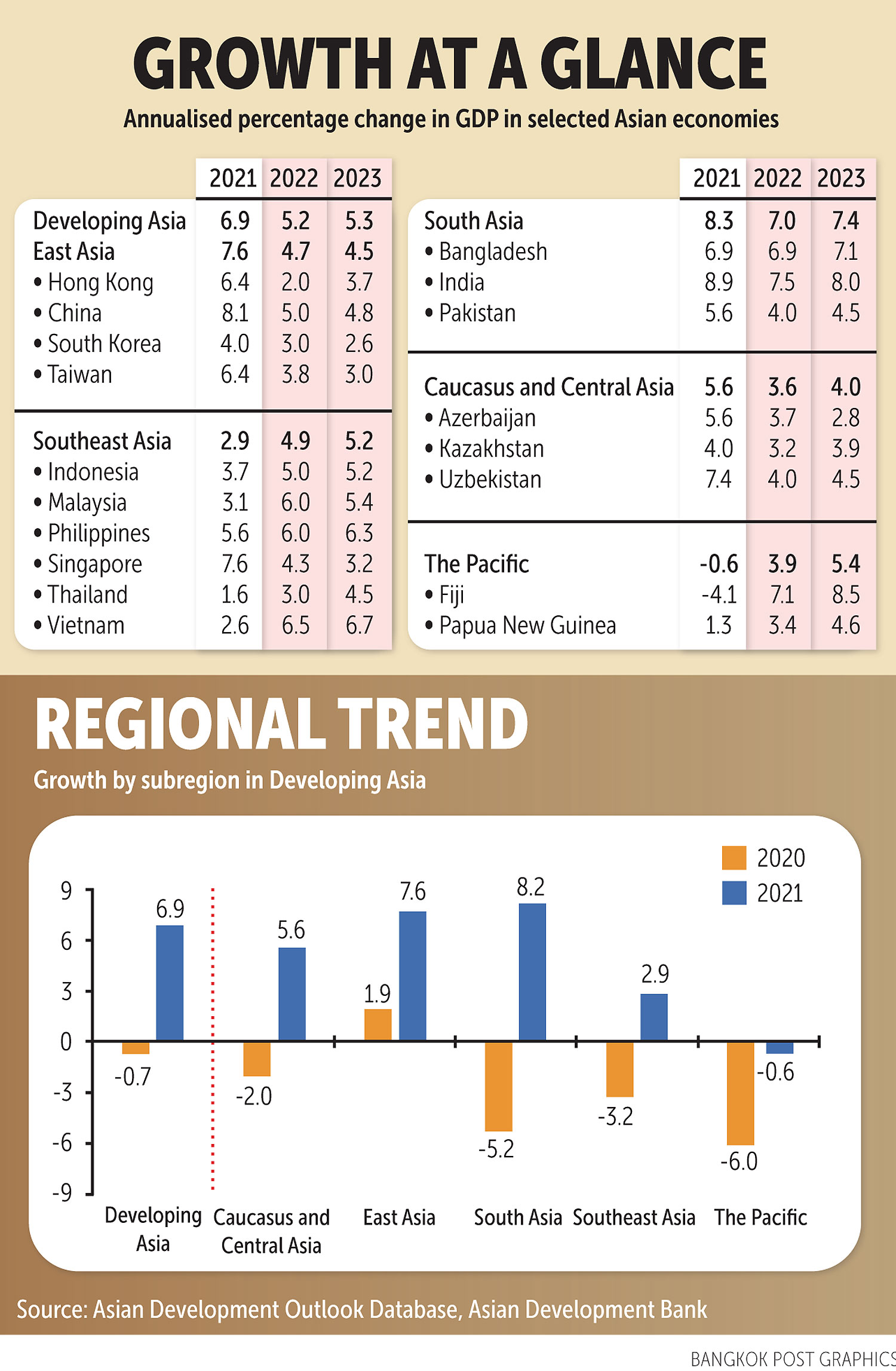 Southeast Asian economies, most of them highly trade-dependent, are forecast to grow by 4.9% this year and 5.2% in 2023, according to the most recent Asian Development Outlook 2022 in April by the Asian Development Bank (ADB).

Asean economic ministers, in a joint statement issued at the end of a meeting in Bali on May 17 and 18, also expressed optimism that growth in the region would be similar this year and next, marking a return to its pre-pandemic levels.

"Asean is, however, cognisant that the region's recovery momentum and growth prospects are vulnerable to current geopolitical situations, supply chain disruptions, shortages in key commodities and inflationary pressures," they said in the statement.

Amid the positive projections for an economic rebound, challenges remain for global policymakers, particularly those from the G20 group of countries, to respond to new crises arising from Russia's invasion of Ukraine.

That would involve coming up with new rules and norms that can push back protectionism and great power confrontation, according to Andrea Goldstein, head of the Indonesia desk of the Organisation for Economic Cooperation and Development (OECD).

Over the past decade the G20 has played a growing role in steering the global economy, and now its large emerging economy members are coming to the fore. Indonesia will host this year's leaders' summit, followed by India in 2023 and Brazil in 2024. 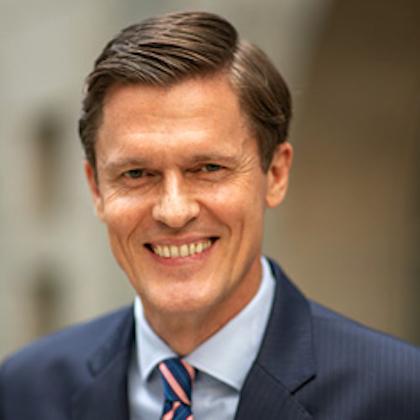 "Southeast Asia is obviously part of this conversation, and particularly this year because Indonesia is chairing as an individual country, but (the G20) pays a great deal of attention to the concerns of the interests and objectives of Southeast Asia," Mr Goldstein said during a recent webinar on the Asean economic outlook held by the ADB, the Jakarta-based Economic Research Institute for Asean and East Asia (ERIA) and Refinitv, an American-British global provider of financial market data and infrastructure.

For its part, Indonesia is using its G20 chairmanship to set out three major issues for group discussion: the development of global health infrastructure, digital transformation and the transition to green energy.

"These are the three main deliverables in Indonesia's G20 presidency, with an expectation that it would result in a stronger and sustainable global recovery, in which economic growth can be parallel with health, digital technology and green energy," Luhut Binsar Pandjaitan, coordinating minister for maritime and investment, said at a briefing on May 24.

Indonesia is preparing to host the leaders of the world's largest economies and several heads of international organisations on Bali on Nov 15 and 16; it will be the largest international gathering of world leaders the country has seen since the Asia Pacific Economic Cooperation (Apec) summit in 2013.

Apart from the other 19 leaders of the G20 countries -- including Russia -- Jakarta has invited 10 other leaders: Ukrainian President Volodymyr Zelensky and nine leaders of international organisations.

Mr Goldstein said that what the group needs to come up with is a new set of rules and norms to combat the growing pushback against globalisation and free trade, a trend that's increasingly visible in all regions and at all levels of national income and wealth. As this year's chair Indonesia can play a role by listening to the concerns of the developing countries in Southeast Asia.

In the field of energy, the transition toward a greener and less carbon-intensive economy will necessitate substantial interventions, he noted. Indonesia in its role as the G20 chair can push for a global discussion of these issues, given how the prevailing price inflation in energy markets has had consequences that are also affecting food security, while food inflation is the main challenge for countries like Indonesia and the rest of Asia, he added. 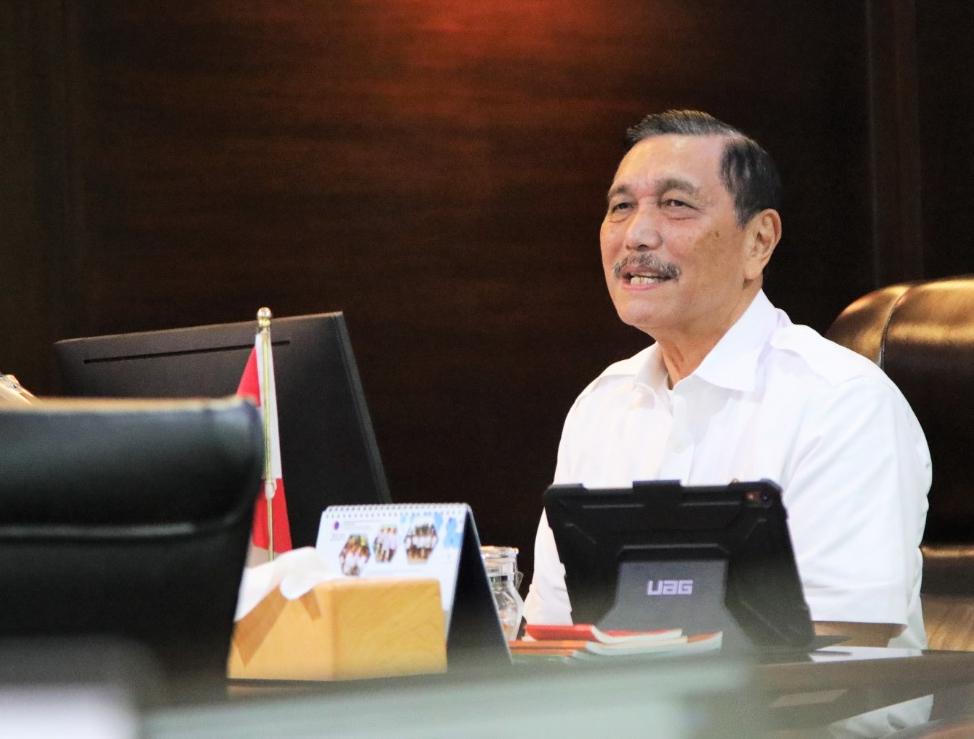 In Southeast Asia, divergence can be seen between economic and development indicators but there is reason for optimism, said panelist Winfried Wicklein, the deputy director-general for Southeast Asia at the ADB.

The optimism also stems from coordinated efforts to build back better, greener and more inclusively, and these seem to be driving a virtuous cycle that is not only good for the planet, but also is generating more growth and more jobs.

"Southeast Asia is both the contributor to, and one of the regions most badly affected by the impact of climate change," Mr Wicklein said. "So, economically, there is a good prospect, for inclusiveness and sustainability of growth, that has to come through the recovery."

He also said he was encouraged that the rise of digital technology and related innovations is driving systemic change in many areas of the economy and in all humans' daily lives. Outdated legacy systems that are more costly and inefficient are gradually being replaced.

"We envision a stronger and more inclusive and green recovery for the region, but for sure the present conditions and realities are extremely complex and make policy in the region rather challenging to say the least," he said.

"So our analysis, our understanding, knowledge sharing and regional cooperation are today more important than ever."

But the risks for the region must also be faced, cautioned Henry Ma, a senior country economist with the ADB in Indonesia. If he could describe Southeast Asia in six words, he said, it would be "solid recovery, good prospects, big uncertainty".

One big source of uncertainty for Southeast Asian countries is China's tight border restrictions in response to the current Covid wave. It appears increasingly unlikely that many Chinese citizens, if any at all, will be travelling abroad this year.

The Russian invasion of Ukraine and its numerous economic consequences continues to pose the most severe risk to the economic outlook for developing Asia. The war is already affecting economies in the region through sharp increases in prices for commodities such as oil, and has heightened instability in global financial markets.

Anthony Tan, senior economist at the Asean+3 Macroeconomic Research Office (Amro), said it would certainly dampen, if not limit, the pace of recovery for tourism-dependent Asean economies such as Thailand, which welcomed nearly 40 million tourists in 2019, as well as Cambodia and Vietnam.

"The near complete loss of this (Chinese) market is truly significant," he said. "Therefore the prospects for a strong recovery in tourism-dependent countries in Asean is unlikely to be bright until China fully reopens its borders." 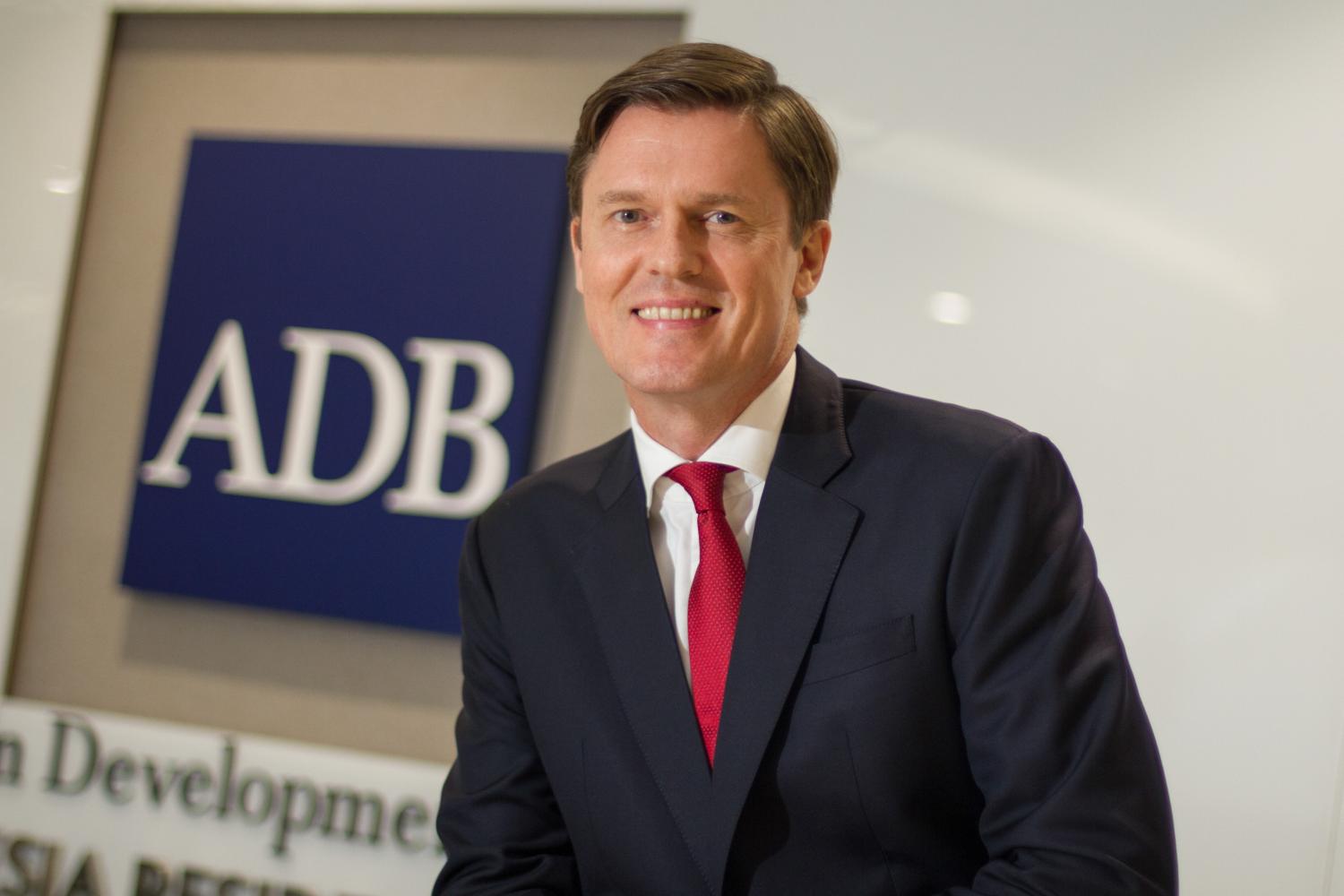 He also acknowledged that economic "scarring" -- the long-term effects of a crisis -- in areas such as labour supply, capital accumulation and productivity can linger long after a shock such as Covid takes place. As a result, the recovery from a shock might not always be strong enough to bring gross domestic product (GDP) to the pre-shock level.

"It is also important to recognise that scarring will take various forms in different economies. So naturally, we will see some countries more affected than others," Mr Tan said.

According to the ADB, the Ukraine crisis poses the most severe risk to the outlook for developing Asia as it has pushed prices for oil, food and commodities higher and has heightened instability in financial markets.

The scarring effect on labour supply, meanwhile, will be felt most strongly in the region's ageing economies, where the pandemic has intensified chronically declining birth rates, notably in Hong Kong, Japan, South Korea and Singapore, Mr Tan said. If such a trend persists, he added it would indeed be concerning.

Scarring of capital accumulation is being felt in terms of commitments that have fallen short, after extraordinary pandemic support policies have consumed a lot of fiscal resources that could otherwise be used for public investment to generate future growth, especially in infrastructure.

"This means that capital formation in infrastructure, especially in economies with the largest (infrastructure investment) gap, has taken a backseat," Mr Tan pointed out.

He also stressed the importance of advanced information communication technology infrastructure to support the region's growing digital economy. Digital soft infrastructure has helped to optimise current physical infrastructure, he said, citing an example from Indonesia which was once a laggard in telecommunication but has now managed to grow its economy by investing in digital connectivity, especially mobile.

While Mr Tan still sees a lot of headwinds confronting Asean economies, he said he believes that the fundamentals remain strong and the region is weathering external challenges from a position of strength.

"So in that sense, it is heartening to know that there are sufficient policies. Economic resilience has improved." he said. "There's a bit of comfort that we can somehow ride out (the storm) this time and then perhaps emerge stronger and to build back better."

Also expressing cautious optimism for the recovery was Tiat Jin Ooi, lead consultant with the E-S-I Knowledge Lab of the ERIA.

"What is needed is really a continued public-private partnership, whether on the policy front or on the economic front," he said.

The Minister of Digital Economy and Society (DES), Chaiwut Thanakhamanusorn, has proposed the setup of an Asean committee focused on fraud prevention from call centre gangs.