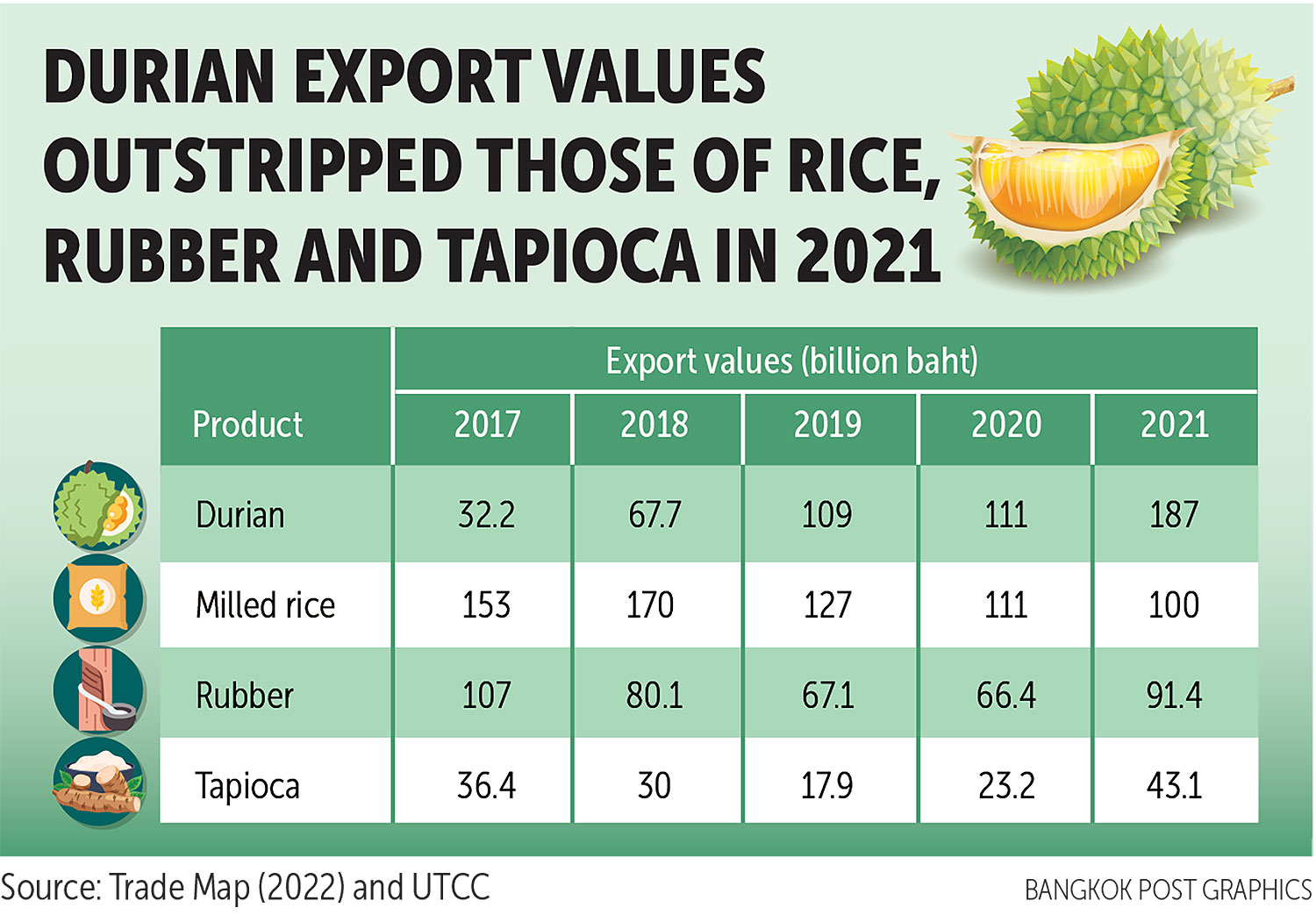 According to Aat Pisanwanich, director of the Center for International Trade Studies at the University of Thai Chamber of Commerce (UTCC), Thai durian exports have increased continuously over the past five years, with the value rising from 111 billion in 2020 to 187 billion baht last year.

This year, the value of durian exports was forecasted to reach 200 billion baht, with money in circulation in the domestic durian production and trading chains -- covering farmers, traders, labour, logistics and packaging -- estimated to increase by 8.6% this year to 700 billion baht from 640 billion baht in 2021.

The Durian Risk Index (DURI), the first of its kind, which was developed by the UTCC's Center for International Trade Studies, forecasts that during the years 2022-26 the index would stand at 51, 54, 57, 55 and 60 points, respectively, indicating that Thai durian is subject to high risk.

According to Mr Aat, the risks for durian include a surge in plantation areas over the past 10 years, especially in the northeast and eastern regions.

As a result, annual output increased significantly during this period.

If Thailand does not have prudent and effective management, an impact on the price may transpire as happens to other crops, he said.