This file photo illustration shows a person posing during a photo session showing the social platform Facebook logo reflected in the pupil of an eye on April 25, 2018, in Paris. (Photo: AFP)

Meta Platforms Inc's Facebook is re-examining its commitment to paying for news, people familiar with the matter said, prompting some news organisations to prepare for a potential revenue shortfall of tens of millions of dollars.

The Journal fee is part of a broader Facebook News deal largely negotiated by parent company Dow Jones & Co, including annual compensation worth more than $20 million, people familiar with the partnership said.

At the heart of these deals is Facebook's dedicated News section, which curates a selection of free articles for readers.

Facebook, which pays news publishers to feature their content without a paywall, in 2019 agreed to three-year deals with various publishers that are set to expire this year.

Facebook has not provided publishers with any indication that it plans to re-up the partnerships in their current form, or at all, according to people familiar with the matter.

The company is looking to shift its investments away from news and toward products that attract creators such as short-form video producers to compete with ByteDance Ltd's TikTok, according to some of the people.

Facebook is also investing heavily in the metaverse, as highlighted by its recent name change to Meta.

Also, Meta CEO Mark Zuckerberg has been disappointed by regulatory efforts around the world looking to force platforms like Facebook and Alphabet Inc's Google to pay publishers for any news content available on their platforms, people familiar with the matter said.

Such moves have damped Mr Zuckerberg's enthusiasm for making news a bigger part of Facebook's offerings, they said. 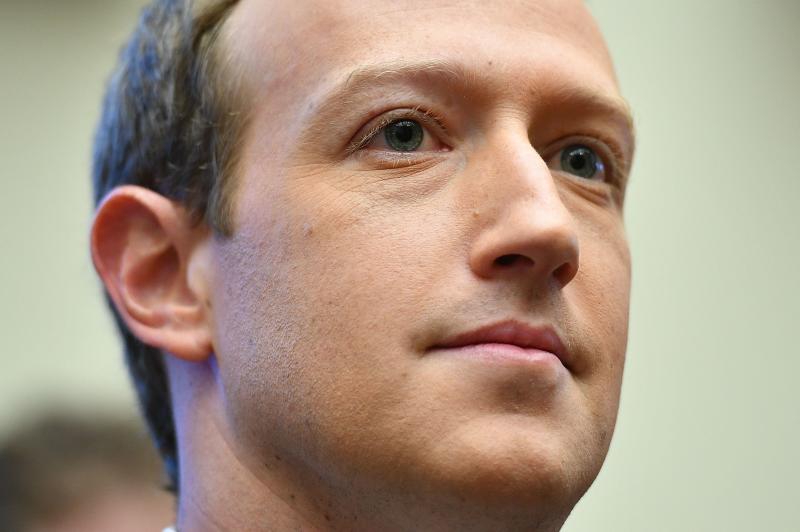 In this file photo taken on Oct 23, 2019, Facebook Chairman and CEO Mark Zuckerberg arrives to testify before the House Financial Services Committee on "An Examination of Facebook and Its Impact on the Financial Services and Housing Sectors" in the Rayburn House Office Building in Washington, DC. (Photo: AFP)

Last month, Campbell Brown, the former NBC and CNN journalist who was the architect of Facebook News, announced she took on a new, broader role overseeing global media partnerships, which encompasses tie-ups with everything from sports leagues to film studios.

The Information earlier reported that Facebook was reconsidering its payments to publishers and shifting its emphasis.

If Facebook pulls back on its payments to United States news publishers, it would represent the end of a certain detente in the fraught relationship between online content makers and the social-media giant.

Publishers that have struggled to compete for digital ad revenue with Google and Facebook have criticized the tech giants for not paying for the news content that is featured and shared on their platforms.

Dow Jones parent News Corp was among the most vocal critics.

The Journal gets the bulk of the Dow Jones payments, which are made up mostly of cash but also include other forms of compensation, such as credits for marketing on Facebook, according to people familiar with the matter.

The deal encompasses other Dow Jones publications as well as the New York Post, which is owned by News Corp.

Many other US news publishers are getting payments from Facebook to have their content featured in its news tab, but they only get a fraction of the sums paid to The Washington Post, The New York Times and Dow Jones, according to people familiar with the matter.

Facebook is paying more for access to paywalled content, while publishers whose stories are accessible for free are getting less money, a person familiar with the deals said.

The smaller deals usually are for less than $3 million a year, the people said.

The Times last year had revenue of $2.1 billion, while Dow Jones reported $1.7 billion in revenue for its last fiscal year, which ended June 30, 2021.

Facebook announced the launch of Facebook News -- which users can find as a tab on the mobile app or website, similar to the Facebook Watch tab for video -- in the fall of 2019, on the heels of widespread criticism about the impact that Facebook and Google's growing share of the digital ad market was having on news organizations -- particularly local ones.

By 2018, Facebook and Google were getting 77% of the digital advertising revenue in local markets, and 1,800 US newspapers had closed down since 2004.

The launch of the News tab was a crowning achievement for Ms Brown, whom Facebook hired to improve its relationships with publishers, according to people familiar with the matter.

Facebook first rolled out the product in the US, offering upfront payments to news organizations. It expanded it to the United Kingdom, Germany and Australia in 2021, and France this year.

All the while, Facebook was facing a continuing regulatory onslaught around the world. Regulators in the European Union, France, the UK, Australia and the US took steps aimed at forcing the platforms such as Google and Facebook to pay publishers for news content available on their services.

Facebook opposed a law that passed in Australia so vehemently that it moved to block the publication of any news story on its platform in the country.

In the process, it also ended up shutting down the Facebook pages of many of Australia's health, charity and emergency services for five days -- a move that whistleblowers allege was deliberate and that Facebook described as an accident.

This spring, a revamped version of the US legislation aimed at forcing the platforms to negotiate payment with publishers began circling in Congress, this time with a provision that would require the platforms to engage in baseball-style, "final offer" arbitration -- the same measure that prompted Facebook to pull news in Australia.