Thai oil refineries are targeted by the government as it plans to use their profit from margins to help support the Oil Fuel Fund. (Bangkok Post file photo)

The government will consider using profits from oil refinery margins to help support the Oil Fuel Fund as it continues to subsidise fuel prices despite having slipped 85 billion baht into the red.

Energy Minister Supattanapong Punmeechaow said on Monday that consideration is being given to scalping some of the profits made by Thai oil refineries and natural gas separation plants to support the fund so it can be managed in a way that will benefit economy as a whole.

The ministry has already asked the Council of State, as well as the Office of the Attorney-General, for advice on how to proceed.

"The two agencies suggested that the ministry must tread carefully because contracts exist and any action that may dampen investment should be avoided," Mr Supattanapong said.

He said the matter may have to go before the cabinet, but added that the proposal is no different to that of the Kla Party.

Kla leader Korn Chatikavanij is pushing a similar set of proposals to help those affected by soaring petrol prices, including modifying the kingdom's refining margin ceiling.

Drivers pay the refinery margin when they fill up at petrol stations and it is considered a cost added to the price of refined crude oil, he said. 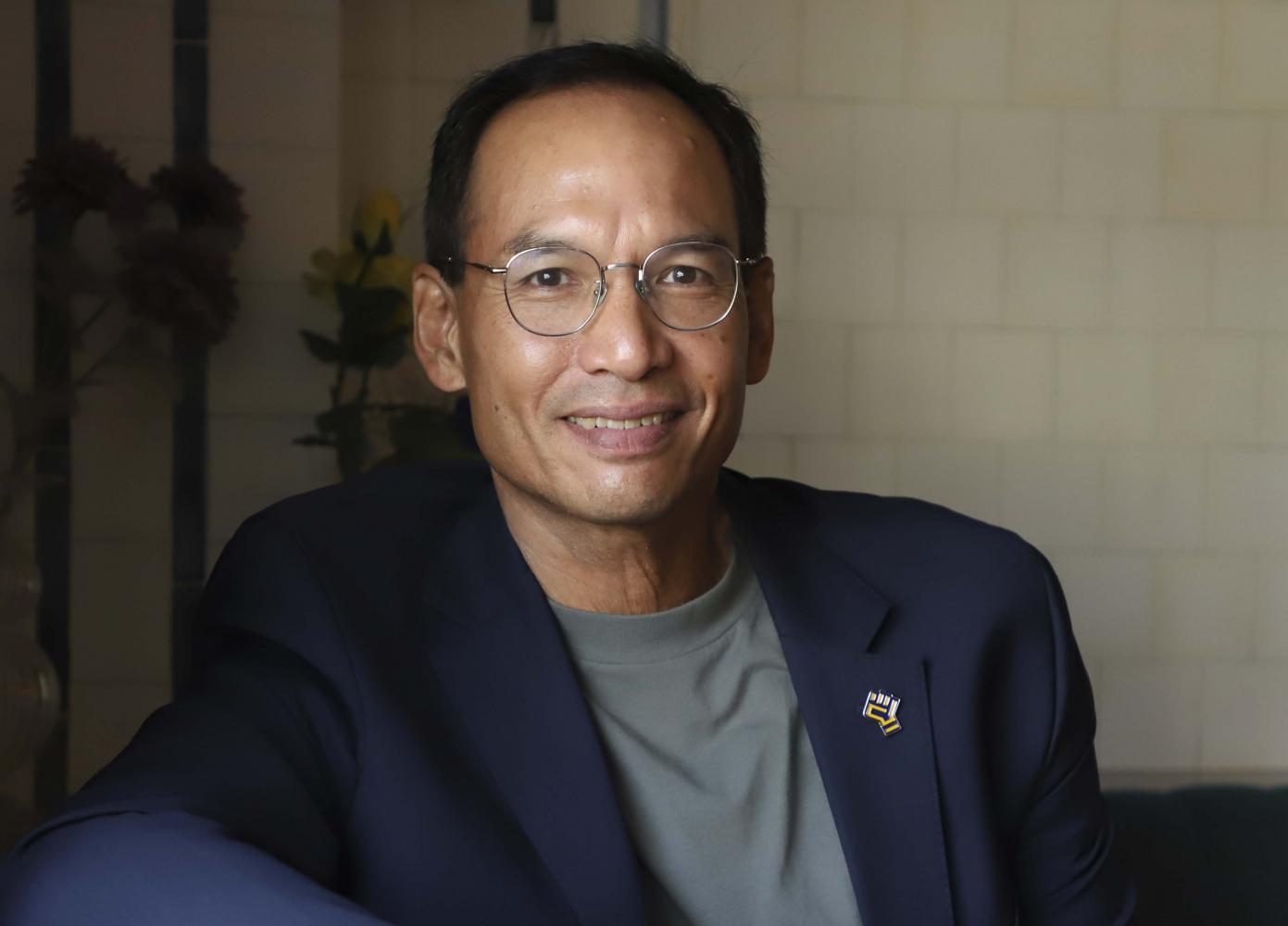 The former finance minister said a higher margin serves as a financial burden on consumers and the Oil Fuel Fund, which is now in the red.

In response, Mr Supattanapong said yesterday that the refinery margin had averaged only 2-3 baht per litre over the past five years.

Before Covid-19, the refinery margin stood at 90 satang per litre and it has increased gradually to its current rate of 5 baht per litre, not 8.5 baht as stated by the Kla Party leader, Mr Supattanapong said.

He further said that although the Energy Ministry has the authority to proceed, it must seek legal advice from the two agencies first.

He said he will meet with representatives of the Finance Ministry, the Bank of Thailand, the National Economic and Social Development Council and the Budget Bureau today in order to discuss the issue.

"The meeting will also discuss inflation which, despite government policy to curb it at no more than 5% this year, is expected to continue to rise due to high prices,'' he said. 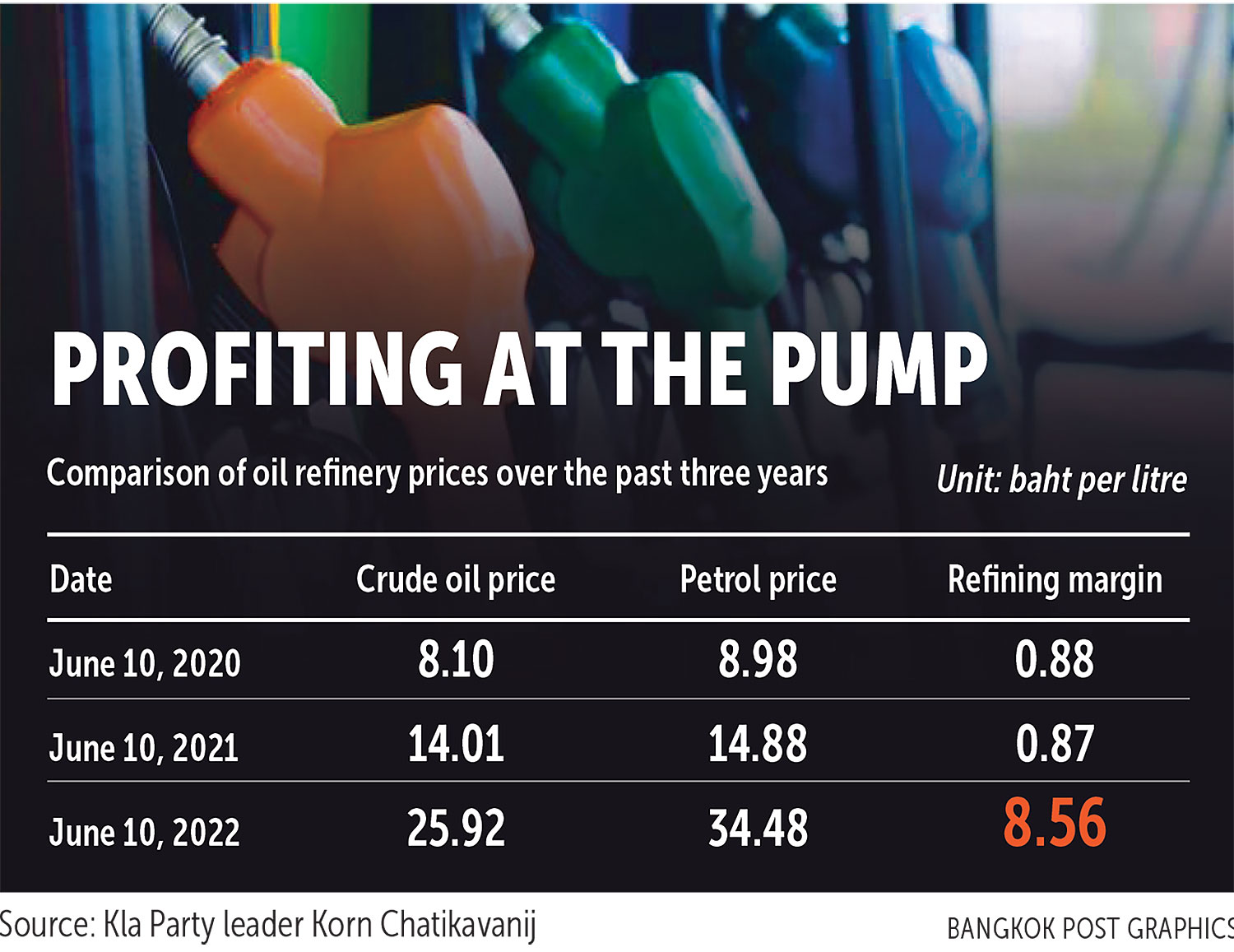 "The refinery margin issue has some legal technicalities. The government can only ask for cooperation from refineries,'' Gen Prayut said, adding that the government has done its best to help by reducing diesel excise.

The domestic price of diesel had been capped below 30 baht a litre for months before the government decided to gradually allow it to rise to its current rate of 34.94 baht a litre due to the Oil Fuel Fund's problems.

A source said Mr Supattanapong recently instructed agencies to work with the Commerce Ministry, the Office of the Consumer Protection Board and operators of oil refineries to study the feasibility of such a move.

However, there has yet to be a consensus on the level of profit to extract from the sector, he said.

"Forcing a reduction could violate rules on free trade,'' the source said.