Farmers urged to cash in on high-value trees
Business

Farmers urged to cash in on high-value trees

Perennials can be used as collateral

Farmers can use the trees they cultivate or have on their farmland as loan collateral under the Secured Transactions Act, which was enacted in 2018.

Farmers are being encouraged to use high-value trees as loan collateral to help mitigate the financial hardships caused by the pandemic.

Thosapone Dansuputra, director-general of the Business Development Department, said that over the past few years the department had collaborated with the Bank for Agriculture and Agricultural Cooperatives (BAAC) to organise campaigns to encourage farmers to grow more perennial trees on their land to optimise yield and increase their income.

The campaigns also encourage farmers to use the trees they grow or have on their farmland as loan collateral under the Secured Transactions Act.

The Secured Transactions Act, in force since July 2016, gives small and medium-sized enterprises (SMEs) and startups easier access to credit by letting them use inventory, raw materials and intellectual property as collateral.

The law helps unlock the financial limitations of entrepreneurs in securing loans, which in turn boosts economic growth.

In 2018, the cabinet endorsed the Commerce Ministry's ministerial regulation to allow the use of 58 varieties of high-value trees such as teak and Siamese and Burmese rosewood as collateral under the Secured Transactions Act. 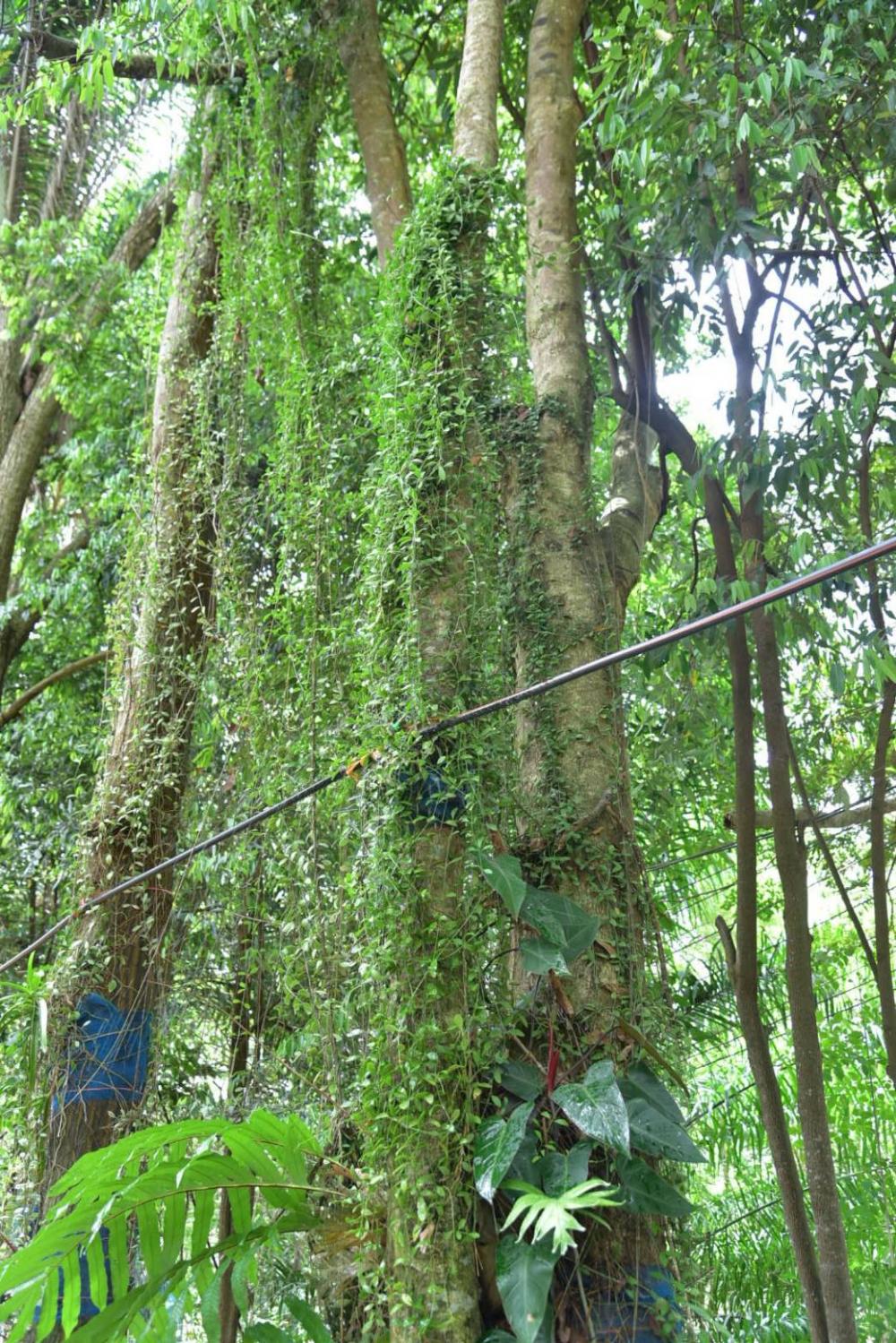 The regulation encourages people to grow more high-value trees on their land for income and to let SMEs gain greater access to funding sources.

As part of efforts to promote reforestation and encourage people to grow high-value trees on their own land, in 2018 the cabinet approved an amendment to the Forest Act of 1941, enabling people who grow such trees to harvest them for income.

Pikul Kittipol, president of an agarwood farmer group in Rayong, said agarwood growers would like financial institutions to provide them with loans under the Secured Transactions Act. She said this was because agarwood trees have a high value, as all parts of them, be it the trunk, roots, leaves, or limbs, can be used as raw materials for many products such as perfume, medicine, and cosmetics.

According to Mrs Pikul, Japan buys agarwood leaves to extract substances to manufacture a drug for colon cancer treatment.

Agarwood distilled water also has benefits as an antioxidant, she said.

Farmers in Rayong under Mrs Pikul's group currently plant agarwood with other valuable trees such as teak, Siamese rosewood, ironwood, and Siamese Sal.

According to Mrs Pikul, farmers are legally allowed to cut and process trees after the Royal Forest Department changed its law to comply with the Secured Transactions Act, but the farmers have to apply for permission from the Forest Industry Organization (FIO) before exporting.

"The farmers would like the government to improve the regulations by unlocking the permission regulation related to FIO that will help facilitate farmers' trading," said Mrs Pikul.

Agarwood is considered the most valuable cash crop in the world because it can be used for both oil plants and heartwood, which are valuable when extracted and processed, and can be exported around the world.

Agarwood planting is under a List 2 conserved plant species, just like orchids. Agarwood permitted for export has to be registered with the Agriculture Department under the CITES convention, and the trees have to be from farmers' plantations and not from restricted forests.

The key markets for agarwood exports are the Middle East and Europe. Thailand is the largest exporter of agarwood, followed by Singapore and India.