With the virus set to become classified as endemic in 9 days, some national rules are easing

As Thailand plans to downgrade Covid-19 to endemic status in July, several rules from the pandemic era such as wearing a mask in public and mandatory purchase of Covid health insurance to enter the nation for foreign visitors are set to change.

Q: What are the current mask rules for Thailand?

The Centre for Covid-19 Situation Administration (CCSA) recently announced that all 77 provinces in Thailand would be redesignated a green zone, which means wearing a face mask outdoors is voluntary except in crowded places such as public transport, markets and concert venues, or for people with certain health conditions.

As for indoors, Dr Taweesilp Visanuyothin, the spokesperson for CCSA, said wearing a mask is highly recommended. He said it is acceptable to remove a mask under three conditions:

If you are in a specific area alone;

If you can safely social distance yourself from others and the area is well-ventilated;

If you are eating, exercising, performing an art, or receiving care or service on your face.

The relaxed measures listed above only take effect when published in the Royal Gazette, along with other recommended changes to the Covid-19 regulations. A publication date has not been set yet as more government guidance is expected after the cabinet meeting this week.

Q: What about operating hours for bars and night entertainment venues?

Since the beginning of June, pubs, bars, karaoke venues, massage parlours and nightspots in most areas have been allowed to reopen and serve alcohol until midnight. There have been growing calls, including from new Bangkok governor Chadchart Sittipunt, for hours to be extended to 2am.

"When alcohol sales were banned in restaurants during the pandemic, many people resorted to gathering and drinking on roadsides on their own. It is better to allow nightlife venues to open and control drinking. It should be brought out into the open," Mr Chadchart said.

It remains unclear when operating hours will be extended to 2am. Dr Taweesilp from CCSA said at least three laws stipulate different closing hours for night entertainment venues. 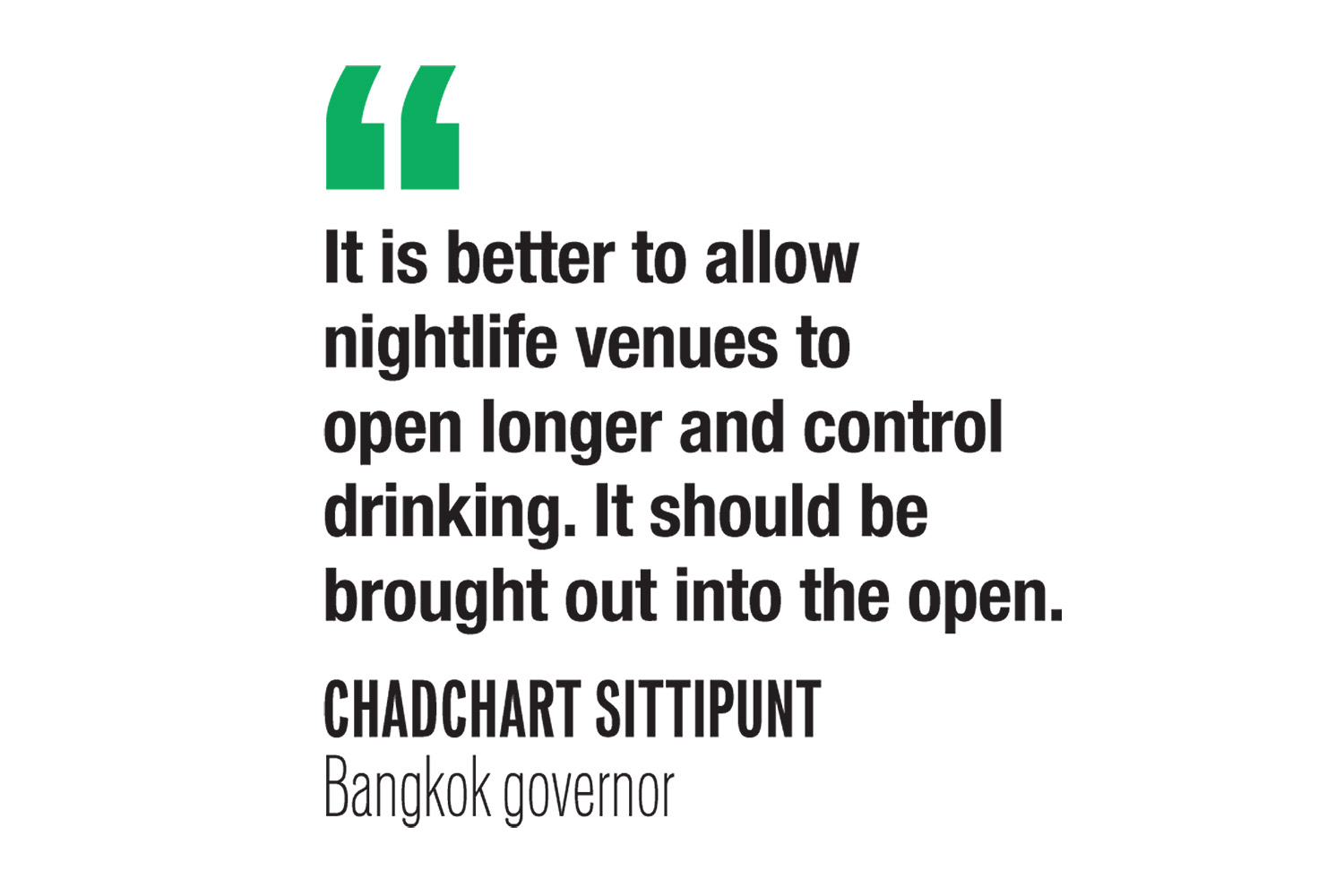 The CCSA instructed the National Security Council secretary-general Supoj Malaniyom, who serves as chief of the CCSA's operations, to study the legal details before submitting a proposal to the cabinet.

Sanan Angubolkul, chairman of the Thai Chamber of Commerce, emphasised that easing restrictions is crucial to resurrecting the pandemic-battered economy. The extension of operating hours would also serve as a signal for restaurants, taxis and other businesses to resume their services as normal, he said.

"Income from nighttime businesses across the country is estimated at 30-50 billion baht per month. We expect 200 to 300 billion baht worth of monetary circulation will resume in the second half," Mr Sanan said.

"In combination with income from foreign tourists, as much as 500-700 billion baht is estimated to circulate in the economy in the second half, encouraging people to spend more in the remaining months of the year."

Q: What are the entry rules for Thailand?

All foreign visitors will no longer have to register for Thailand Pass, nor purchase mandatory US$10,000 Covid-19 insurance coverage to enter the nation starting July 1. Travellers must show their vaccination certificates or Covid-19 test results.

Tourists may be subject to random antigen tests at entry points without such documentation. Despite scrapping the insurance requirement, the government still advises travellers to have some sort of insurance when they travel to Thailand in case of emergencies.

"Many countries already relaxed their strict control measures and reopened to foreign tourists, such as Vietnam. It was time for the Thai government to scrap such strict requirements to boost the economy," he said.

Tourism and Sports Minister Phiphat Ratchakitprakarn said the number of foreign visitors is expected to rise from 20,000-25,000 per day to 25,000-30,000 when the Thailand Pass registration requirement ends.

Q: Are any other regulations going to be relaxed soon?

Other changes pending publication in the Royal Gazette include the easing of temperature screening and the requirement for submitting antigen test kit (ATK) results.

Thermal scanning in buildings will soon be deemed unnecessary unless the area is at high risk of high transmission.

ATK testing will still be carried out for people showing respiratory symptoms. The Provincial Infectious Disease Committee must be convened if any large gatherings have more than 2,000 participants so they can monitor and prevent transmission.

The Employers' Confederation of Thai Trade and Industry (EconThai) said the government's decision to declare the whole country a "green zone", allowing all business activities to resume, will speed up efforts to restore the Thai economy to the level before the pandemic.

"The move is good for Thailand, which is driven by tourism and service industries," said Tanit Sorat, vice-chairman of EconThai. "This is a key measure for a quick economic recovery."

Mr Tanit said he expects the green zone measure to pave the way for an easing of the migrant worker shortage. Total legal migrant workers in Thailand stood at 2.9 million before the pandemic, but fell to 2.3 million after Covid-19 hit Thailand in 2020, he said.

Q: What is the economic outlook for Thailand as it shifts to endemic status?

The SCB Economic Intelligence Center (EIC) recently upgraded Thailand's 2022 GDP growth forecast to 2.9% from 2.7%, attributed to a rebound in the tourism and service sectors, backed by Thailand's reopening and easing border restrictions worldwide. The research group projects Thailand will welcome 7.4 million foreign arrivals this year, up from a previous estimate of 5.7 million.

Thailand's two main economic drivers have been exports and tourism. The export sector has been stifled because of global supply chain obstacles, rising oil prices and the war between Russia and Ukraine.

As a result, the EIC anticipates Thailand's tourism and service sectors will replace export-oriented manufacturing as a major economic driver in the period ahead.

Annual GDP is not expected to return to pre-pandemic levels until the third quarter of 2023, said the research house.

"A rebound in domestic spending would face headwinds from accelerating inflation, which is likely to stay elevated throughout the remainder of 2022, given limited policy space and persistent economic scars. Hence, Thailand's economic growth will witness a modest rebound this year," according to a report from the EIC.