Mr Jurin says the negotiations could help ensure a sufficient supply of fertiliser for Thailand at more affordable prices.

The Commerce Ministry and Thai Chamber of Commerce plan to negotiate with fertiliser suppliers in Saudi Arabia about purchases in a move to address high prices and shortages in the country.

Mr Jurin said the International Trade Promotion Department is scheduled to hold a business matching event between three leading Saudi fertiliser suppliers and Thai fertiliser importers on June 29, in which Thai buyers will be allowed to negotiate purchases. 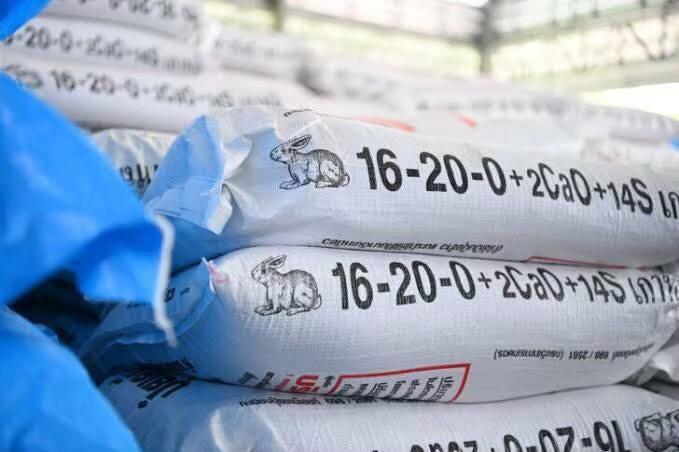 Mr Jurin says the negotiations could help ensure a sufficient supply of fertiliser for Thailand at more affordable prices.

The negotiations could help ensure a sufficient supply of fertiliser for Thailand at more affordable prices, he said.

"According to the figures collected by the Thai Chamber of Commerce and the Thai Fertilizer Producer & Trade Association, Thailand's overall demand for fertiliser from Saudi Arabia is about 808,000 tonnes, 590,000 tonnes of which are urea fertiliser, 193,000 is phosphate, and 25,000 tonnes are potassium," said Mr Jurin.

The country needs about 5 million tonnes of fertiliser a year, but Thai production can satisfy only 8% of that domestic demand.

Thailand is a net importer of fertiliser, buying more than 5 million tonnes a year from overseas, with the main suppliers from the Middle East, China, Canada and Russia.

With the Russia-Ukraine war driving up production costs, on March 18 the Internal Trade Department gave local traders and suppliers approval to increase fertiliser prices. The hike was only approved on a case-by-case basis, not across the board.

The department also asked for cooperation from fertiliser associations to help supervise their members to prevent any profiteering or hoarding. It threatened to remove distribution licences and take legal action against those who exploited the opportunity by price gouging.

The department also asked for cooperation from Commerce Ministry commercial officials nationwide to help inspect, follow up, and supervise fertiliser distribution in their respective areas.