Export growth is expected to beat the government forecast of 4-5% expansion this year after a strong performance in the first five months of 2022, according to Commerce Minister Jurin Laksanawisit.

Mr Jurin said Thai exports are expected to expand further, and the ministry is confident the second half should see strong results.

The tourism sector, which has begun to recover in many countries, alongside an increasing volume of shipping vessels and containers should also benefit Thai exports, Mr Jurin said. 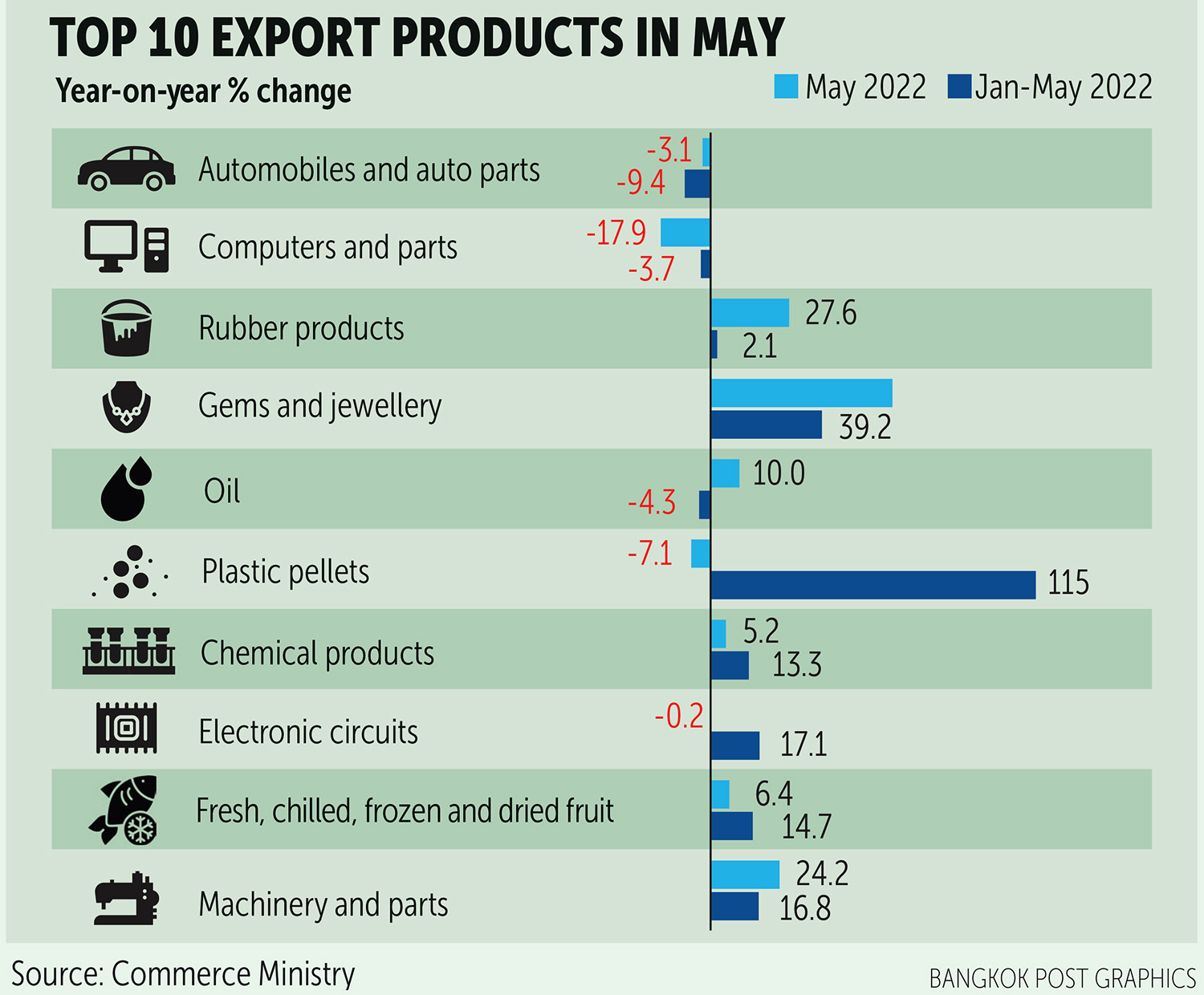 "Nevertheless, inflationary risks and lower purchasing power among trading partners as a result of the Russia-Ukraine war may put downward pressure on future exports and has to be monitored," he said.

The ministry on Friday reported the customs-cleared value of Thai exports rose by 10.5% year-on-year in May to US$25.5 billion, while imports increased by 24.2% to $27.4 billion, resulting in a trade deficit of $1.87 billion.

The export growth exceeded the 9.9% uptick in April, but was lower than the 19.5% gain in March, which was the highest level since records began in 1991.

Thai exports in the real sector (excluding gold, oil-related products and weaponry) rose by 11.1% year-on-year in May, up from 6.9% and 8.9% growth in April and March, respectively.

"Exports are still the key factor supporting the growth of the Thai economy. The thriving exports of agricultural and agro-industrial products reflect Thailand's role as 'Kitchen of the World' as food demand spikes worldwide," said Mr Jurin.

"Exports of industrial products grew in line with world production. The global manufacturing purchasing managers' index remained above 50 for the 23rd consecutive month because of rising purchase orders for consumer goods and investment in many regions, especially in the US, EU and Japan. This indicated demand from major trading partners still grew despite the impact of the prolonged Russia-Ukraine conflict, inflation concerns and lockdowns in some Chinese cities."