Crisis to crisis: What Asia learned from the financial chaos of 1997
Business

Crisis to crisis: What Asia learned from the financial chaos of 1997

Twenty-five years ago this month marked the beginning of economic, political and financial market turmoil that would become known as the Asian Financial Crisis. Currencies and stock markets tumbled. Governments were overthrown. Poverty rates soared.

The crisis raised serious doubts about the Asian miracle, a period of rapid growth that saw the Tiger economies become the envy of the world. The firestorm was triggered by Thailand’s decision to devalue the baht on July 2, a shockwave that soon reverberated across the region’s emerging markets and beyond as the fallout stretched into 1998.

A quarter of a century later, Asia’s economies have been transformed. China is the world’s second-largest economy, and the region is a major source of global growth even as it recovers from the pandemic.

Here, in the words of some of the key players during the crisis, is the story of what happened, how the region recovered and what the prospects are for economies facing a new economic crisis. Interviews have been edited for clarity and brevity.

Piti Sithi-Amnuai, Chairman of the Board of Directors of Bangkok Bank

The story begins on Jan 4, 1994, at the height of the boom in Southeast Asia, as Korn Chatikavanij is preparing to give a television interview to mark the first day of trading of the new year.

Korn: I knew I was going to be asked to predict what the stock market would do that year. So, I talked to my team, and we agreed that I’d say that the peak for 1994 was already today – and it was exactly that day.

Korn: I had death threats for years. 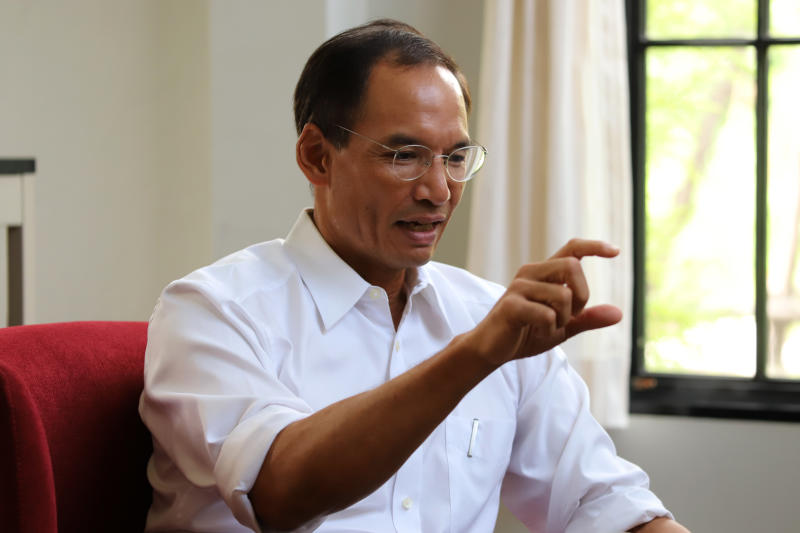 Piti: Thailand had nearly 100 finance companies. Everyone thought that making money was easy. They thought they could just take deposits or borrow money from overseas and lend it to projects that made no sense.

Korn: The return on investment in the economy was declining rapidly. There was excess, wasteful management. People believed there was a free lunch. Thai companies borrowing dollars at 4% to deposit at Thai banks at 12% or 10% thinking that it’s free money because the baht would never be devalued. It’s hard to believe that the whole country believed that. It’s funny what people were willing to bet on.

Mobius: We knew Thailand was in trouble with its heavy reliance on the dollar. We had a pretty good idea that traders were betting against the Thai baht. We heard that the Thai central bank was running out of foreign exchange as it proudly protected the exchange rate, and we began to suspect that they might be running out of ammunition.

On July 2, 1997, Thailand gave up the dollar peg and devalued the baht.

Yam: Small open economies with reasonably liquid markets, beware! Financial globalisation, while enabling the international diversification of investment, has its ugly side. Free markets are not markets to be freely manipulated. Financial authorities must be well prepared to deal with predatory behaviour that pays no regard to the national interests of host jurisdictions.

Tarrin: The two biggest challenges I had to deal with were financial institutions’ balance sheets clogged with non-performing loans and an almost total loss of foreign exchange reserves. And this was kept in secrecy.

Mobius: When the crisis hit, we thought it would be pretty much restricted to Thailand. We didn’t expect the crisis to spread, but then traders started betting against other countries’ currencies as well. These countries also had big foreign loans because dollar rates were so low at that time. That’s where we were wrong. It spread throughout the whole region.

Zeti: After more than a year of volatile and destabilising capital flows, including bouts of speculative attacks on the currency, Malaysia was at a tipping point. By then, the market had become fundamentally dysfunctional. The conventional prescription of raising interest rates would not stabilise the market. Equally futile was intervention to defend the currency as this would only deplete international reserves.

Piti: I remember how busy things were and having stacks and stacks of papers and taking those piles home on weekends. I didn’t have free time even on the weekends. 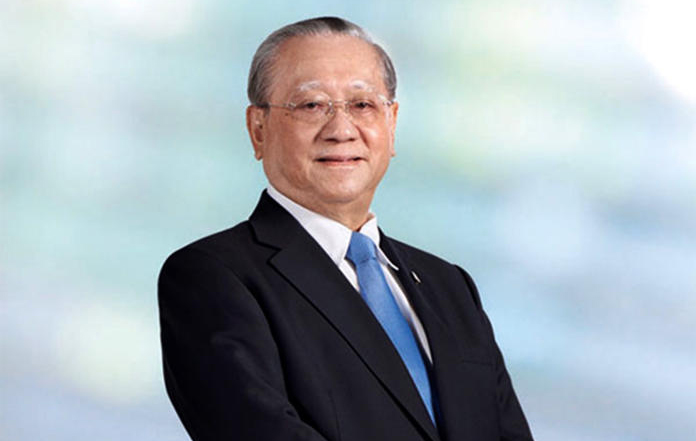 Zeti: The most notable experience in setting policy during the crisis was convincing the political leadership to accept the difficult policy prescriptions. In managing a crisis, there are usually wide-ranging demands from different quarters. There will also be no shortage of solutions being proposed. At the start, there needs to be great clarity as to the outcomes to be achieved.

Mobius: We tend to love bear markets and that crisis gave us an opportunity to buy good companies at a bargain. We know from history that bear markets, while often surprising and shocking, are short in duration, don’t normally last more than 1 or 1 1/2 years. We knew that was a good time to be investing. It worked well for us in the end.

On Sept 1, 1998, Malaysia introduced capital controls and fixed the exchange rate to the dollar.

Zeti: An important lesson for relying on capital-flow management is that it needs to be targeted and temporary. In Malaysia, it was targeted on speculators. The challenge was how to exit from such unconventional measures. Malaysia’s exit from such measures was after 12 months and the transition to a flexible exchange rate regime was after seven years.

Mobius: At the end of the day, a lot of countries in Asia did learn a lesson in 1997 in not taking too much debt in foreign currencies. Of course, there are some who haven’t heeded at lesson. Sri Lanka is in a bind now. Generally speaking though, the situation is much better.

Zeti: Probably the most important lesson is the need to build resilience. The world is likely to continue to experience crises. Following the Asian financial crisis, most of our region implemented financial reforms. The payoff can be seen during the Great Financial Crisis of 2008-09. While Asia was affected, our financial systems and economies did not experience a crisis.

Shan: Banks failed in the west during the so-called Global Financial Crisis, but to my knowledge, none of the Asian banks. The systemic reforms of the banking systems across Asia had made them resilient, healthy and strong even in the face of a financial tsunami.

Korn: It’s pretty amazing that the same thing happened in Iceland, New York and elsewhere 10 years later, except that time the IMF realised that pushing up interest rates was not a good idea. Policy tightening like the IMF mandated for the bailouts in Asia wasn’t the way out.

Shan: The changes in the past 25 years to Asian economies and to financial markets have been huge. It isn’t just quantitative, but also qualitative.

Piti: The biggest change in the banking industry in the past 25 years is technology. It’s changed almost everything. The other big change has been the rise of China as an economic power. China really wasn’t that important during the Asian crisis, but now it’s everywhere.

Mobius: There’s more use of Internet to reach out to people, particularly in the lower-income group. Per-capita income has risen. Countries like South Korea should probably be considered a developed country rather than an emerging market. In 1997, Vietnam wasn’t even mentioned, but now it’s one of the Tigers in Asia. 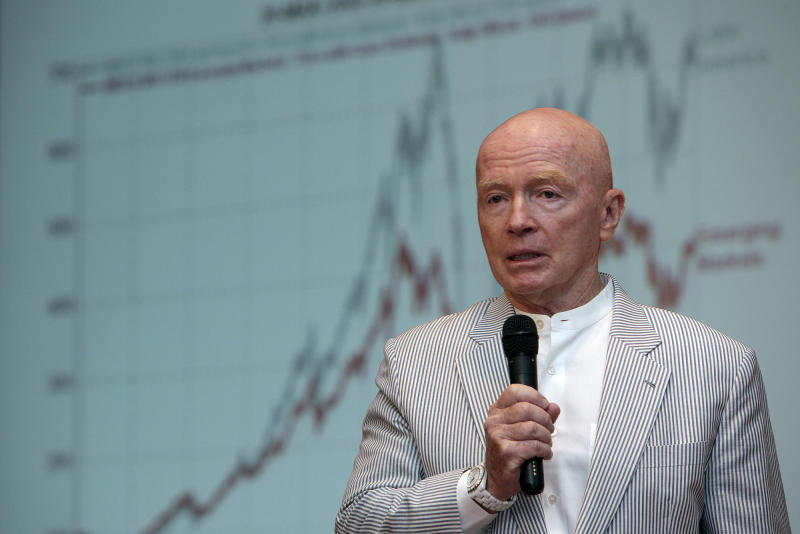 Reinhart: It’s not going to be an Asian-style financial crisis. The Asian Financial Crisis came after a big bonanza, fast growth, surging capital flows, big current account deficits. We’re not there. The kinds of problems we’re facing on the debt front have to do with stagflation, have to do with lack of recovery. This recovery has been exceptionally uneven -- very different from the recovery of the Global Financial Crisis, in which the emerging markets recovered far more quickly than the advanced economies because China was providing an engine of growth, which it’s not providing now.

Mobius: There is no way that these countries will be able to escape the impact of rising interest rates in the US. A number of Asian countries still have a loose peg to the US dollar. So, it’s a challenge. But I don’t think they are going to have another full-blown financial crisis the way they did in 1997.

Tarrin: The next crisis could be linked to geopolitics, or energy and food security. The rise of China, and tensions between it and the US and Japan are something to watch. We don’t know what the endgame of the Russia-Ukraine war is. In the meantime, this problem may further cause dislocations of supply, shortages of food and energy and rising prices. Corruption and lack of good public governance will only make it harder for some countries to cope with this challenge. 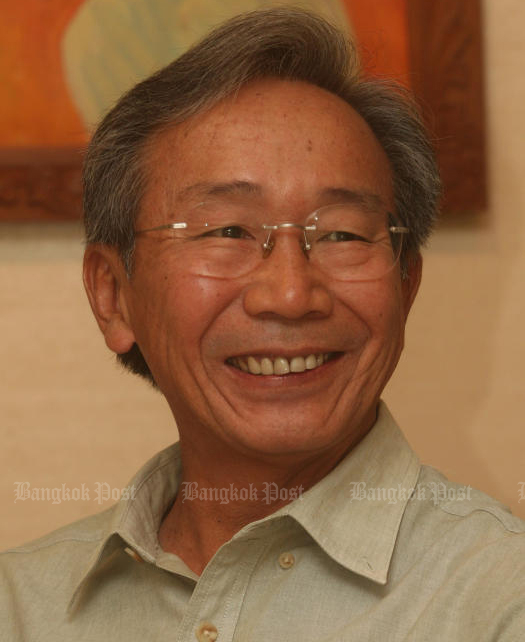 Mobius: It’s hard to get good corporate governance where there is corruption. Some progress is being made. President Jokowi of Indonesia has done a lot in moving Indonesia toward good governance. But corruption and poor governance remain issues in Asia. That’s precisely why we are very cautious in investing in some of these countries.

Yam: We all learned our lessons and are generally maintaining rather more prudent fiscal and monetary discipline in the last 25 years. I hope this will help to deal with the next financial tsunami. It’s likely to be a bad one.

Piti: Human nature hasn’t changed, which is why there are always crises. People are greedy.