The headquarters of National Telecom as the company prepares to appoint its first chief.

After 18 months without a leader, National Telecom (NT) is about to appoint its first president this month as the state enterprise faces several critical challenges.

Col Sanphachai Huvanandana, the former president of CAT Telecom, was hired for the top job. His appointment was recently approved by NT's board, with an official announcement expected soon.

NT, which was founded through the merger of state enterprises CAT Telecom and TOT in January 2021, needs to set a path for its business projects and organisational management. Some industry sources believe the company could rack up 10 billion baht in losses this year.

The company's current focus is on the commercial use of the 700-megahertz frequency range. The band was secured by CAT Telecom through a 5G spectrum auction held in February 2020 while Col Sanphachai was at the helm.

NT's board initially approved Advanced Info Service (AIS), the country's biggest mobile operator by subscriber base, as its business partner for 700MHz-related services, but the move still requires approval from the National Economic and Social Development Council (NESDC) and the cabinet.

Col Sanphachai is set to replace Gp Capt Somsak Khaosuwan, who served as the acting president of NT since the firm's establishment.

Col Sanphachai was previously a board director of NT before resigning in late 2021. 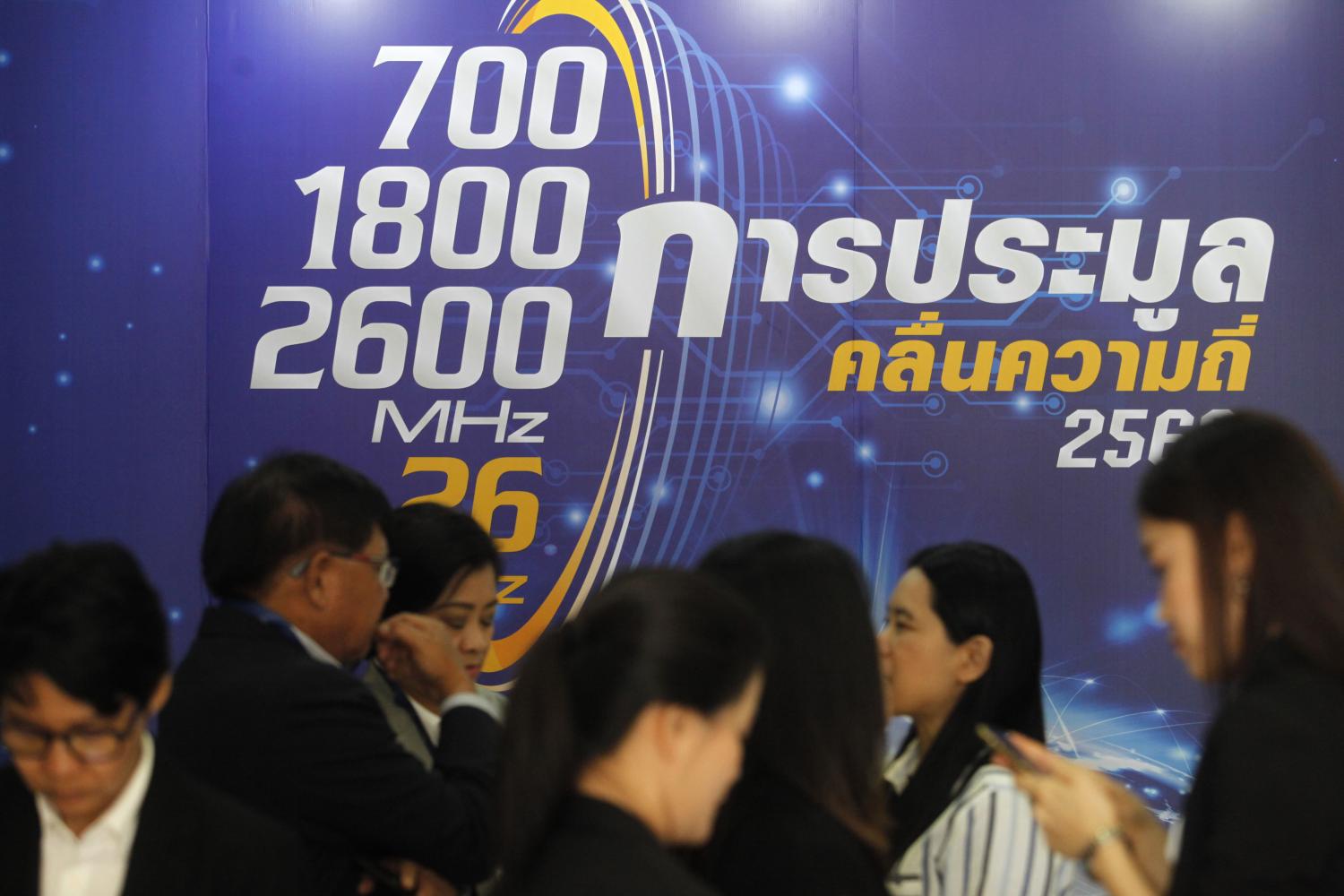 NT holds 20MHz of bandwidth on the 700MHz frequency range that CAT Telecom secured in a February 2020 auction. Wichan Charoenkiatpakul

The 700MHz business is seen as the most difficult issue for NT.

The company holds 20MHz of bandwidth on the 700MHz spectrum range worth 34 billion baht secured by CAT Telecom.

The cost of the spectrum was 200% more expensive than the same range held by bigger rivals in the mobile market.

During the same bidding event, TOT won 200MHz of bandwidth on the 26-gigahertz spectrum range.

NT has yet to capitalise on the 700MHz spectrum range.

The participation of TOT and CAT Telecom in the 5G spectrum auction was pushed by previous Digital Economy and Society Minister Buddhipongse Punnakanta, who wanted to ensure revenue streams for the two state enterprises after 2025 when their spectrum partnership deals with other telecom operators are scheduled to expire.

NT has been vexed in trying to start the 700MHz business as it lacks a clear business model or an idea to generate returns from the investment.

The cost of the investment was substantial.

A 5G business proposal involving capital expenditure of 20-30 billion baht and operational expenses of 40-50 billion put forth by NT management has failed to receive approval from the board.

A source from the NT board who requested anonymity said the board was worried about the plan's hefty investment cost, which could potentially damage the company's financial status in the future.

In early 2021, NT started holding talks with AIS and True Corporation, the country's second biggest mobile operator, about the prospect of a business partnership on the 700MHz spectrum range.

Then the talks resumed early this year as NT's board chose AIS as a business partner for the spectrum, said the board source.

The board's resolution has been sent to AIS's management. 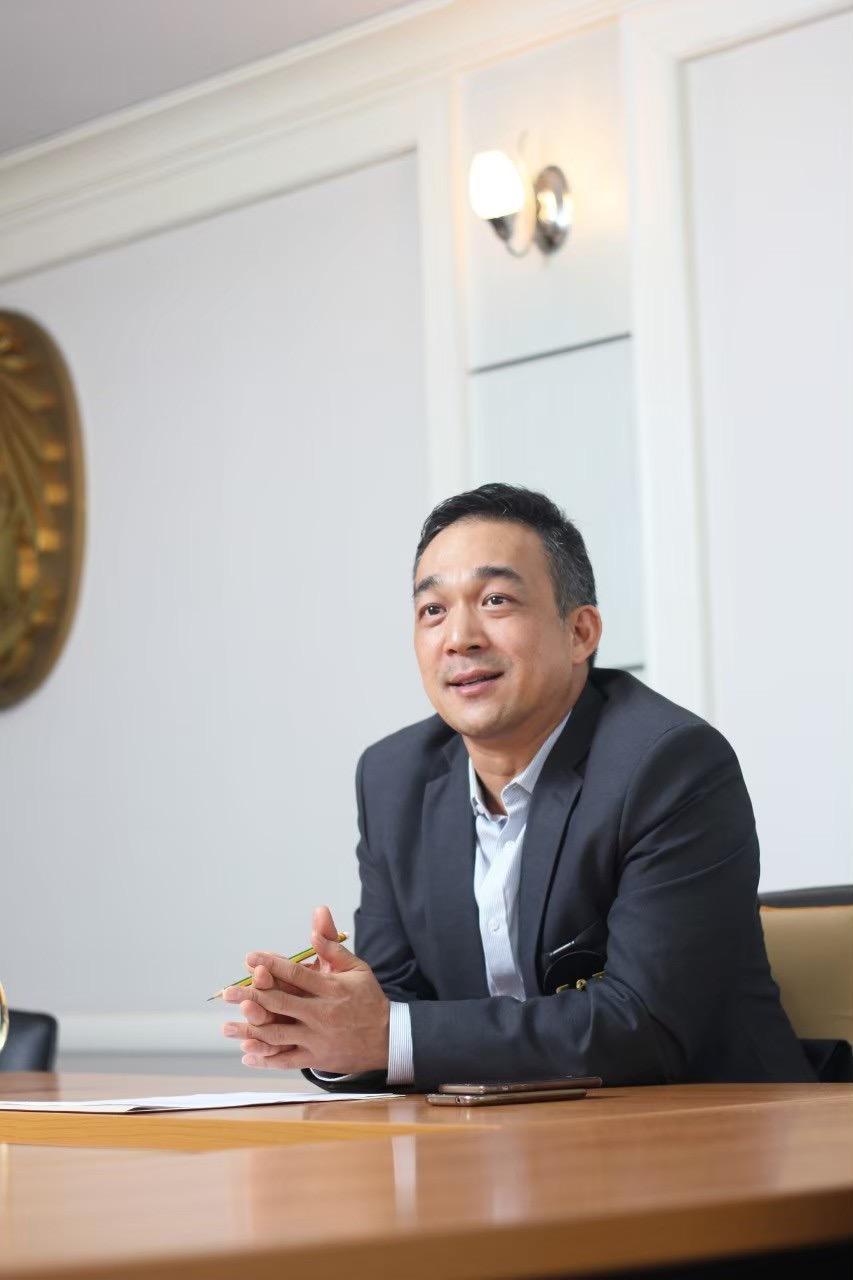 Col Sanphachai has recently been approved by NT's board as the new leadership with official announcement expected to take place soon.

Under the deal, AIS will make use of 10MHz of bandwidth on the 700MHz range held by NT and be responsible for installing cellular base stations covering the population, in line with NT's requirement.

NT will rent AIS's cellular base stations and related equipment in order to provide its 5G services on the remaining 10MHz of bandwidth, with a rental fee paid to AIS until the spectrum licence expires.

Under this deal, NT would pay 15 billion baht to AIS in three instalments, the source said.

AIS also pitched another option to NT, which would see AIS make no use of the spectrum range, but only install cellular base stations, although the amount of payment was higher than the first proposal. This choice was subsequently rejected by NT.

According to the source, True had no intention of using NT's 700MHz capacity, but planned to install cellular base stations for NT at a cost of around 30 billion baht as a one-time payment.

NT chose AIS because it wants to keep 10MHz of bandwidth on the spectrum range for its own business.

The source said AIS is eager to acquire NT's 10MHz of bandwidth on the 700MHz range to complement AIS's service on the range.

AIS, which already has 30MHz of bandwidth on the 700MHz spectrum, can increase the size of its bandwidth to 40MHz with the deal.

True and DTAC each occupy 20MHz of bandwidth on the 700MHz range. With their planned merger, the amalgamated firm would have 40MHz of bandwidth, on par with AIS after its deal with NT is complete.

A source close to the deal who requested anonymity said even though the NT board chose AIS for the partnership, its resolution still needs to receive approval from the NESDC and the cabinet before it can be completed.

The source said another concern with the 700MHz project is the negative outlook for net present value (NPV) -- the difference between the present value of cash inflows and cash outflows over a period of time.

NPV is used in capital budgeting and investment planning to analyse the profitability of a projected investment or project.

"This is a major concern about 700MHz business investment for NT's board," the source said.

A feasibility study conducted by NT's advisors and management found the company's 5G business on the 700MHz range would post losses based on its current spectrum capacity and the volatile market, the source said.

"Profitability is something that's impossible to talk about," said the source.

According to the source, NT may want to keep a portion of the spectrum capacity for its own operations to make way for budget spending, which could benefit politicians and those with connections in the state enterprise.

NT may also struggle in its search for ways to reduce fixed costs, particularly salary expenditure.

NT has almost 17,000 employees and downsizing is required to bring that figure to roughly 6,000 over the next few years through an early retirement incentive programme.

In addition, NT has not yet created a smooth blending of the two merged state enterprises, as the firm still has too many executives and people with different working cultures and styles.

Another tough task awaits in the operation of the Thaicom 4 and 6 satellites, which were handed over by SET-listed satellite service operator Thaicom after its concession expired in September last year.

Ensuring seamless service for clients of the existing satellite service could be daunting for NT, whose staff are not keen on dealing with the task, according to industry sources.

As a result, NT hired a group of Thaicom engineers to handle these satellites under personal contracts.

Meanwhile, NT is expected to be tasked with developing its satellite service for national security purposes.

Col Sanphachai has a lot on his plate in the years to come and telecom analysts will be watching to see how he tackles these issues.