Collaboration for the climate
Business

Collaboration for the climate

Asean countries agree more can be done at a regional level to clear the air, clean up the water and address many other shared problems.

A commitment to cooperation between countries in Southeast Asia remains the key to tackling climate change as its impact continues to take a greater toll on the region's economy and people, say experts. 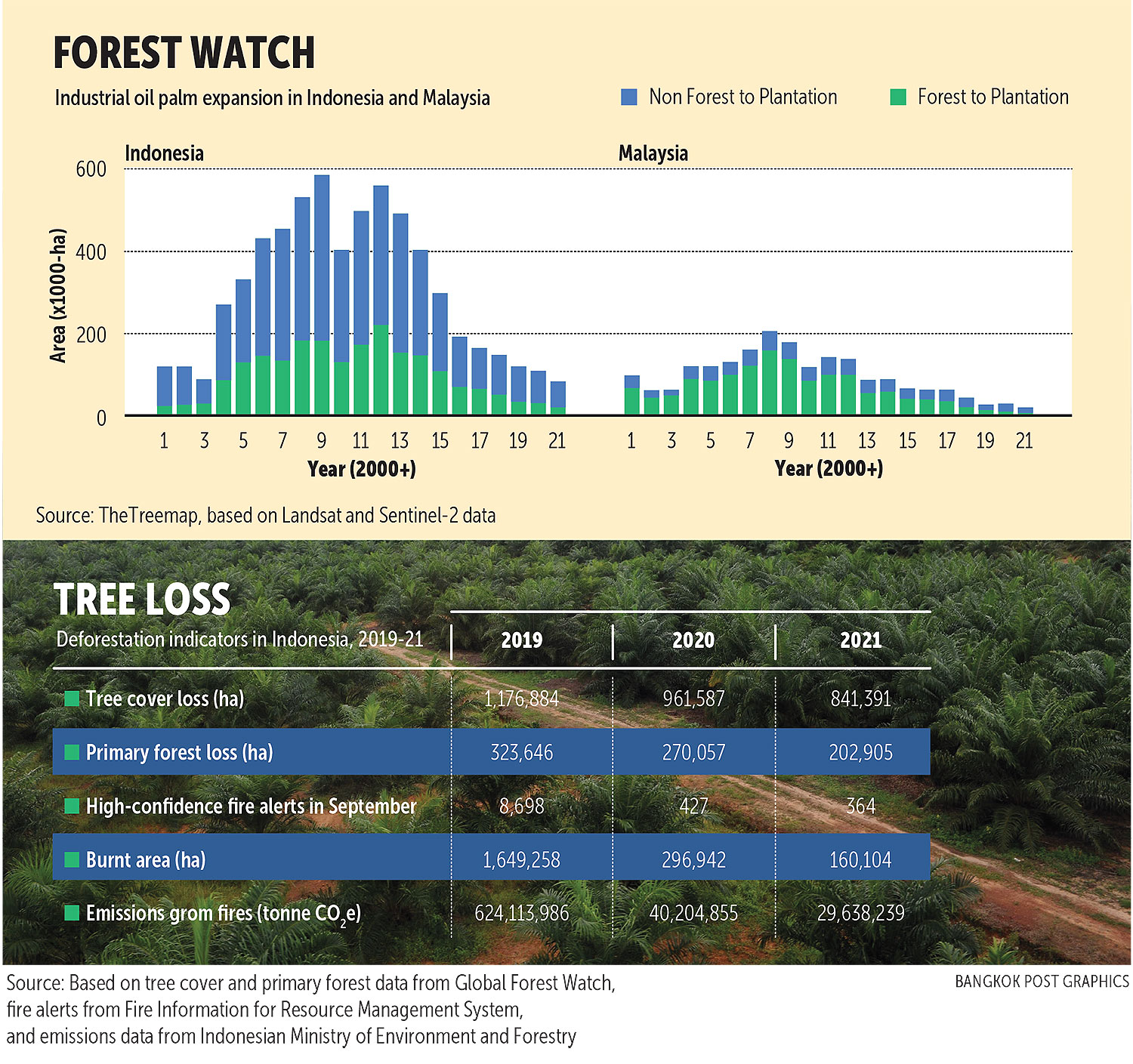 The mutually beneficial results of such a commitment are clear, one of them being an expected modest risk that transboundary haze could affect Indonesia, Malaysia and Singapore this year, based on an assessment by the Singapore Institute of International Affairs (SIIA).

The haze, caused mainly by deliberately set fires to clear forest land for agriculture in Indonesia, is a perennial problem for Southeast Asia, with the risk usually peaking in August and September.

"Singapore appreciates the efforts of President Joko Widodo and [Environment and Forestry] Minister Siti Nurbaya, who have exercised strong leadership and commitment to preventing fires," said Grace Fu, Singapore's Minister for Sustainability and the Environment.

"Should hotspots escalate, Singapore stands ready to support and assist Indonesia as we did during the international firefighting efforts in 2015."

But much more can be done on different fronts to help clear the air, clean the water and deal with other environmental challenges in Southeast Asia, the minister said at the recent Singapore Dialogue on Sustainable World Resources.

She pointed to international conventions on hazardous pollutants, ocean protection, biodiversity and trade in endangered species as examples of how countries around the world are cooperating to protect the environment, proving that partnerships are essential to address issues affecting the population.

"History is a tale of humanity leveraging partnerships and collaboration to overcome common challenges," she added.

Ms Fu said she witnessed the spirit of cooperation first-hand as nations formed partnerships to accelerate the momentum of global climate action at the COP-26 talks in last November in Glasgow, where she co-chaired the Article 6 negotiations on carbon markets.

While tensions were visible, she said, there were trade-offs made for the common good, and that "nations need to rekindle the spirit of partnership to limit temperature increases to 1.5 degrees Celsius and prevent setbacks that we cannot afford".

She cited a recent accord between Singapore and Laos, Thailand and Malaysia to address the city-state's electricity challenges, under which Singapore would import renewable energy from Laos via Thailand and Malaysia. The pact, she said, is a good example of how partnerships between countries can amplify domestic efforts to make the best of what a country has.

Challenging limits, collaboration and commitment are also the fundamental principles of Asean, which has seen that partnerships is effective in addressing sustainability challenges.

"Alongside new issues such as plastic pollution, which will require Asean to do its fair share given its contribution, Asean must continue addressing recurring challenges such as haze," Ms Fu pointed out.

Countries in the region are stepping up efforts to deal with the impact of land and marine plastics through the Inter-Governmental Negotiations Committee on Plastics Pollution (INC). The Asean Regional Action Plan for Combating Marine Debris for 2021-25 has been lauded as a "milestone" for the region by Southeast Asian officials.

"Singapore will do our part to contribute to the INC and take early measures," said Ms Fu, noting that the city-state last month launched the National Action Strategy on Marine Litter to signal its commitment. 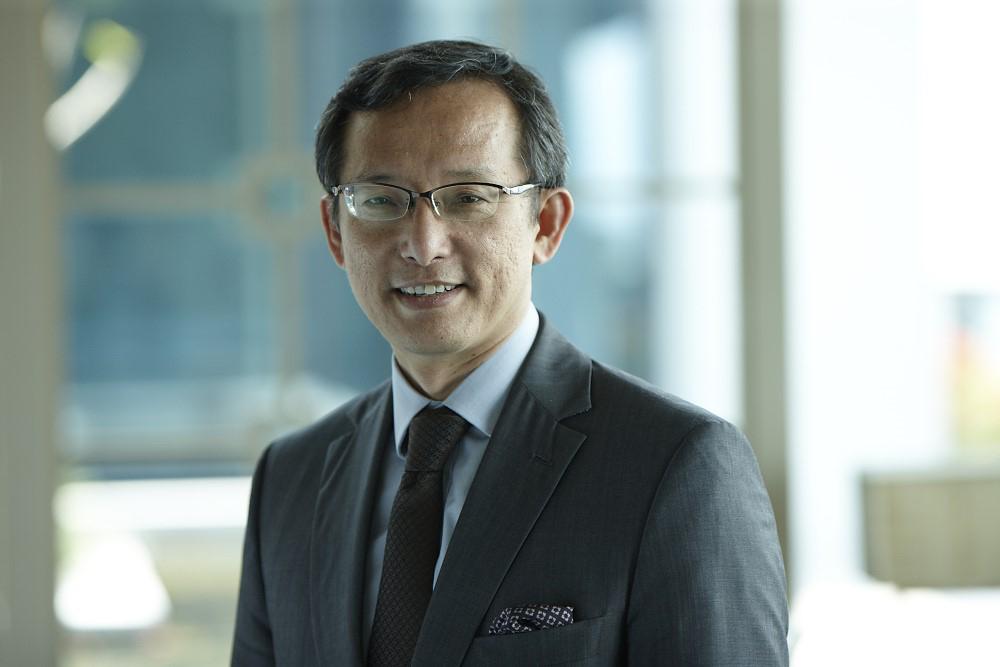 "Concerted effort and cross-border cooperation is required to break the causal link between economic pressures and environmental degradation," says Simon Tay, chairman of the Singapore Institute of International Affairs SUPPLIED

With the annual haze season approaching, the SIIA has declared an Amber or medium-risk outlook, midway between Green (low) and red (high), based on projected rainfall and temperature, human behaviour and policies on climate and land management. Amber signifies that there is some risk of transboundary haze this year but not be as severe as in some of the more troublesome years on record, among them 1997, 1998, 2013, 2015 and 2019.

"This report focuses on the recurring haze that affects Indonesia, Malaysia, Singapore and others in the southern part of Asean such as Brunei, but concerted effort and cross-border cooperation is required to break the causal link between economic pressures and environmental degradation that casts a shadow over the entire Asean region," SIIA chairman Simon Tay wrote in his foreword to the Haze Outlook 2022 report, which was launched at the Singapore conference.

Compared to last year's Green rating, this year's Amber rating shows a more cautious approach, which stems from volatile market conditions and climate action in sectors that have a bearing on haze risk. But the change in colour "does not reflect a weakening of sustainability policy in Indonesia and the region", the report says.

The report also acknowledged that rising commodity prices increase the risk of haze as farmers could be encouraged to clear more land. Industry experts believe it is unlikely that major companies in the plantation industry, for oil palm in particular, would be involved in slash-and-burn practices, given how so much scrutiny has been placed on the sector in recent years.

However, small growers with less visibility than big multinationals, or even medium-sized local companies could still engage in such practices, signifying that beefed-up forest monitoring and actions against the illegal use of fire continue to be necessary. 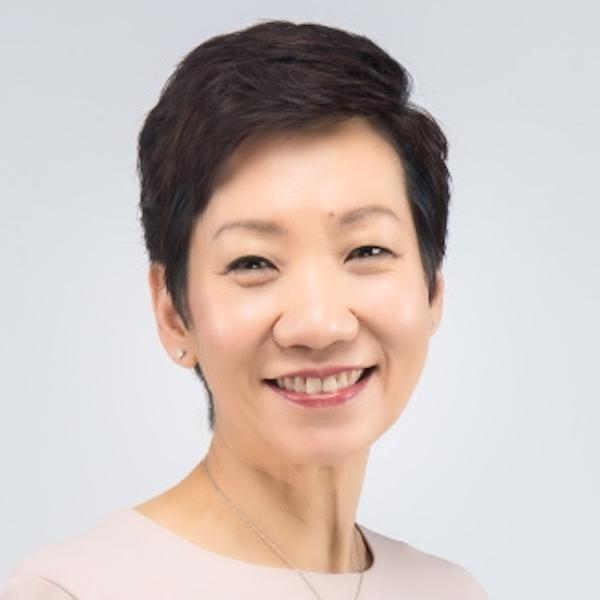 "History is a tale of humanity leveraging partnerships and collaboration to overcome common challenges," says Grace Fu, Singapore Minister for Sustainability and the Environment. EDWIN KOO

Meanwhile, the challenges posed by the region's addiction to plastics -- and its spotty record of disposal and recycling efforts -- continue to mount.

According to the Asean Secretariat, six out of the 10 member states -- Indonesia, Malaysia, the Philippines, Singapore, Thailand and Vietnam -- generated 31.7 million tonnes of plastic waste in 2016. More than half of that total was uncollected and less than a quarter of what was collected was recycled.

Indonesia generates 6.8 million tonnes a year of plastic waste and the number is projected to grow by 5% each year. If no firm interventions are made, plastic waste that flows into the oceans around the vast archipelago could increase by 30% to around 800,000 tonnes by 2025, according to the Global Plastic Action Partnership.

However, under its National Plastic Action Partnership (NPAP), Southeast Asia's largest economy has set a target to reduce marine plastic debris by 70%, reduce solid waste by 30% and manage 70% of solid waste by 2025.

Another panel at the forum discussed innovations and approaches taken by governments and the private sector to conserve the forest. in some cases, the commitments have gone way beyond addressing climate change, said Michal Zrust, co-founder and executive director of the Singapore-based environmental finance company Lestari Capital.

"We are going way beyond actually minimising or avoiding negative impacts. We are actually starting to focus on aspects such as forest-positive, nature-positive [financing]," he said.

The company's private sector-backed forest conservation initiative, Rimba Collective, was launched in 2021 and it aims to channel US$1 billion to forest protection and restoration in Southeast Asia for at least the next 25 years. The foal is to protect and restore over 500,000 hectares of tropical forests with an initial focus in Indonesia.

The initiative will fund projects that have the potential to protect and restore primary rainforest, peatland and mangroves, or projects that generate measurable ecosystem service benefits and resilient livelihoods for local communities. 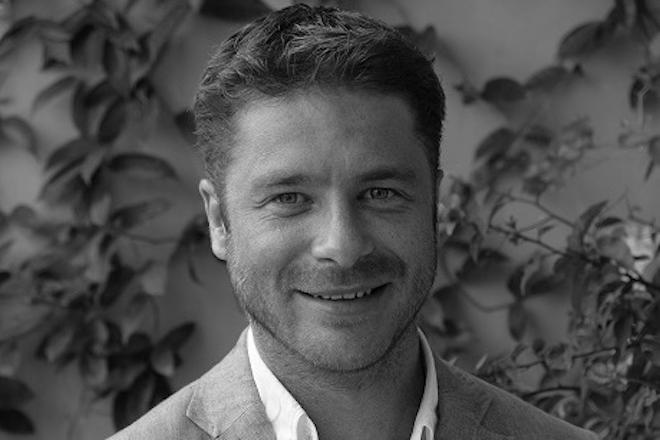 "We are actually starting to focus on aspects such as forest-positive, nature-positive [financing]," says Michal Zrust, co-founder of Singapore-based Lestari Capital. SUPPLIED

The Climate Risk Atlas, which analyses risks in the Group of 20 (G20) major economies that Indonesia chairs this year, shows that Indonesia, which ranks 17th in per capita gross domestic product, will endure more climate impacts if it follows a high-emissions path.

According to the atlas, unless Indonesia takes swift action to reduce emissions, it will experience heatwaves that last almost 8,000% longer by 2050, which will disrupt the workforce and devastate its agriculture sector. Heat-related mortality rates among the elderly in Jakarta would be 12 to 15 times greater in the 2050s than they are now, it said.

"By mid-century, costs could reach between 18 billion and 41 billion euros or between 2% and 4.4% of GDP under low- and high-emissions scenarios, respectively," the report said.

"By the end of the century, costs are predicted to become even more severe. Indonesia could stand to lose up to 13.3% of GDP, or 123 billion euros under a high-emissions scenario."

The G20 Climate Risk Atlas, published by the Italian non-profit research institution, Fondazione Centro Euro-Mediterraneo sui Cambiamenti Climatici, said that Indonesia's forests had 104 tonnes of carbon stock per hectare out of 92 million hectares of forested areas in 2020. The carbon stock is projected to increase in 2050 by 1.38 hectares under a medium-level greenhouse gas emissions scenario.

Carbon markets offer an opportunity to prepare for costs that are going to show up on company balance sheets in the future if no actions are taken now, said Herry Cho, head of sustainability and sustainable finance at the Singapore Exchange (SGX).

"The democratising of access to carbon markets and credits will help businesses, especially small and medium-sized enterprises, offset their hard-to-abate emissions in the near to mid-term, as they continue to advance their decarbonisation pathways in the long run," added Eric Lim, chief sustainability officer at United Overseas Bank.