Tourists enjoy a paddle by a beach on Koh Samet in Rayong province. (Photo: Nutthawat Wicheanbut)

The Tourism Authority of Thailand (TAT) forecasts revenue of 1.2-2.38 trillion baht next year, according to its new 2023 strategy, but this is likely to be challenged by global inflation and rising interest rates, with spending already taking a hit.

"We might be able to mark the end of this year with 10 million international tourists as we have already secured 2.7 million so far, while the current flow from all ports of entry tallies over 30,000 per day, or around 1 million per month. If this momentum is encouraged by high season in the final quarter, there should be 1.5 million tourists each month between October and December," said Mr Yuthasak.

However, he said average spending per head in the second quarter declined to 55,000 baht, from 77,000 baht in the first quarter, as there were more travellers from short-haul destinations, who had shorter lengths of stay compared to long-haul markets.

Other factors to have affected expenditure were cost-push inflation and surging interest rates in many countries, particularly the US, which resulted in higher travel costs and a greater financial burden. These circumstances might deter tourists from taking international trips in 2022 and next year. 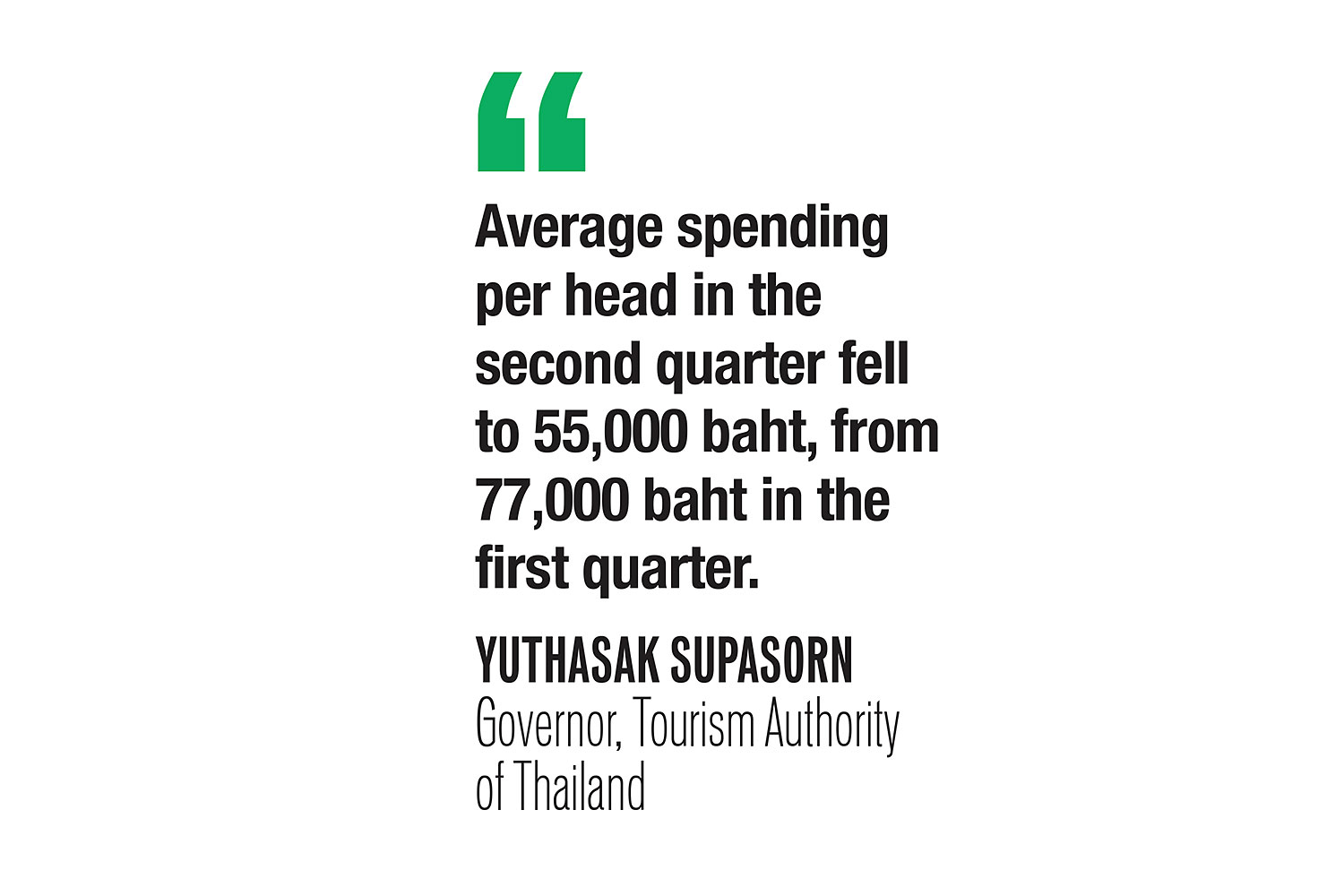 Mr Yuthasak said that even though the Thai baht was currently weak against the US dollar due to American interest rate hikes, this alone could not drive demand as a previous study found exchange rates were not that important to travellers.

Due to those challenges, the agency is cautious about tourism revenue, with a target of 50,000-54,000 baht in average spending per head next year, from 11-30 million international tourists.

"The goal of 30 million won't be achieved unless Chinese travellers can take outbound trips without any restrictions. But as it stands now, we will not include the Chinese market in our 2023 target as there are too many uncertainties regarding the border policy," said Mr Yuthasak.

To compensate for the lack of the mainland China market, all of TAT's overseas offices have been told to seek new potential areas of growth, particularly first-time visitors who tend to spend more than frequent visitors.

Tourists from the Middle East are the target for the low season, with TAT expanding into Saudi Arabia and Oman to help drive double-digit revenue growth from this region.

Meanwhile, even though there are fears about economic recession in the US, the country still has untapped demand in its inner areas, such as the state of Utah, where Delta Airlines can fly tourists from Salt Lake City to Bangkok.