Thailand was ranked 41st out of 66 countries for the world's best destinations for remote work, weighed down by low scores in cybersecurity and English proficiency, according to a new report conducted by NordLayer, a network access security solution provider.

Germany topped the ranking, followed by Denmark and the US.

European nations filled out fourth to eighth in the rankings, comprising Spain, Lithuania, the Netherlands, Sweden and Estonia, respectively. Singapore was ranked ninth, followed by France.

Juta Gurinaviciute, chief technology officer at NordLayer, said Thailand has great digital infrastructure, but the fight against cybercrime is pretty passive compared with other countries, resulting in a low cybersecurity score (0.694 out of 1).

Regarding economic and social conditions, she said Thailand's tourist attractiveness is rather high, but low English language proficiency and some healthcare policies lowered the score (0.674 out of 1).

Low mobile internet speed lowered the score in the category of digital and physical infrastructure (0.637 out of 1), said Ms Gurinaviciute.

She said remote work has been a discussion point for a while now, with companies like Airbnb announcing full-time remote work, while moguls such as Elon Musk deem remote work "unproductive".

"Nevertheless, the trend is clear -- ever since the beginning of Covid-19, remote or hybrid work has become inevitable, even in those companies that previously preached the importance of face-to-face interactions," said Ms Gurinaviciute.

"The index emphasises the safety and reliability of both the physical and digital environment. It also gave special attention to cybersecurity. In this regard, it is an excellent resource for remote employees who wish to relocate or work in a nation other than their current residence." 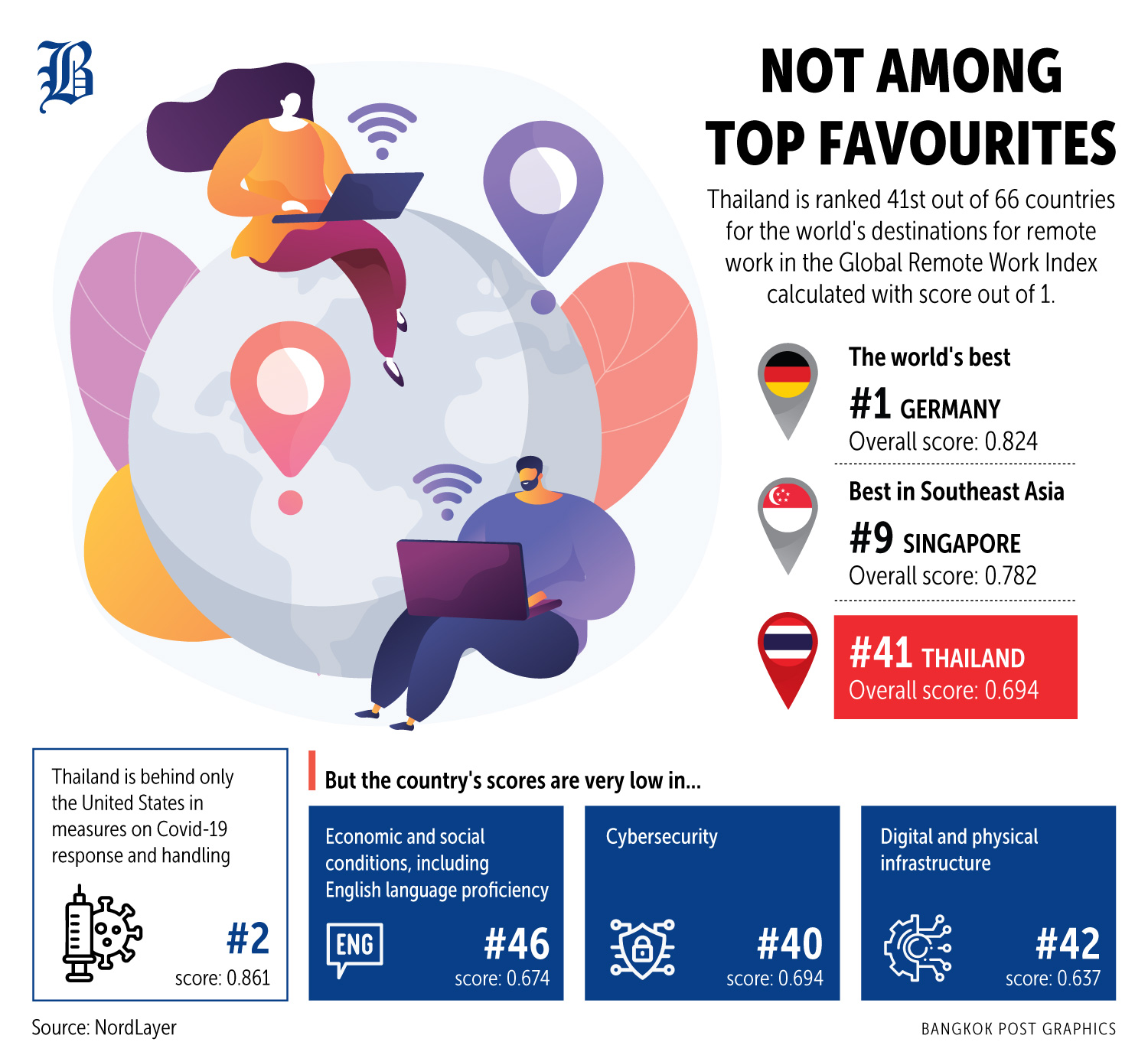 For those choosing to work remotely, Ms Gurinaviciute suggested people use separate devices and accounts for work to avoid creating risks for their companies' IT infrastructure.

Users should keep their home network secure by making it password protected and using a reliable virtual private network to secure their internet connection, she said, while using complex, unique passwords for every account.