Rapid growth and evolution of the digital economy in Southeast Asia is opening new opportunities for millions.

The digital economy is playing an ever-increasing role in business, trade and human capital development. As countries emerge from the pandemic and steer through new economic headwinds, digitisation is taking on even greater importance.

For consumers, digital technologies make it faster and more convenient to obtain goods, services, information, education and healthcare, among others. If not for these technologies, surviving the pandemic would have been a huge challenge.

The digital economy now accounts for 15.5% of gross domestic product (GDP) worldwide and has grown two and a half times faster than global GDP over the past 15 years, according to the World Bank.

Southeast Asia is the fastest growing internet market in the world with 125,000 new users connecting every day. Its digital economy is projected to be worth US$1 trillion by 2030, according to the World Economic Forum (WEF).

However, the region needs to address massive challenges to unlock its full potential. Numerous ambitious policies and roadmaps exist, such as the Asean Economic Community Blueprint 2025, the Master Plan on Asean Connectivity 2025 and the e-Asean Framework Agreement. But policies need to be translated into tangible actions. 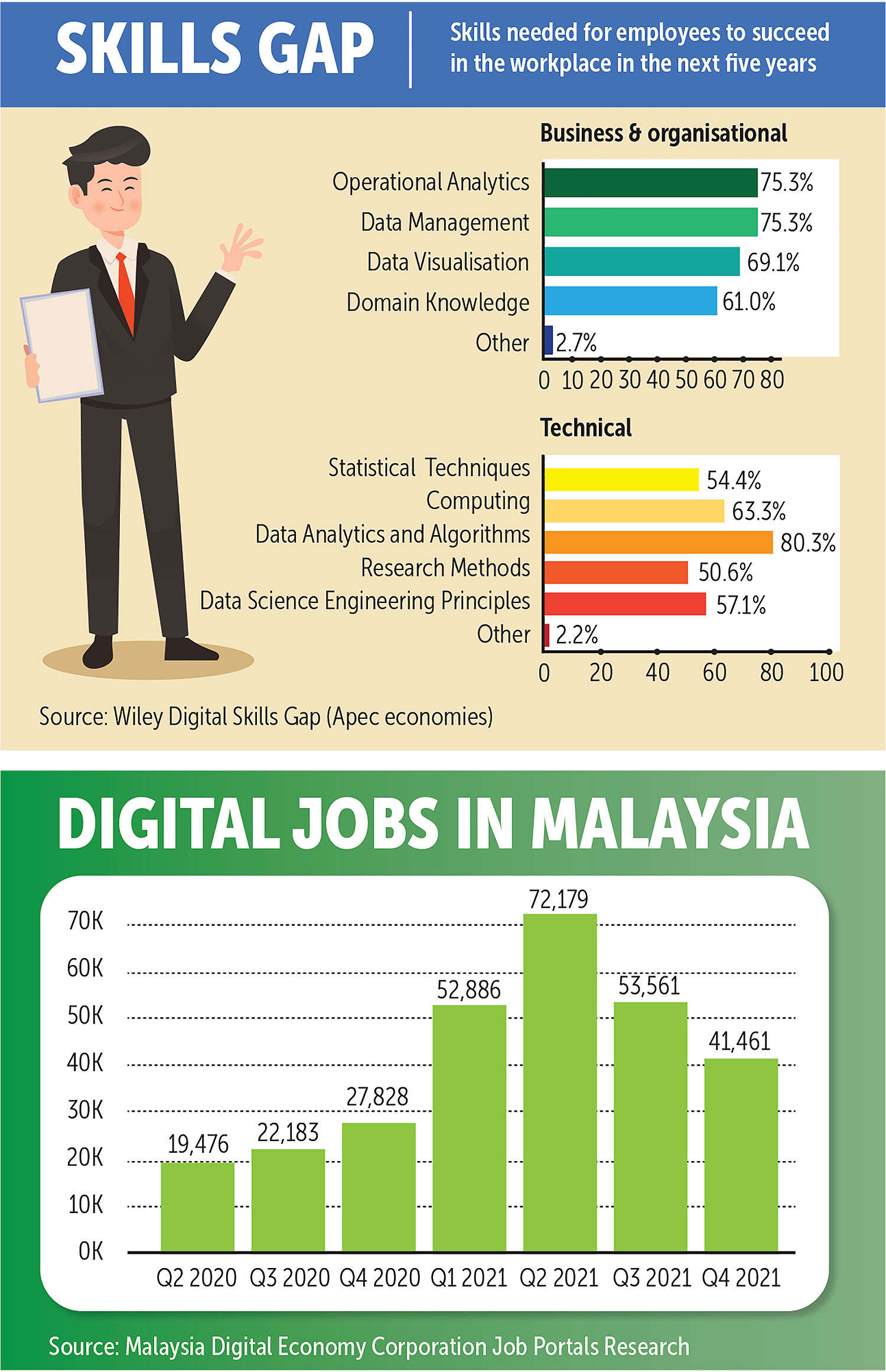 "The widespread use of digital technology has accelerated the pace of globalisation, transforming the world economic order as well as Malaysia's economy," says Mustapa bin Mohamed, Malaysia's minister in the Prime Minister's Department (Economy).

The region has more than 440 million internet users, over 80% of whom have used digital platforms for consumption, ranging from ride hailing to shopping, he told the World Digital Economy and Technology Summit 2022 held recently in Kuala Lumpur.

As of last year, 890,000 micro, small and medium enterprises (MSMEs) in Malaysia has adopted e-commerce, exceeding the government's original target of 875,000. It now expects the figure to reach 1.1 million by 2025, he added.

The digital economy is expected to make up 22.6% of Malaysia's GDP and create 500,000 jobs by 2025, according to Ahmad Amzad bin Hashim, deputy minister of science, technology and innovation.

"We cannot lose sight of the importance of digitisation to the economic development and livelihoods of people. We live in a world where we either innovate or perish," said Abdul Wahid Omar, former minister in the Prime Minister's Department. 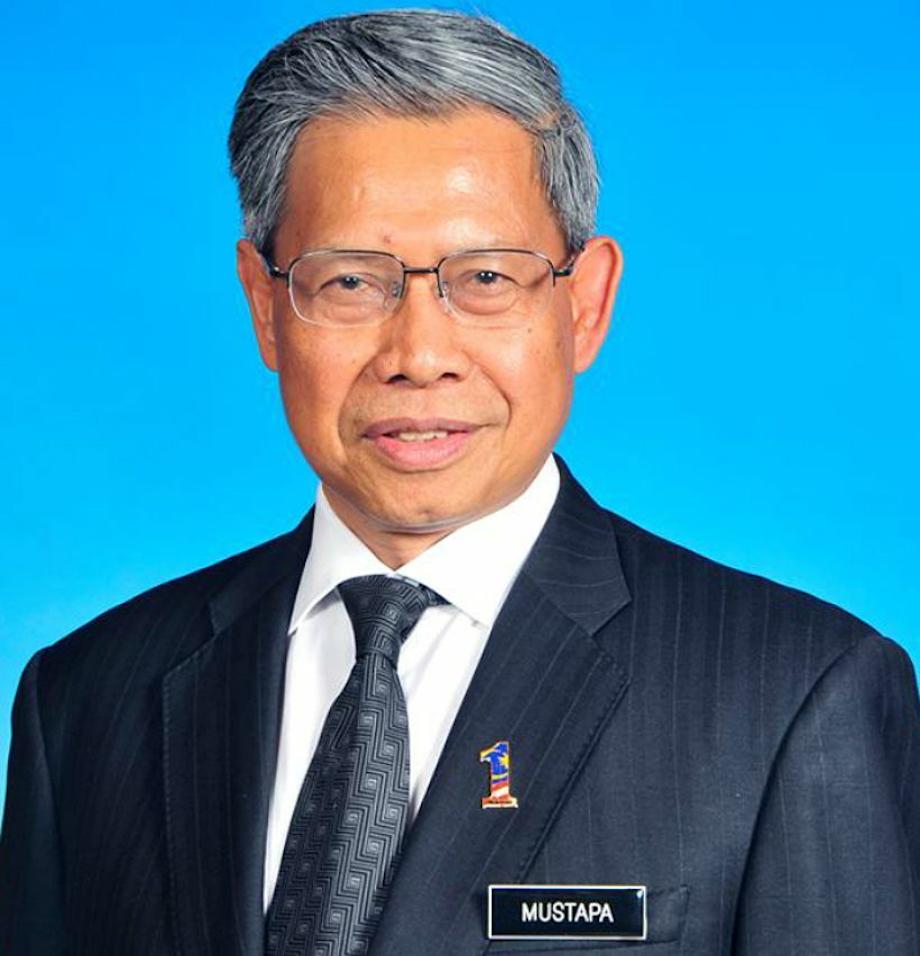 India is counting on innovation to unleash the power of digital commerce for millions of small merchants through its Open Network for Digital Commerce (ONDC).

NR Narayana Murthy, founder and chairman emeritus of Infosys, one of the world's largest software services companies, helped spearhead the government-backed drive to create the platform, which is expected to be fully operational by the end of this year.

The Indian government realised that the e-commerce infrastructure of big portals such as Amazon and Flipkart, among others, was prohibitively expensive and complex for small traders. It decided to invest in an open network for digital commerce for them, he explained.

"The beauty of this model is that it has transformed a huge fixed cost that only big companies could afford into a revenue expense or a variable expense or a small pay-per-use thing," Mr Murthy said. 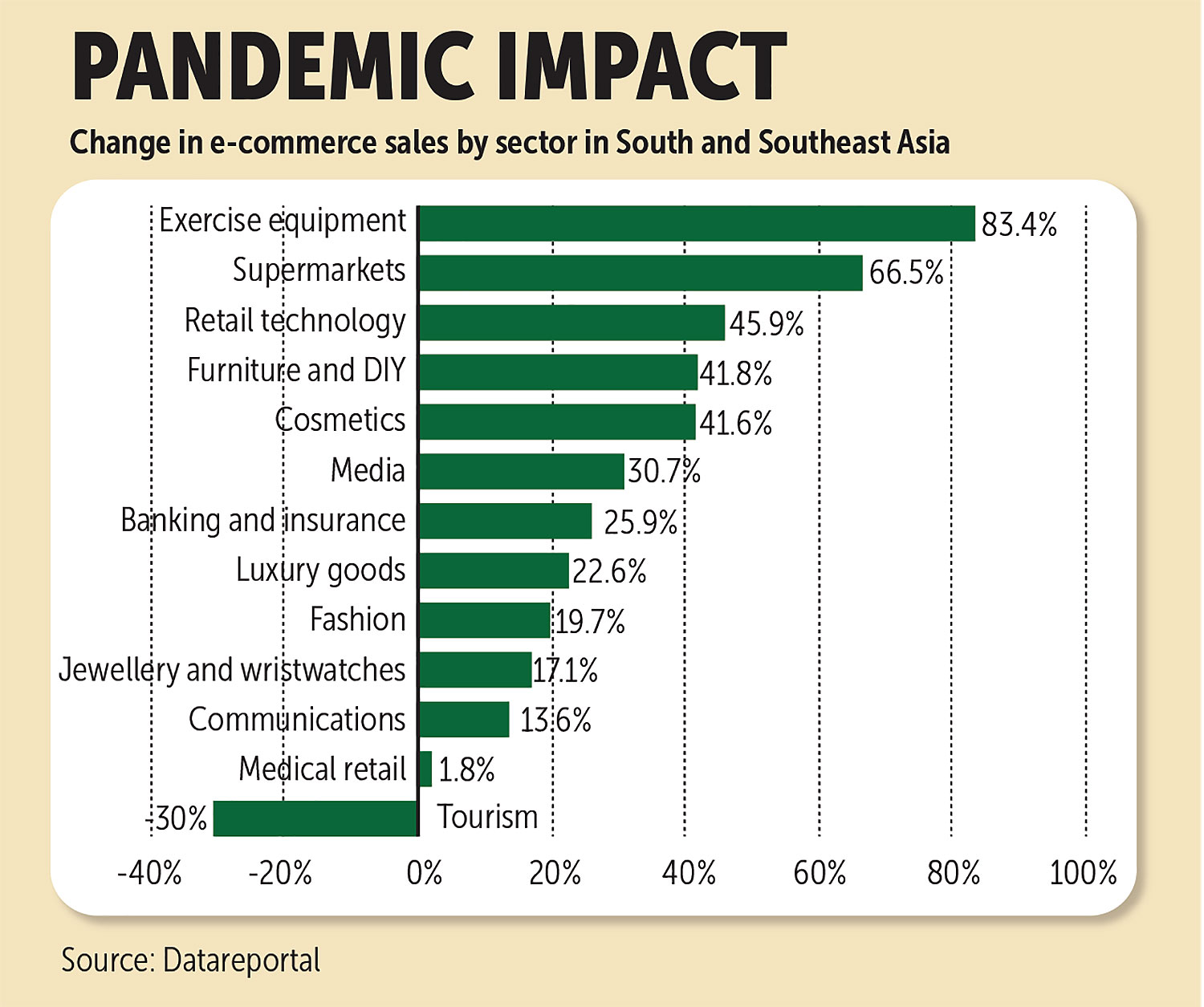 He cautioned, however, that digitisation on a large scale could result in job losses in some sectors, particularly among the poor. Governments have to think carefully about creating alternative opportunities for people at risk of being left behind, even as they encourage companies to scale up their operations, he advised.

Indonesia's digital economy also has enormous potential and is projected to double in value to $146 billion by 2025, said Muhammad Neil El Himam, deputy director of the Ministry of Communication and Information Technology.

Indonesia aims to bring nearly 50% of its 63 million SMEs on board on digital e-commerce platforms by 2023, he added.

The country has been working hard to create more than 12,000 kilometres of fibre optics that connect 514 cities and regencies nationwide, said Sandiaga Uno, minister of Tourism and Creative Economy.

"We are actually moving very swiftly toward a digital economy that would be able to create 4.4 million new jobs by 2024," he told the event. 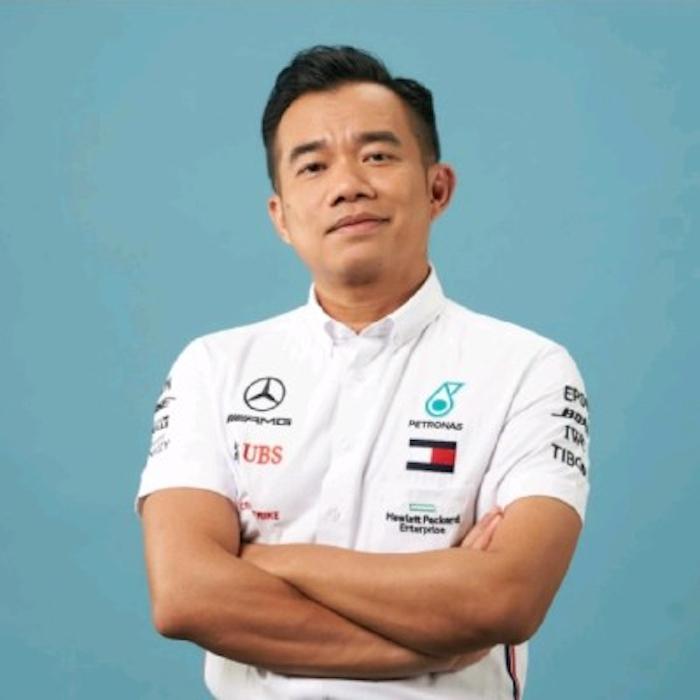 "Companies need to adopt the ability to change, and this is where digital comes in very strongly," says Aadrin Azly, chief digital officer of Petronas. SUPPLIED

Becoming a digital leader does not happen overnight. An organisation needs to have a proper roadmap and drive its business by making optimum use of digital technology. By enabling digital capability, it can become the leader in its field, said Othman Abdullah, CEO of Islamic finance and innovative services with Silverlake Group in Malaysia.

Mr Othman shared his involvement with Islamic Bank of Brunei, saying that it became the market leader in the sultanate thanks to its digital capabilities, ranging from mobile banking, merchant platform, mobile advertising and e-commerce to digital brand sales and services.

Digital leadership takes more than capital resources and investment in technology, said Teck-Yong Eng, head of Henley Business School Malaysia. Leadership has a lot to do with a coherent strategy and vision that are supported by technology and infrastructure at the national level.

Organisational ambidexterity is part of the new business culture. Ambidextrous leaders are capable of looking at short- and long-term goals. Operational issues are urgent, but corporate leaders should look beyond those issues and focus on long-term priorities in order to be able to create economic value, Prof Eng said. 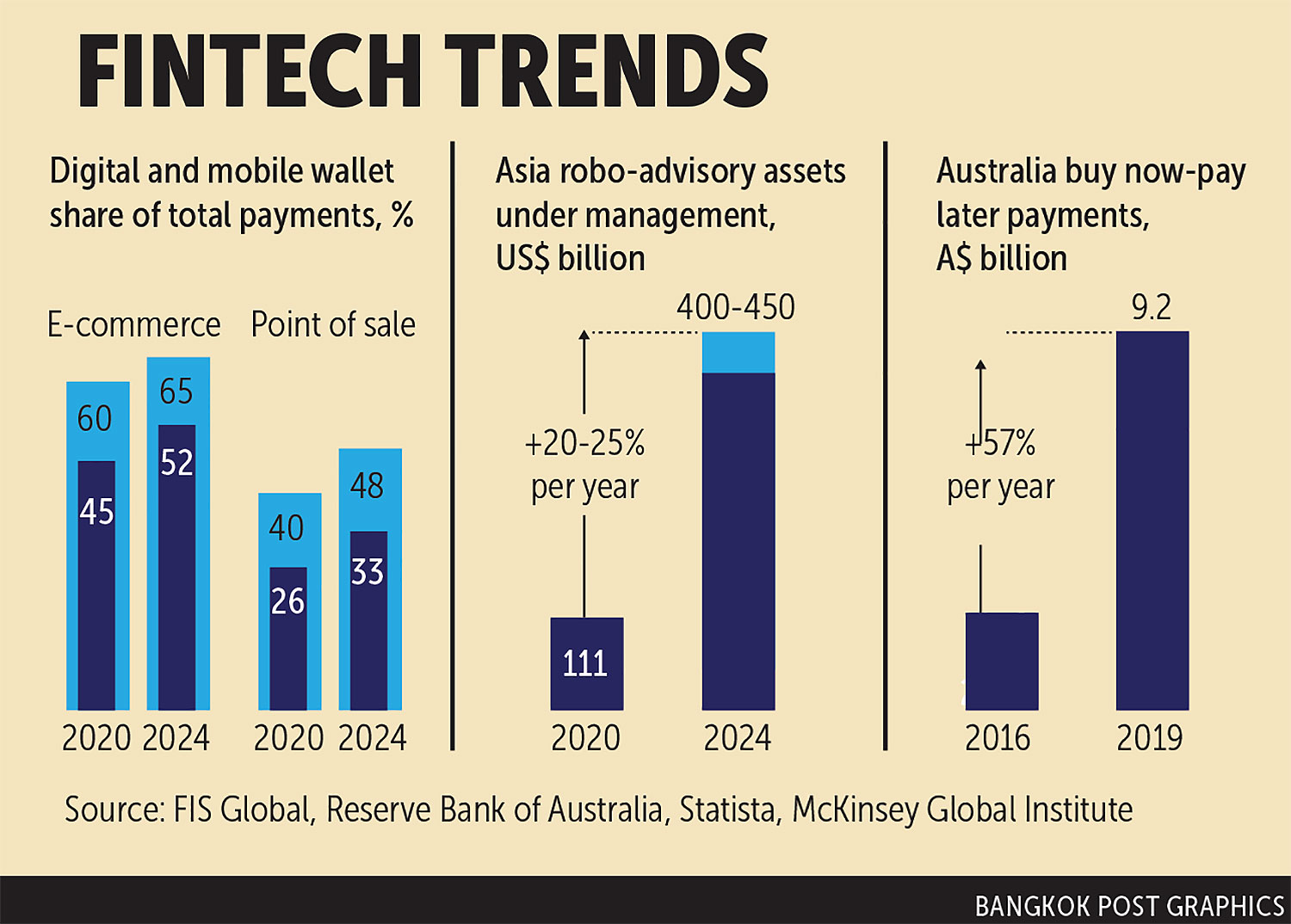 Being a digital laggard is no longer an option for any business. To embed digital services in core corporate functions, a digital-ready leadership is an absolute prerequisite, said Deborah Biber, chairperson of the Digital Economy Task Force of the UN Economic and Social Commission for Asia and the Pacific and chief executive of Blue Moon Advisory.

"Digital leaders stand out because of their innovation and vision, not necessarily through their position or seniority in a company, but by fostering a culture of digital dexterity and adoption in their organisation," she added.

"Digital leaders constantly identify gaps in their industries and then set out to build bridges through the latest technological innovations. They don't go by the book, instead they become pioneers for others to follow."

The journey to digital transformation is not that linear and simple. It takes a lot of experimentation, trial and error. This is where the vision and perseverance of digital leaders comes into play. Digital leaders have a healthy risk-taking appetite and can see future results instead of getting carried away by setbacks and challenges, she emphasised. 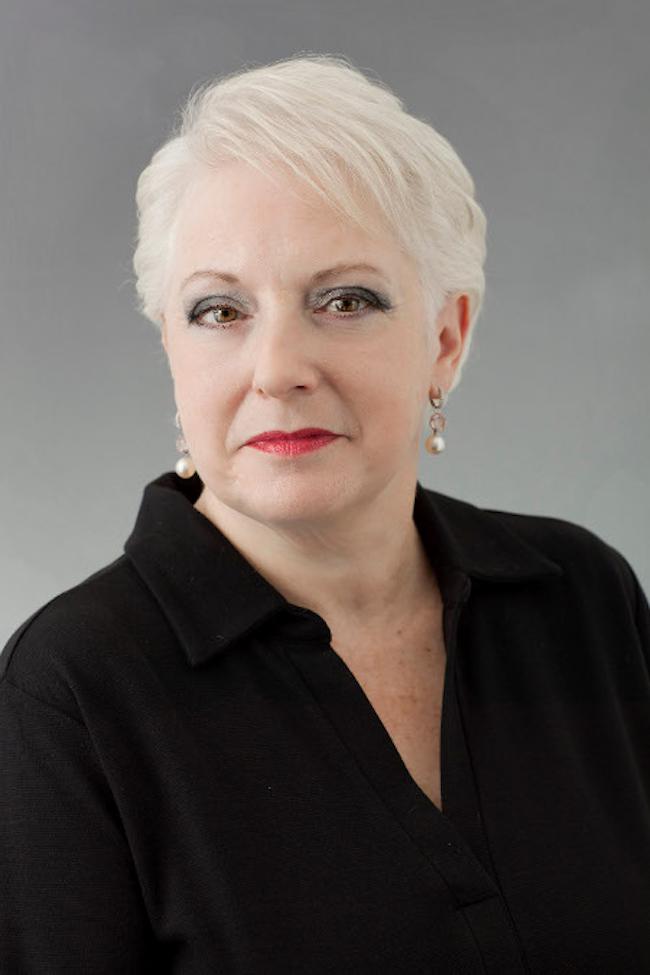 For corporate survival in the digital-first world, having the right assets, the right people, the right technology and the right capabilities are still important, but they are no longer as important as having them at the right time, said Aadrin Azly, chief digital officer of Petroliam Nasional Berhad (Petronas).

From the consumer perspective, because so many people now rely on digital platforms for basic daily needs, they expect a high level of responsiveness no matter how big or small the business is, said Muhammad Afhzal Abdul Rahman, chief digital technology officer with the Employees Provident Fund (EPF) of Malaysia.

On the employee side, they also expect similar exceptional experiences that go beyond the mundane, going to the office, logging in and doing work. They are looking for digital tools that can help them achieve bigger goals while being able to collaborate across regional teams, he added.

But the basics still apply, and companies need to operate in a safe, reliable and efficient manner, said Ayati Purnomo, president commissioner of PT Blue Bird Tbk in Indonesia.

As a taxi transport services provider, Blue Bird needs a good maintenance system for more than 20,000 vehicles, said Dr Purnomo. "If we cannot adapt to digital transformation, how can we make sure that every single vehicle is being accurately predicted and monitored for the quality of our maintenance? It's almost impossible."

Blue Bird now offers multi-channel taxi booking for its customers as well as a call centre and data centre to improve customer services, manage complaints, information and feedback received from customers, she added.

For founders and entrepreneurs, digital transformation has to start from the top down. Anything to do with technology is an investment for future sustainability and relevance of the company, said Chan Kok Long, co-founder and chief sales officer of the Malaysian payment company iPay88.

"The mother of all disruption is always digital payment. Every industry is very hungry for payment solutions."

Digital payment platforms are no longer just an add-on service but have to be integrated with the entire digital ecosystem, including cybersecurity and user experience, he added. 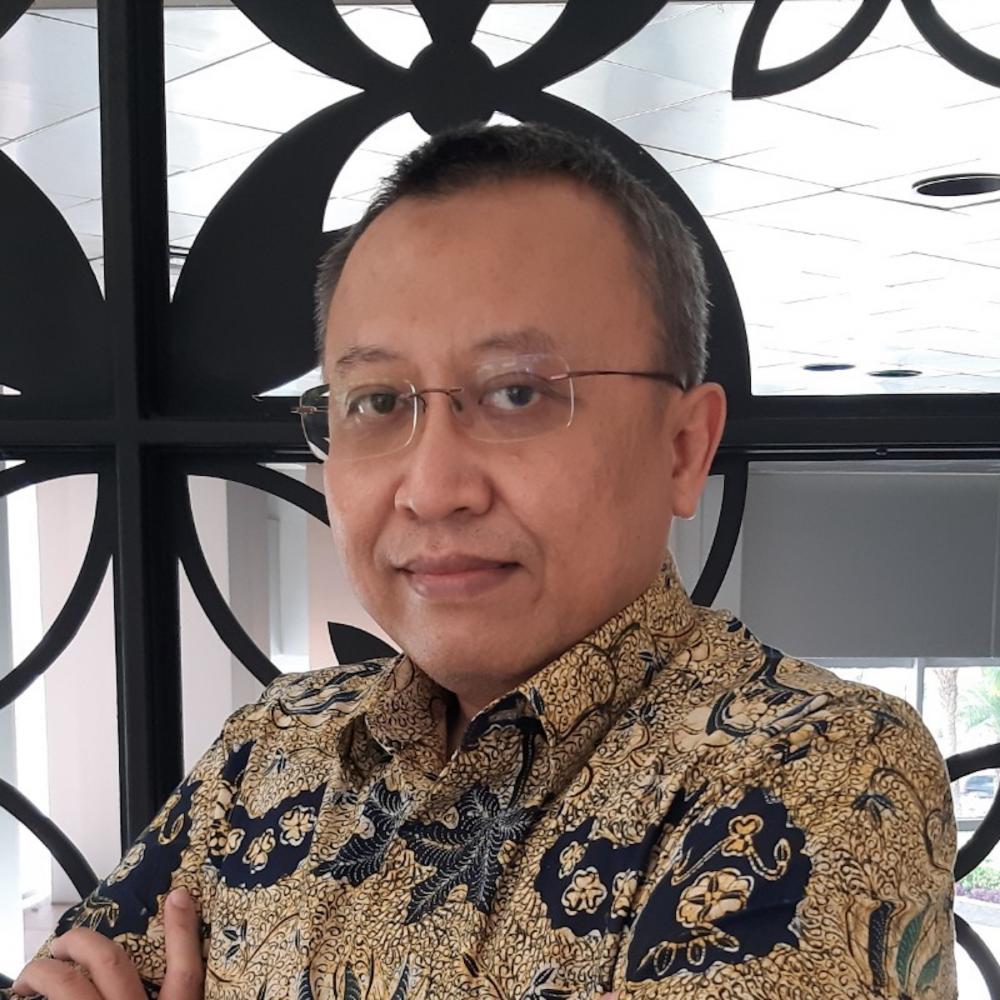 Indonesia's digital economy is expected to double in value to US$146 billion in 2025, says Muhammad Neil El Himam, deputy director of the Ministry of Communication and Information Technology. SUPPLIED

Digital systems have no sense of connectedness and affinity and cannot make judgement calls. As such, humans will still be needed in many fields and will continue to excel in areas that require human touch, empathy, care and joy of relationships, Mr Wei noted.

"As long as we develop our human capabilities, we need not be overly concerned with the competition with machines," he said.

Based on LinkedIn Talent Insights, more than 260,000 Malaysian digital talents have profiles on LinkedIn, said Sumitra Nair, senior vice-president for strategy and policy with the Malaysia Digital Economy Corporation (MDEC).

The banking sector has experienced a huge spike in hiring demand for digital talents while other non-traditional information and communications technology (ICT) sectors are looking for people equipped with digital skills, Dr Nair pointed out.

Digital talents in non-traditional ICT industries, particularly staffing and recruiting, tobacco, renewable, environment and biotechnology, continue to be in high demand. Data engineers and data scientists are the two fastest-growing job titles across Asia, she added.

While data analytics continues to be the fastest-growing skill, a conducive environment, policies and programmes are needed from tertiary education onward to ensure a continuing pipeline of talent, she noted.

During challenging economic times, companies turn to digital solutions to get the job done, especially for manual and low-skill tasks. As such, there has been a rise in digital jobs, yet there is a huge shortage of digital talents, said Wei Su Hwa, co-founder and director of Digital Way Academy, Malaysia.

To develop future-ready digital talents, Malaysia and the countries need to do a better job of integrating the breadth and depth of digital knowledge and skills into the educational curriculum, Ms Wei added.

"Machines will never replace humans, but humans do need to reflect and think of what strengths we need to work on and that is what makes us human in the first place," she added.

The pandemic has accelerated the trend of reinvention in the world of work, with millions of people taking a fresh look at what they want to do, said Anthony Raja Devadoss, managing director of Korn Ferry in Malaysia. In the past two years there have been more startups and entrepreneurial initiatives as well as more new types of jobs.

At the same time, he said, employees want more meaningful work and employers that share their values. Organisations must take environmental, social and governance concerns into account, starting at the board level and driving it down to the leadership and employee levels, to increase social responsibility, because today's workforce is looking at what the organisation is doing for them, their family and their society, he added. 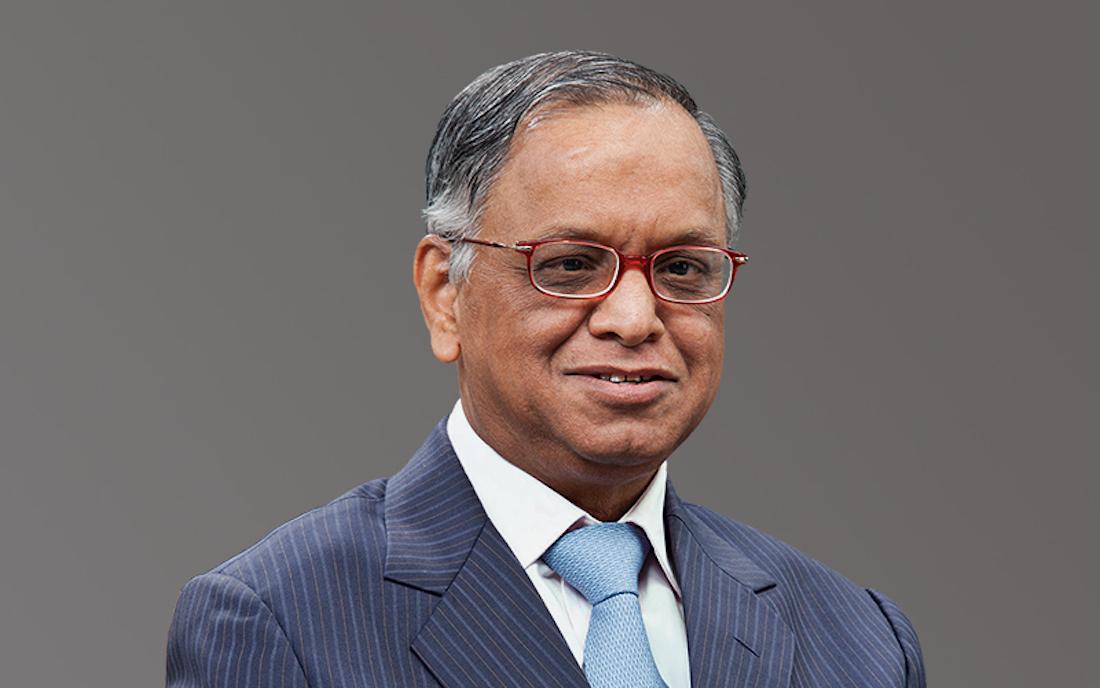