RECAP: Asian equities mostly rose yesterday as a drop in oil prices to pre-Ukraine war levels stirred hopes of a slowdown in inflation and bank interest-rate hikes. But while global markets have enjoyed a broadly positive week, recession worries and Chinese military drills around Taiwan have traders' nerves on edge. 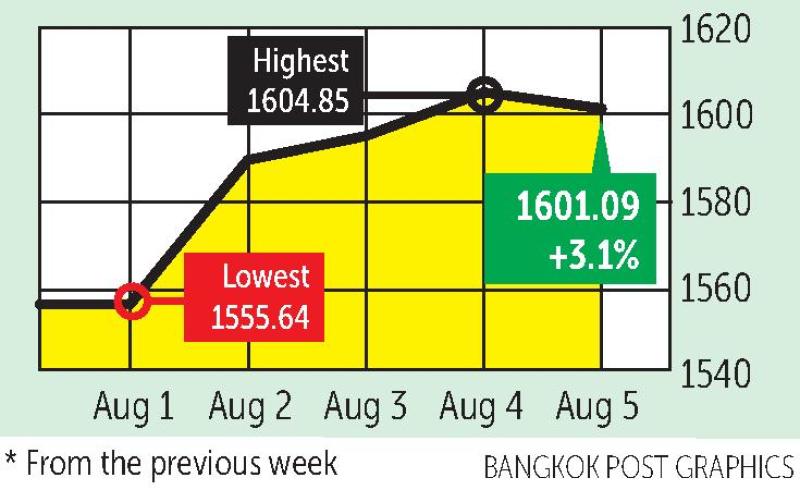 NEWSMAKERS: Oil prices headed for the biggest weekly decline since early April on increasing evidence that a global economic slowdown is weakening demand, with prices near a six-month low. Benchmark West Texas Intermediate, at $89 a barrel, was down 10% for the week.

COMING UP: Locally, the SET will release July trading data and the Federation of Thai Industries will update the Industrial Confidence Index. The Bank of Thailand's Monetary Policy Committee will meet on Wednesday. On Aug 15, the National Economic and Social Development Council will release official second-quarter economic figures.

STOCKS TO WATCH: Yuanta Securities forecasts the market dividend yield in the first half of this year to exceed 1.5%, and the outlook for third-quarter corporate earnings continues to improve. Its picks for stocks that will outperform the market in the second half of this year include TCAP, BANPU, LH, RATCH, SPALI, AH, AJ, KKP, INTUCH, BBL and ORI.

Elon Musk and Twitter dig for evidence as trial looms

KANCHANABURI: Ninety-five Myanmar migrants were arrested by Thai authorities after they illegally crossed the border into this western border province on Wednesday morning.

A Singapore Airlines Ltd flight en-route from San Francisco was escorted by fighter jets after a passenger allegedly claimed there was a bomb in his carry-on bag and assaulted the crew, according to the police.