Borrowers prepare to take a hit

A vendor sells goods from an outlet on Chakkraphet Road in Bangkok. Economists expect the Bank of Thailand to raise the policy rate this month in an effort to tame the persistently high level of inflation. (Photo: Apichart Jinakul)

Some business sectors are concerned about the effect of the Bank of Thailand's anticipated interest rate hike on companies and the public, while related private and state organisations have vowed to do their best to mitigate the impact.

The central bank's Monetary Policy Committee (MPC) is scheduled to hold its next policy meeting on Aug 10, when economists expect the rate to be increased from the current record low of 0.50%, which has remained unchanged since May 2020. A rate hike will be aimed at taming persistently high inflation.

The Federation of Thai SMEs is worried about a higher policy rate and is calling for authorities to prepare measures to help small and medium-sized enterprises (SMEs) deal with the impact.

A rate increase will increase financial costs, reduce financial liquidity, and cause SMEs to lose competitiveness in the market, said Sangchai Theerakulwanich, president of the federation.

Many SMEs are expected to reduce their operational costs and delay plans to hire new workers in the event of a rate hike.

But in a worst-case scenario some SMEs, which are shouldering higher production costs following soaring energy prices, may resort to business shutdowns as they cannot afford additional financial burdens, according to the federation.

"If the government raises the policy rate as a way to calm down inflation, it should implement measures to help affected SMEs," said Mr Sangchai.

He wants authorities to carefully manage the difference between loan and deposit interest rates, now that it is higher than in other countries.

"The rate difference in Thailand stands at a two-digit figure, compared with other countries with only one digit," said Mr Sangchai.

He is worried that the difference between loan and deposit rates will widen if commercial banks include risk factors in loan interest calculations, increasing the current difference from around 10% to 14%.

The federation wants the government to hold discussions with commercial banks to keep loan interest at levels that will not deal a heavy blow to SMEs.

Authorities and bankers should also consider extending the debt payment period for SMEs so they can avoid the prospect of being listed in the non-performing loan category, said Mr Sangchai.

"The period should be extended by at least three months," he said, adding that more extensions could be considered on a case-by-case basis. 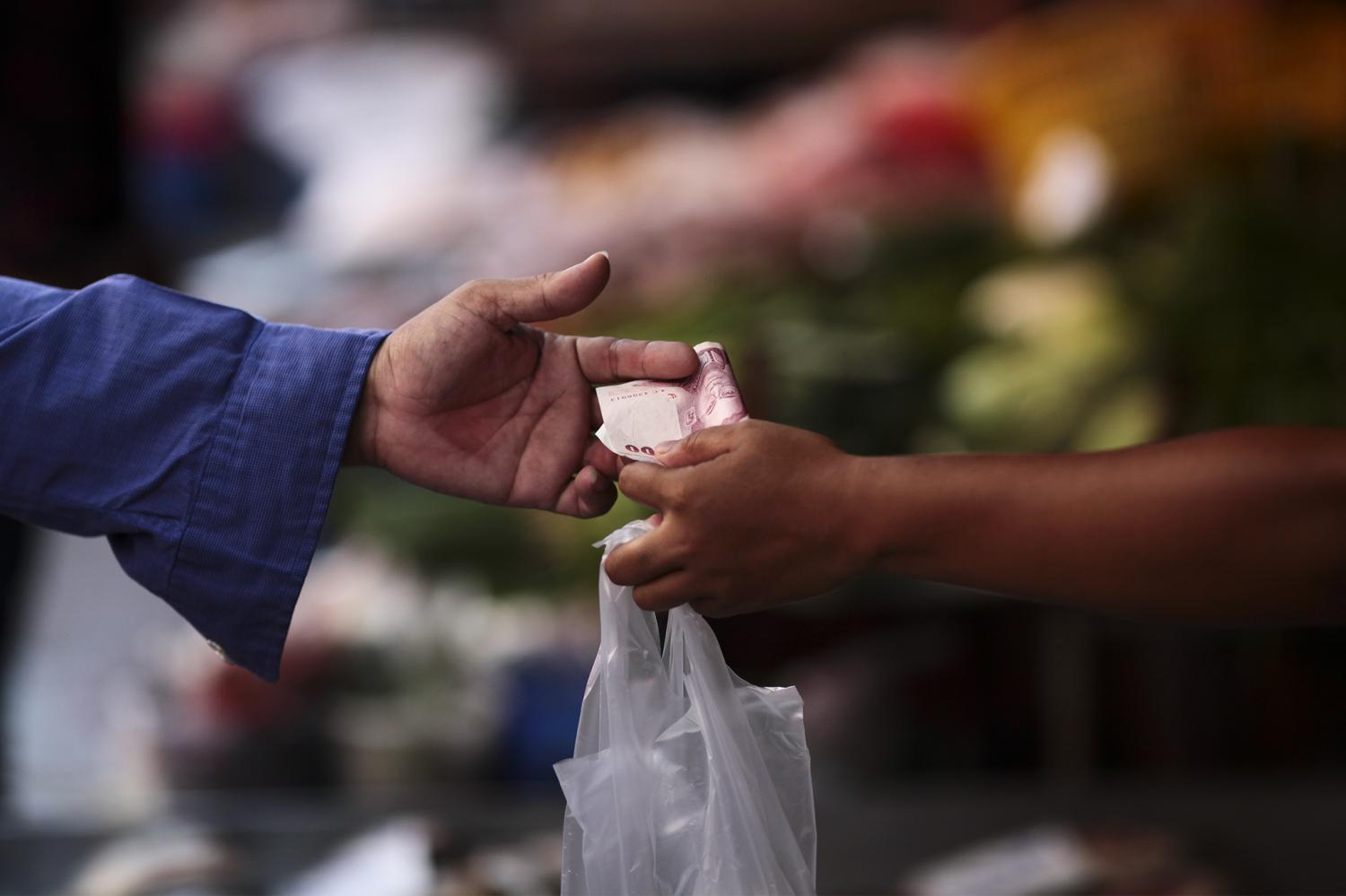 The rising inflation rate, on a year-to-date basis, has increased the expenses of the household sector by 3.6%. Patipat Janthong

Chamnan Srisawat, president of the Tourism Council of Thailand, said inflation, rising interest rates, and higher household debt would impact the tourism recovery as operators try to cope with surging costs and tourists might have lower travel budgets.

However, these negative factors are happening globally and Thailand as a major tourism destination can still expect to enjoy rising demand as more travel restrictions are eased.

Mr Chamnan said the country saw a significant growth in tourism arrivals of around 30,000-40,000 per day following the country's full reopening. This trend implies that people still long for a travel experience after being kept at home for two years due to social distancing policies.

He said inflation could impact tourism in the short term. The government could help the industry overcome the challenges ahead by allocating 1 billion baht to the Tourism Booster Shot scheme in the third quarter.

As high airfares and a lack of flights are the most concerning threats, a stimulus which helps subsidise airfares or jet fuel costs would be able to lift some of the burden from airlines and tourists.

Apart from air travel, he said funds should be allocated to promote more cross-border tourism with neighbouring countries, which accounts for around 30% of overall tourism arrivals.

"Thai tourism has to create more opportunity with the Booster Shot [scheme] to help support the ongoing recovery instead of waiting for organic growth," Mr Chamnan said. 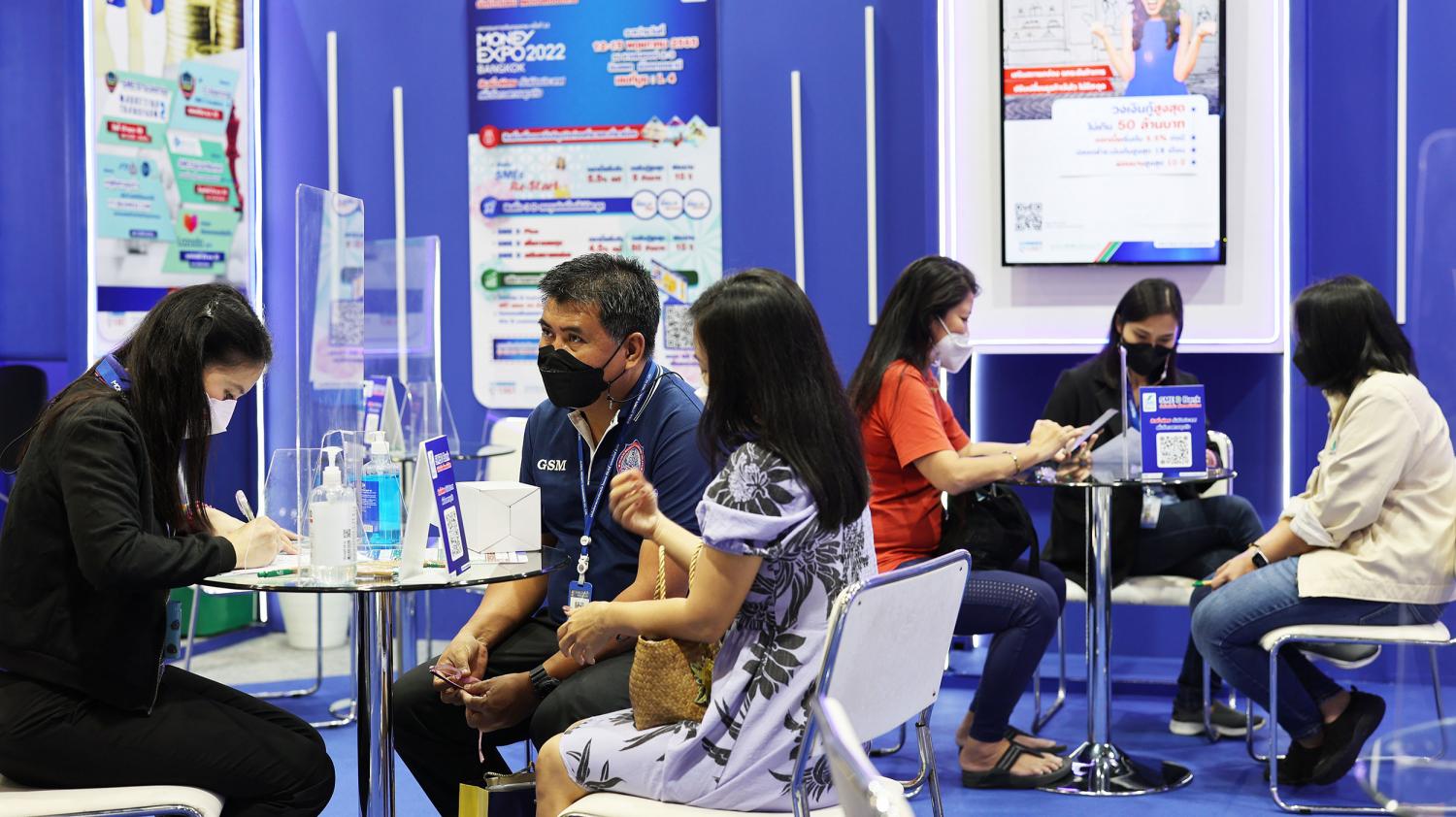 People discuss financial deals at Money Expo 2022 held earlier this year. Mr Sanan expected the household debt to stay at 92% of gross domestic product (GDP) this year from 90% last year, with the rate likely to improve to 90% late next year once the Thai economy recovers.

Sanan Angubolkul, chairman of the Thai Chamber of Commerce, said Thailand's hefty household debt was worrying, and it may affect the pace of the country's long-term economic recovery.

More importantly, it will constrain people's ability to borrow for consumption and business expansion, he said.

"The private sector is now growing concerned about the country's economic prospects, which may see a slowdown or slower growth if domestic household debt remains on the rise," said Mr Sanan.

However, Mr Sanan insisted that high household debt did not mean the country's overall economic condition was in a very bad shape and people would fail to repay debt, but this issue would weaken purchasing power and businesses' ability to ask for new loans to fund investment.

In addition, Mr Sanan said hefty household debt did not mean that Thai financial institutions were suffering from problems, because they have all allocated allowances for doubtful accounts, with some of them having implemented debt restructuring or offered debt suspensions to allow their clients to stay in business.

According to Mr Sanan, Thai Chamber of Commerce studies of Thailand's household debt have shown that there are a great number of households which have debts, but the amount of debt owed by each household remains relatively small.

"Doubtful debts which result in a financial crisis are normally derived from debts incurred by the private sector, or large companies, or financial institutions which provide loans and fail to retrieve them, as happened during Thailand's 1997 financial crisis," said Mr Sanan. "The crisis does not stem from household debt."

Mr Sanan expected household debt to stay at 92% of GDP this year, from 90% in 2021, with the rate likely to improve to 90% late next year once the Thai economy has fully recovered. 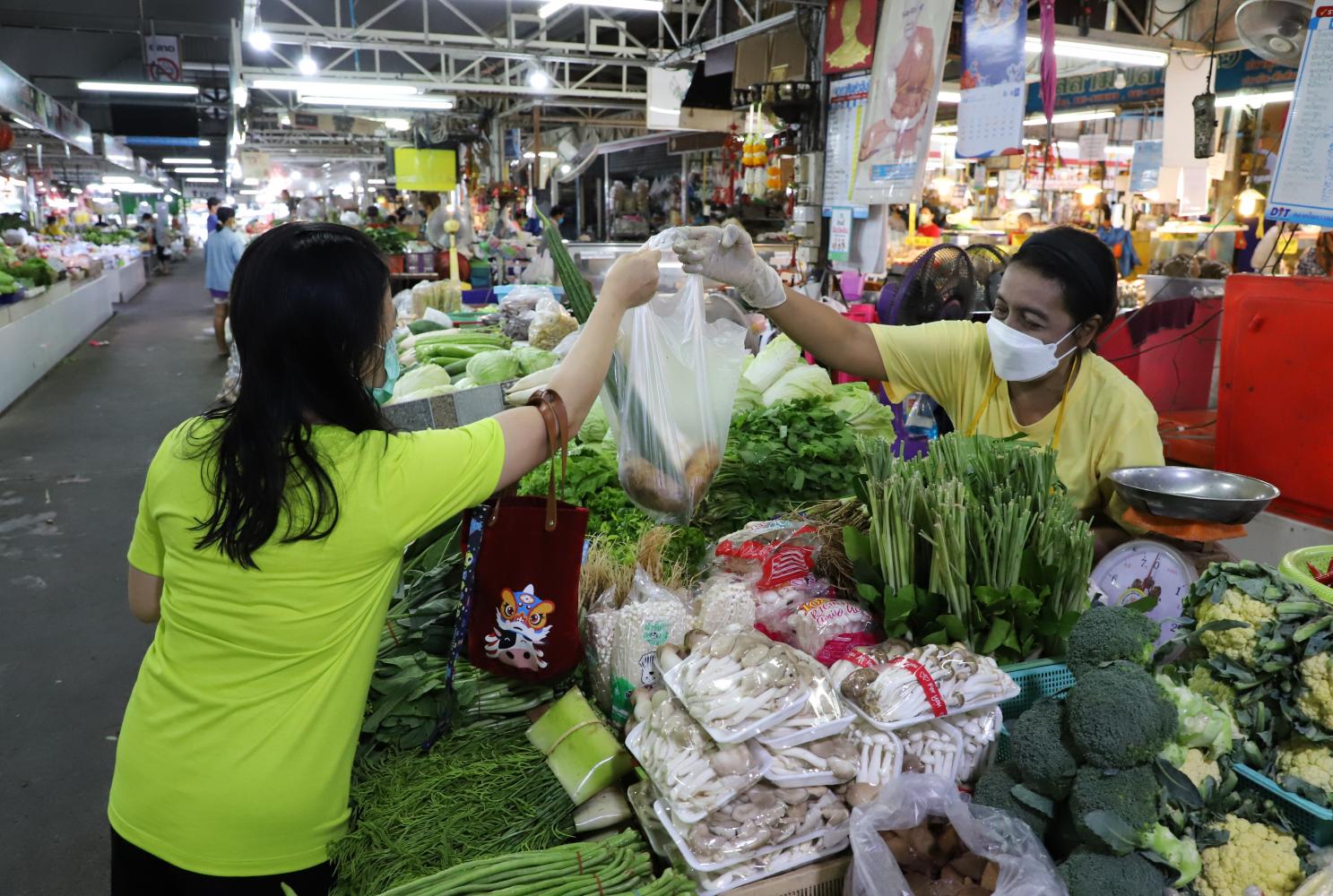 "What the business sector is concerned about the most right now is a hike in the country's benchmark interest rate by the Bank of Thailand," said Mr Sanan.

"The rate hike should not be in an excessive and accelerated manner, to enable the private sector to adjust. In the meantime, the government needs to: take care of the energy sector, which directly affects the private sector's production and transport costs; provide more funding support, marketing channels, and greater access to export markets for SMEs; and tackle existing lending conditions that hinder the business sector."

Sethaput Suthiwartnarueput, governor of the Bank of Thailand, said any policy rate hikes would be on a gradual basis to ensure no disruption to a post-pandemic economic recovery.

The central bank is ready to prolong its existing debt assistance measures and implement additional policies if need be.

The governor said an interest rate increase would not affect existing retail borrowers significantly because around 60% of total retail loans are charged at a fixed rate. Although mortgages are charged at floating interest rates, monthly debt instalment payments are fixed.

However, new borrowers would be affected by rising interest rates, so they should consider their income and debt payment capabilities carefully before applying for a new loan.

If the interest rate rises by 1%, the household sector's financial burden would increase by 0.5% on average, according to the central bank.

Meanwhile, the rising inflation rate, on a year-to-date basis, has increased the expenses of the household sector by 3.6%.

Finance Minister Arkhom Termpittayapaisith said he would ask financial institutions not to raise their interest rates in a manner that would add too much of a burden on clients.

The government has also launched a series of measures to ease people's burden and maintain their purchasing power, Mr Arkhom added.

Tim Leelahaphan, an economist at Standard Chartered Bank (Thai), expects the MPC to increase the rate by 75 basis points by the end of this year, beginning with a 25-basis-point rise at the August meeting.

However, business operators have been preparing for higher financial costs, while the market has long anticipated the central bank's policy rate hike this year, said Mr Tim.

Many banks have vowed to try to prevent the rate hike from adding too much of a burden on customers.

The state-owned Small and Medium Enterprise Development Bank of Thailand will try to keep its interest rates steady for as long as possible to prevent a burden being added to its customers from the impact of the policy rate hike, said president Nartnaree Rathapat. Economic uncertainty may arise from external factors and inflationary headwinds, as well as the trend of rising interest rates, he added.

At the end of June 2022, SCB loans under CDR stood at 263 billion baht, or 11% of total loans, rising from 249 billion baht at the end of the last quarter, as more customers were transitioned from the central bank's blanket relief programmes.

Mr Manop said the payment profile of customers in the CDR programme was well within expectations. Based on the company's latest assessment, CDR loan volumes for the whole year are expected to be slightly lower than the earlier estimate of 350 billion baht.

Banks may not react immediately to the interest rate increases in order to support borrowers amid the gradual economic recovery, Payong Srivanich, chairman of the Thai Bankers' Association (TBA), said last week at the JSCCIB panel meeting.

However, the TBA cannot say specifically how long the delay in the banking rate rises would be after the central bank starts increasing the policy rate. The banking sector's interest rate moves depend on the financial institutions' own strategies, Mr Payong added.