A man walks past a signboard promoting projects at U-tapao International Airport and the Eastern Airport City. Somchai Poomlard

The cabinet yesterday approved the allocation of 1,032 rai of land in the Eastern Airport City project to create a free-trade zone within the Eastern Economic Corridor (EEC), in a move to attract investors and businesspeople.

Speaking after the weekly cabinet meeting, Prime Minister Prayut Chan-o-cha said the free-trade zone at Airport City will not be restricted by large numbers of laws and regulations, with waivers on customs tariffs and other import measures on offer.

Airport City is located in the 6,500-rai economic zone for aviation, one of the EEC's seven zones approved by the cabinet in March this year, which were created to strengthen Thailand's investment competitiveness. 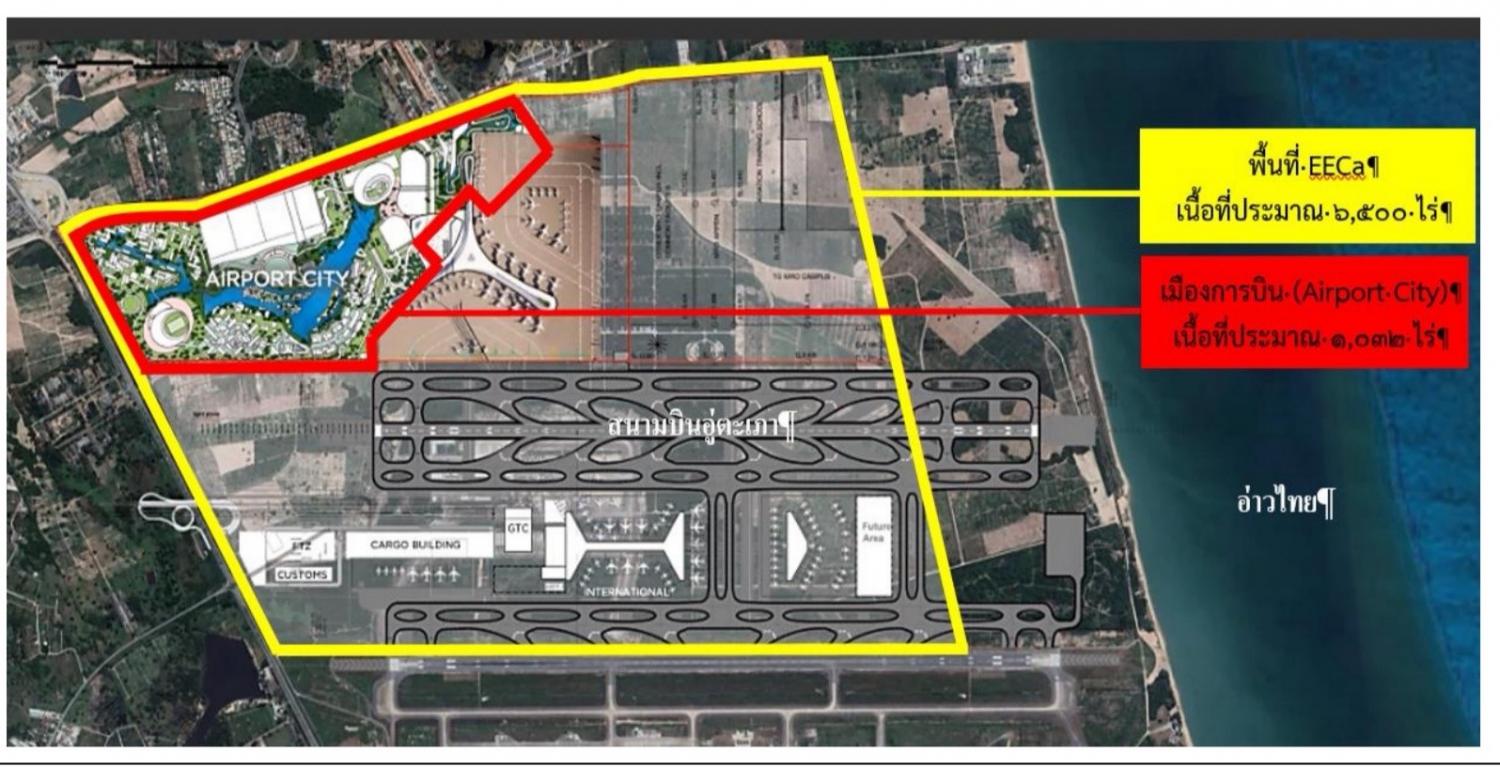 A map shows the area allocated for the Eastern Economic Corridor for aviation (EECa), highlighted in yellow.

Foreign workers will be allowed to work in certain businesses at Airport City, she said, adding that travellers and tourists will enjoy excise tax exemption on consumer products bought there during its first 10 years.

Other tax perks, such as value-added tax (VAT) waivers on purchases by tourists of up to 20,000 baht per person per year at Airport City in the first 10 years, are pending the government's consideration.

In a related development, the cabinet yesterday approved a draft action plan on agricultural development in the EEC between 2023 and 2027, covering 101 development projects with spending of 2.84 billion baht.

The plan aims to make Chachoengsao an aquatic animal farming source, Chon Buri an energy crop production base, and Rayong a gathering venue for fruit and fresh seafood.