Months into its war against Ukraine, Moscow continues to let its own citizens access YouTube, leaving a conspicuous hole in its effort to control what Russians see and hear about the conflict.

The video-streaming service, owned by Alphabet Inc.'s Google, is one of the few places where Russians can view and discuss images of the war from independent outlets.

Russia has restricted domestic access to many other big platforms -- including news sites and Facebook -- since the conflict began.

YouTube's availability in Russia has continued for longer than some Google executives themselves initially expected, according to people familiar with the matter, especially given that the Silicon Valley giant has irked Moscow during the war.

Moscow has repeatedly demanded that YouTube restore its channels and seized Google's bank account in the country, forcing its local unit to declare bankruptcy and move its staff abroad.

In July, Russia's telecommunications regulator fined Google $360 million for failing to remove content about the war that challenges the Kremlin line.

Among major non-Russian social platforms that offer broad access to independent news, only the chat app Telegram has similarly avoided being shut off.

The result is Russians now live behind a digital iron curtain, albeit one with significant gaps.

Early after Russia invaded Ukraine, many Russian journalists and Western technology executives said they expected YouTube to be banned, because the government was blocking thousands of websites with content that challenged Moscow's propaganda.

"Some banks are too big to fail, and some apps are too big to be blocked," said Nu Wexler, a former policy communications staffer at Google, Meta and Twitter. "The Russian government knows they would face a backlash if they were to block a popular app like YouTube in the country."

The Russian communications regulator responsible for blocking social-media outlets didn't respond to a request for comment.

A Kremlin spokesman said in March that Russia was regulating internet access because of "the absolutely unprecedented information war that was unleashed against our country." 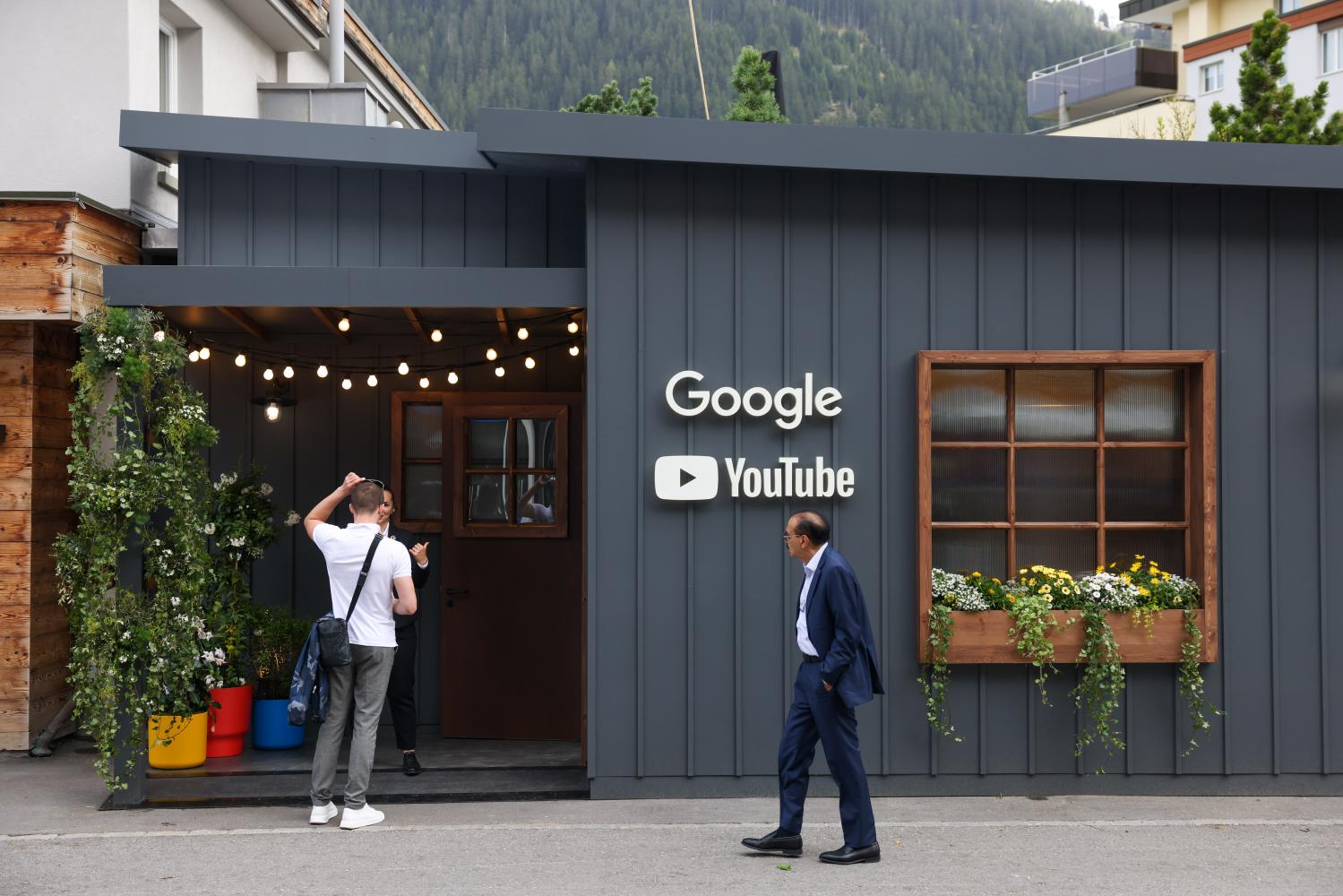 YouTube had more than 85 million monthly unique viewers in Russia in June. Photos by Bloomberg

"YouTube still operates in Russia because the company wants to help citizens know what's going on and have perspectives from the outside world," YouTube chief executive Susan Wojcicki said at a conference in May.

YouTube had more than 85 million monthly unique viewers in Russia in June, according to analytics company SimilarWeb.

The video site was used by 47% of a sample of Russians surveyed in April by the independent Russian pollster Levada Center, making it the country's second-most popular social network behind local service VKontakte.

That makes YouTube far more popular than Rutube, a Russian rival that Moscow is trying to promote.

Russian officials have said state money would be invested into Rutube, a unit of the state-owned energy giant Gazprom PJSC that features pro-Moscow content.

It had 9.7 million monthly unique viewers in Russia in June, SimilarWeb said.

The popularity gap could dwindle. Igor Ashmanov, a member of Russia's presidential council for civil society and human rights development, told a state-news agency that he expected YouTube to be blocked in Russia by the fall, when he said he expected Rutube to improve its experience.

Such a move would require Russians to use special software to circumvent the ban and access YouTube.

The video site could become harder to see even if it isn't blocked.

Some Russian companies that provided servers to relay YouTube videos say Google severed agreements with them, said people familiar with the matter. Without those servers, YouTube could become partially unavailable in Russia.

A Google spokeswoman said the company continues "to work hard to keep YouTube accessible in Russia."

Google has suspended advertising and other commercial activities in Russia, citing the war. Alphabet chief financial officer Ruth Porat said in April that about 1% of Google's 2021 revenues came from Russia.

An examination of YouTube's Russian service shows that Google has had some success keeping off false narratives of the conflict.

Recently, the most common YouTube recommendations in Russia on about 50 pro-Putin channels were largely apolitical or historical -- with some anti-Putin videos sprinkled in -- according to an analysis last week for The Wall Street Journal by Guillaume Chaslot, a former Google engineer who runs the AlgoTransparency project. In contrast, recent videos on anti-Putin channels had many recommendations for like-minded content.

A YouTube spokeswoman said its policy prohibits the denial or minimization of well-documented violent events, including the war, and that the company has removed more than 76,000 videos and 9,000 accounts for reasons related to the war in Ukraine.

She said YouTube makes it easier for people to find authoritative information sources, while reducing recommendations of content that comes close to breaking its rules.

But not all YouTube viewers in Russia view such videos.

"I watch YouTube to be updated about current events, to keep up with information, but at the same time I don't consume any content that is anti-Russian," said Ekaterina Terzi, a 33-year-old education consultant in Moscow who, according to her YouTube account, spends 39 minutes a day on the service.

Ms. Terzi said she immediately scrolls past such content, sometimes clicking on the button that makes YouTube hide similar videos in the future.