Direct flights from India and Australia are helping to sustain Phuket's tourism industry during low season, but a full recovery might not be seen this year as the major Chinese and Russian markets are unable to resume overseas travel, says Thaneth Tantipiriyakij, president of the Phuket Tourist Association.

Mr Thaneth said the number of international direct flights to the island was currently 20 to 30 per day on average, mainly from India, which is accounting for more than 47 flights per week. This has turned India into Phuket's No 1 source of tourists.

Phuket tourism operators held roadshows in three Indian cities -- New Delhi, Mumbai, and Bangalore -- between Aug 1 and 6 with the support of the Phuket Provincial Administrative Organisation, in an attempt to capitalise on growing demand from this market.

The number of guests on the island from markets that typically visit during low season, such as Australia, had also improved, buoyed by a resumption in flights from Sydney and Melbourne operated by Thai Airways International and Jetstar Airways.

Mr Thaneth said seat capacity is key for a full tourism recovery as the province is currently only receiving 3,000-4,000 travellers per day, compared to pre-pandemic numbers of 7,000 to8,000.

He said the association has learned from Airports of Thailand in Phuket that there remains plenty of available slots for international flights at Phuket International Airport, but airlines have to wait for steadier demand to resume services or increase seat capacity. 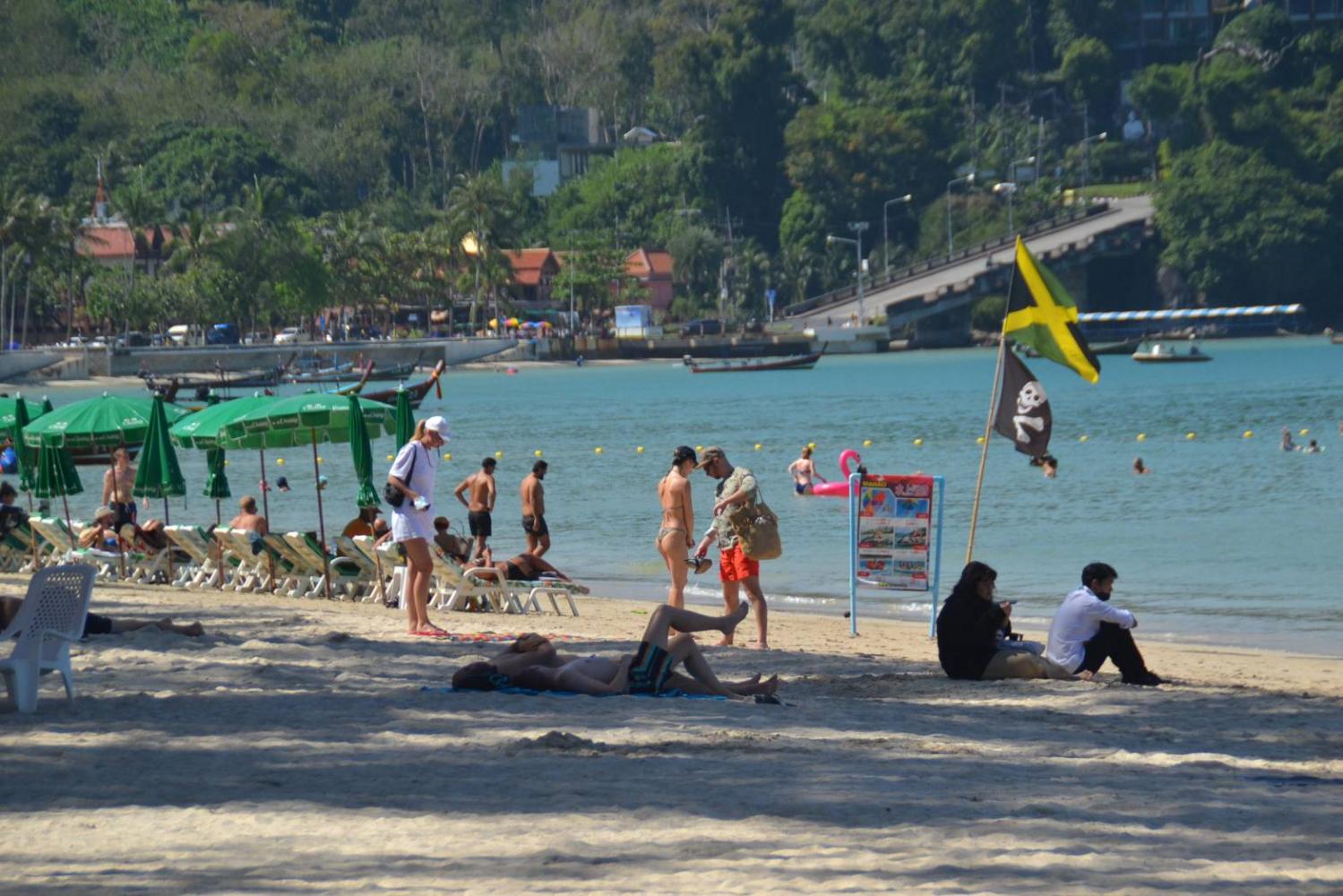 Tourists relax at a beach in Phuket. (Photo: Achadthaya Chuenniran)

From July 2021, which marked the beginning of the Phuket Sandbox, until Tuesday, the province recorded 859,720 international tourists.

Mr Thaneth said that without two major sources like China and Russia, which made up 50% of total arrivals before the pandemic, the overall number of international tourists this year is expected to be only 2 million to 3 million in the best-case scenario, down from 10 million in 2019.

The European market, which previously made up almost 20% of total visitors, also will not flood in until high season starts in October.

"We forecast that Scandinavian travellers, who are always regular guests for us during winter, will take longer trips of around six weeks, up from three weeks, as their expenditure in Thailand could be more valued when compared to their home countries, amid high inflation," he said.