Consumer advocates voice concerns over the merger of True Corporation and DTAC Plc in front of the Norwegian Embassy. (Photo: Wichan Charoenkiatpakul)

Consumer advocates on Wednesday submitted a petition to the Norwegian embassy in Bangkok, expressing opposition to the planned merger of True Corporation and Total Access Communication (DTAC), saying the move could take a toll on consumer interest due to lower competition and cause a higher risk of privacy violations.

A dozen people in a group called "citizens for freedom of communication" converged at the building where the Norwegian embassy is located in Bangkok's Watthana district on Wednesday morning.

Phromsorn Weerathamjaree, a representative of the group, said the merger would risk causing greater control of user data, which could lead to an infringement of data privacy.

"Norway is one of the Scandinavian countries that respects human rights and this is why we have to submit the petition," Mr Phromsorn said.

The control of mobile services is a cause for concern for people, and it was not clear how people could be sure their data would not be transferred to the government, he said.

He said consumers should have more choices in terms of operators as this would benefit consumers. 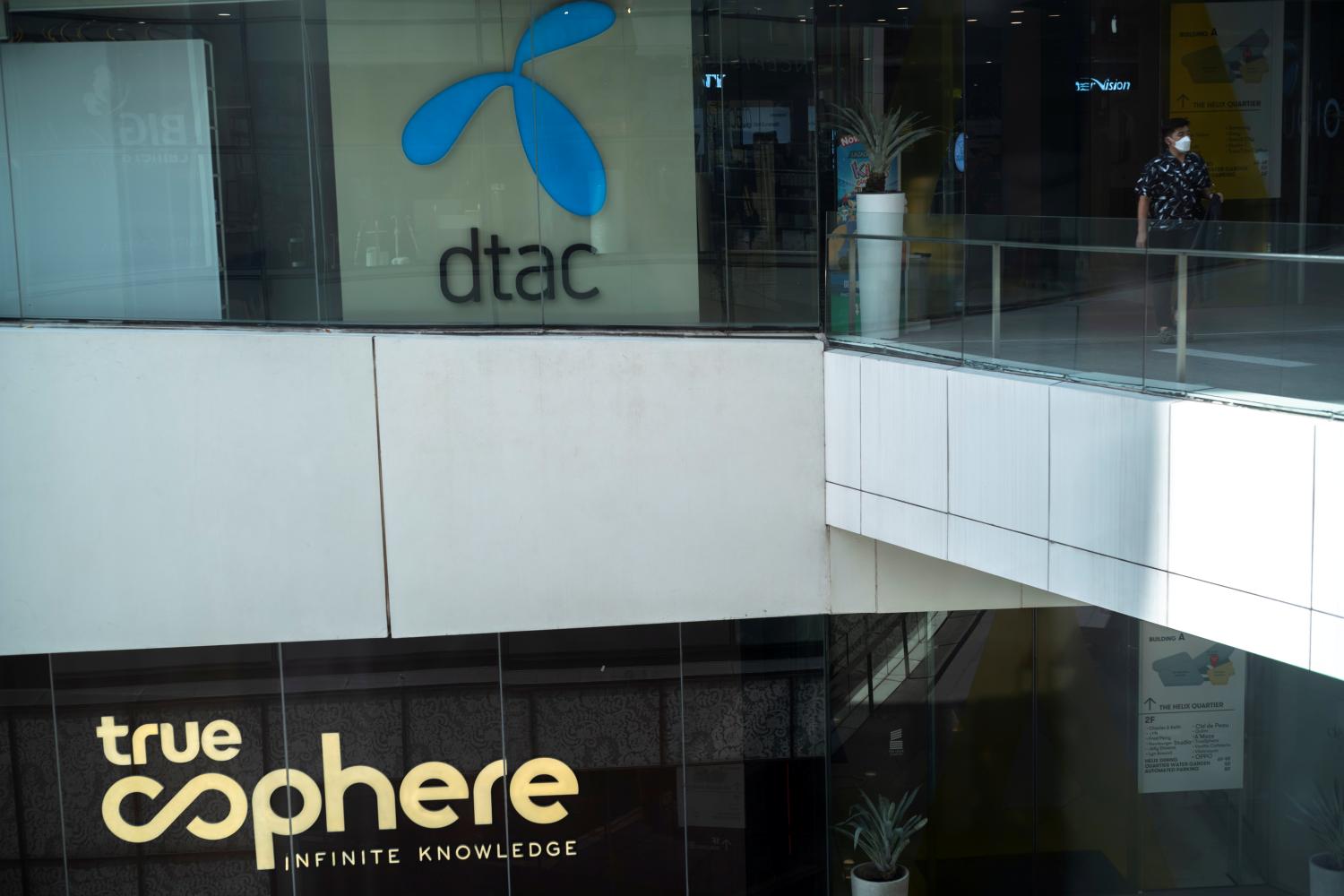 The logo of DTAC Plc and True Corporation are seen at a department store in Bangkok.  REUTERS

According to the group's statement, the merger could violate the Telecommunications Business Act, jeopardise consumer benefits and make people's freedom of communication more vulnerable to interference by state or private entities.

Panisara Tungkasamon, a representative of the Thailand Consumers Council, said reduced mobile market competition following the merger could result in a rise of service fees.

She said a study by the National Broadcasting and Telecommunications Commission (NBTC) indicated if the number of the mobile players dropped from three to two, the service fee could jump by as much as 200%.

"The merger would mean consumers would have to shoulder more mobile expenses," she said, adding there is no guarantee how good mobile networks would be in the future.

DTAC and True should also step forward to talk about the prospect of the service fees and how they would protect consumer rights following the merger, Ms Panisara said.

She said 13,500 people have petitioned via Change.org to oppose the merger.

Observing the activity, Saran Timsuwan, a Pheu Thai MP, who also sits on a House committee scrutinising the impact of the merger, said the panel concluded that the merger risks having a detrimental impact on consumers.

"The NBTC said it can control the price to ward off the impact on consumers, but there is still no clear indication on how it can do so," Mr Saran said. 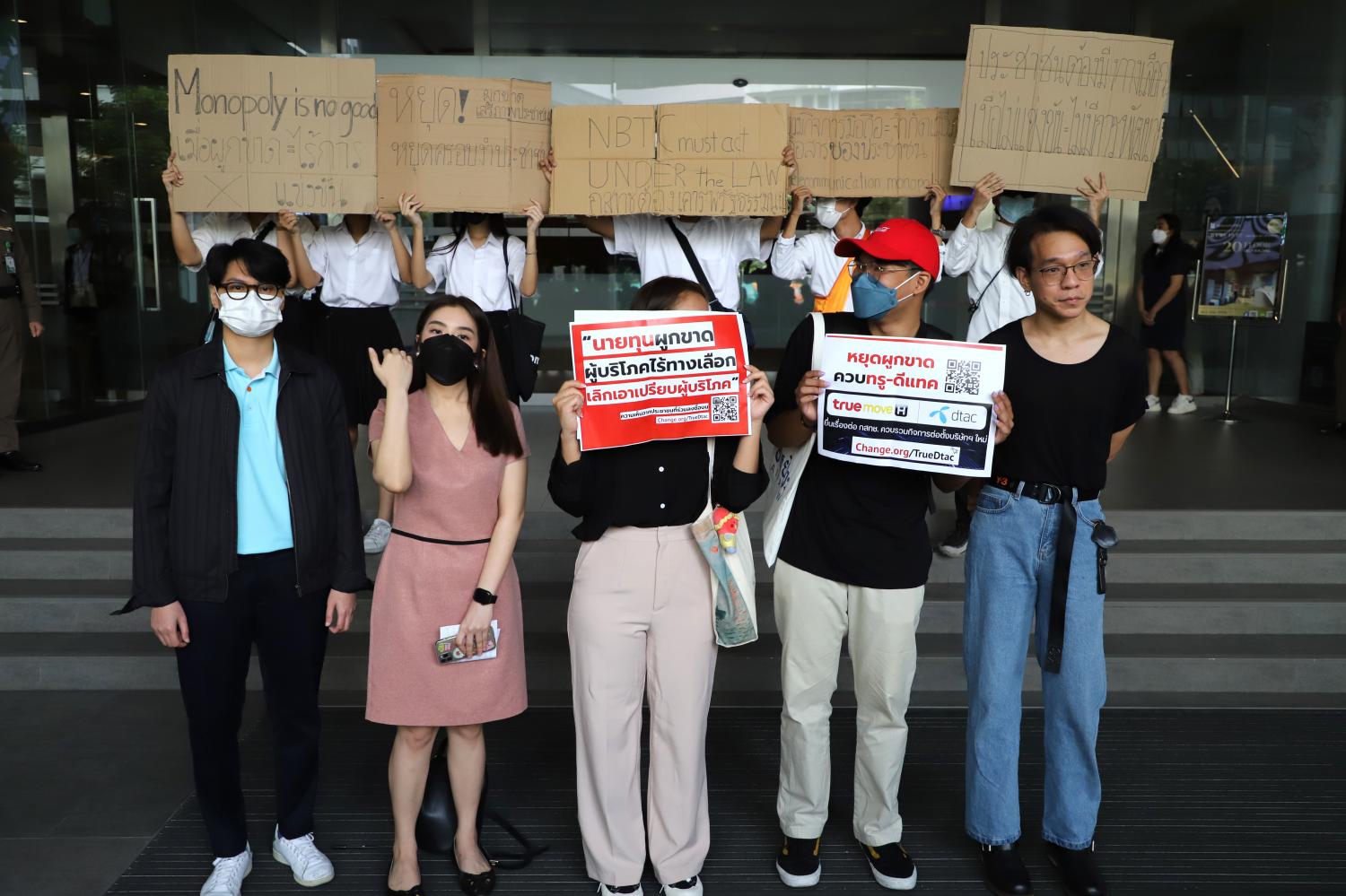 Consumer advocates voice concerns over the merger of True Corporation and DTAC Plc in front of the Norwegian Embassy. Wichan Charoenkiatpakul