The government will roll out a set of measures to ease the economic impact of the global fuel crisis caused by the Russia-Ukraine war, said Krisada Chinavicharana, permanent secretary of the Finance Ministry.

Speaking after Thursday's meeting of an ad hoc committee tasked with managing the economic crisis chaired by Prime Minister Prayut Chan-o-cha, Mr Krisada said they discussed crisis management measures to prepare for the fallout of the war and other potential geopolitical conflicts.

They also approved a set of "quick win" measures including a fertiliser management project, another scheme promoting the use of organic fertilisers, a credit guarantee measure for small-and-medium-sized entrepreneurs (SMEs), a measure to integrate farmers' databases, and a financial measure to restructure the economy. 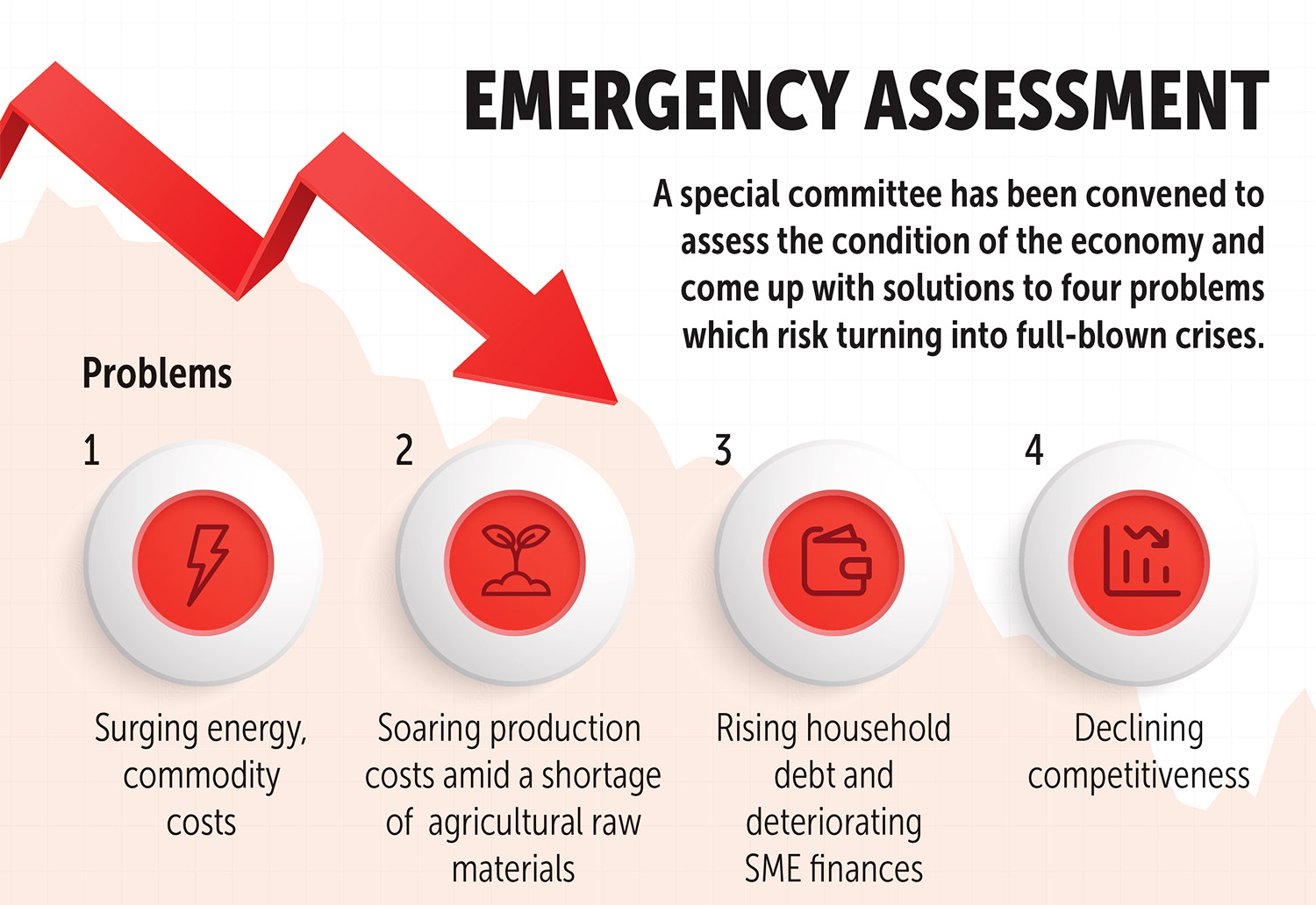 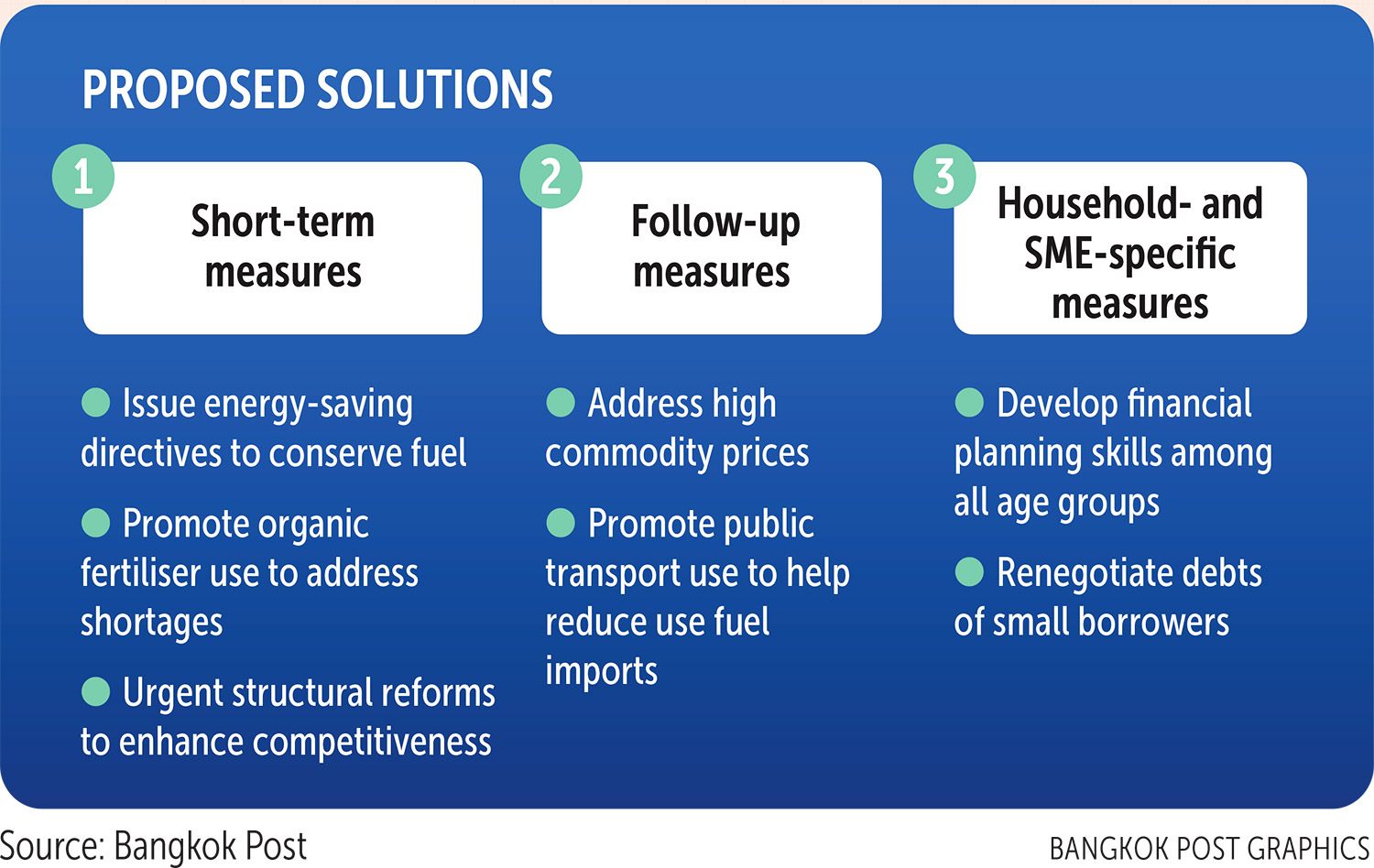 Follow-up moves will be launched to deal with the growing energy crisis and the rising prices of commodities while energy conservation measures will be devised to encourage the use of public transport and reduce travelling costs by placing an emphasis on rail transport.

Measures will also be rolled out to address the high production costs and shortages of agricultural raw materials, ease the financial crisis hurting households and businesses, and fix the structural problems of the country's economy and its declining competitiveness, Mr Krisada said.

Attendees at the meeting also predicted three potential global scenarios. The first involves the Russian-Ukraine war turning into a protracted conflict that will drag on with no end in sight.

Sanctions imposed on Russia by Western nations and Russia's counter-sanctions are expected to continue and intensify on a gradual basis, which will provide time for the global demand and supply for crude oil to adjust accordingly.

In light of this, Western nations will be able to reduce their oil imports from Russia, lessening the potential risk if Moscow chooses to export oil to other markets instead. As a result, the global oil supply would not decline, Mr Krisada said.

In this case, global oil prices are likely to keep dropping gradually this year as the oil supply will be better reallocated, he said. This should see the global economy expand before it slows down next year, he added.

Thailand's economy should expand accordingly, Mr Krisada said, adding this is in line with the Office of the National Economics and Social Development Council's prediction that GDP will grow by 2.5-3.5% this year.

In the second scenario, the Russia-Ukraine war and sanctions would escalate so much that the global supply and demand for crude oil and other major commodities can't keep pace.

As a result, prices would increase this year, forcing the US Federal Reserve and other major economies to ramp up interest rates at a higher rate than in the first scenario, before reducing them next year amid increasing signs of a recession, he said.

In that case, Thailand's growth would slow this and next year while inflation would stay high before declining next year, Mr Krisada added.

In the worst-case scenario, the polarisation between a US-led Western bloc and a rival bloc led by Russia and China would be more acute.

Conflicts would be more complicated, sparking bouts of recession alternating with bursts of growth depending on the intensity of the action between the two opposing blocs, Mr Krisada said.

As a result, energy, food and commodity prices would jump leading to shortages and potentially wreaking havoc on the Thai economy.