Casino legalisation is back on the government's agenda after years of debate, and opinion is once again divided over its merits and drawbacks, write Post reporters

A recent photo shows Kings Romans Casino by the Mekong River on the Thai-Lao border.

Whether you support it or not, betting and gambling dens have been commonplace in much of Thailand for a long time, despite authorities' attempts to stamp it out.

Casinos in the border town of Poipet, Cambodia, are often staffed by Thai nationals and are always full of Thai patrons.

The Thai government has been toying with the idea of making gambling legal in the country for the past two decades. The plan, however, has been thwarted time and time again by the arguments that gambling is not aligned with the principles of Buddhism, and that doing so will bring about more illicit behaviour.

While Thailand's neighbours -- Laos, Cambodia, Myanmar, Malaysia and Singapore -- have legalised gambling and developed casino complexes to accommodate tourists and boost their economies, Thailand has stuck with its Gambling Act (1935), which bans any forms of cash betting, except for the state lottery and horse races at state-licensed racecourses.

Proposals to legalise casinos were discussed in parliament in late June, in a bid to revitalise the pandemic-hit economy after the government successfully decriminalised cannabis that same month. The legalisation of casinos would seek to boost revenue, collect taxes from the complexes, and crack down on illegal venues, slot machines and online gambling.

According to the House committee studying the feasibility of opening such entertainment complexes, Thailand could accommodate five casinos -- one in each of its five regions.

In the North, the casino location could be Chiang Rai or Chiang Mai. In the central region, the targeted site is Pattaya.

In the South, Phuket, Phangnga or Krabi were seen as ideal spots. In the Northeast, the choices are Ubon Ratchathani, Udon Thani or Khon Kaen. The prime location is either Bangkok or one of its adjacent provinces.

The House committee said that the proposal, if endorsed, could help Thailand generate billions of dollars from foreign investors, travellers and Thai gamblers. The committee believes that this target market would otherwise spend their gaming money in neighbouring countries, while Thai legalisation would also help curb illegal gambling and other criminal activities. 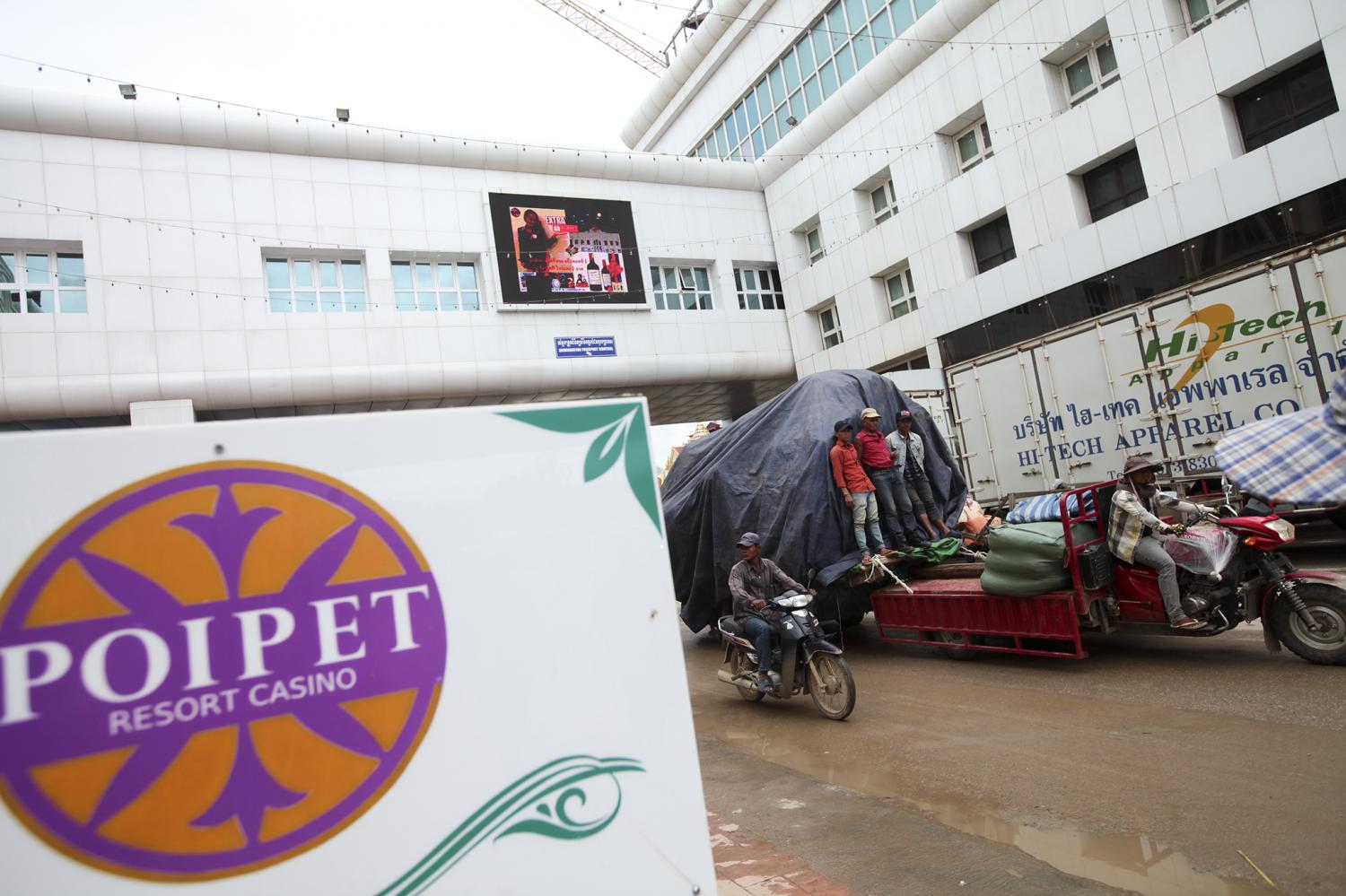 But Aat Pisanwanich, director of the Center for International Trade Studies at the University of the Thai Chamber of Commerce, sees casino liberalisation in Thailand as unlikely to be worth the investment, with the move considered to be too late.

"Thailand made relatively slow movement on this issue," said Mr Aat. "Cambodia, Laos, Myanmar, Malaysia and Singapore have for a long time invested in casinos, while Chinese investors have already made their presence felt in our neighbouring countries."

Mr Aat also questioned whether Thailand has commissioned a Swot (strengths, weaknesses, opportunities and threats) analysis on the issue, because as a newcomer Thailand is unlikely to reap the full benefits of casinos.

According to Mr Aat, the goal of promoting tourism and attracting tourist income is unlikely to be achieved, as tourists from Europe and the US normally visit Thailand for recreational purposes, not for gambling.

"Chinese capital has for a long time been spent in fully-fledged casinos in our neighbouring countries, be it in Laos, in the Golden Triangle, or Cambodia's Koh Kong and Sihanoukville. It comes with networks which are ready to attract Chinese to their casinos, while Marina Bay Sands and The Genting Group are the casino investors in Singapore and Malaysia, respectively," said Mr Aat.

"Who is going to invest in Thailand if we legalise casinos now? If Thai investors are willing to invest, the next question is whether Thai investors can compete with Chinese investors who are fully equipped with not only capital but also networking."

According to Mr Aat, Chinese tourists visit Thailand because they love Thainess, not gambling.

He said Thailand should focus instead on developing and strengthening tourism and tourism destinations to accommodate people who travel to play at casinos in neighbouring countries.

The Thai Chamber of Commerce declined to comment on the issue of casino legalisation. 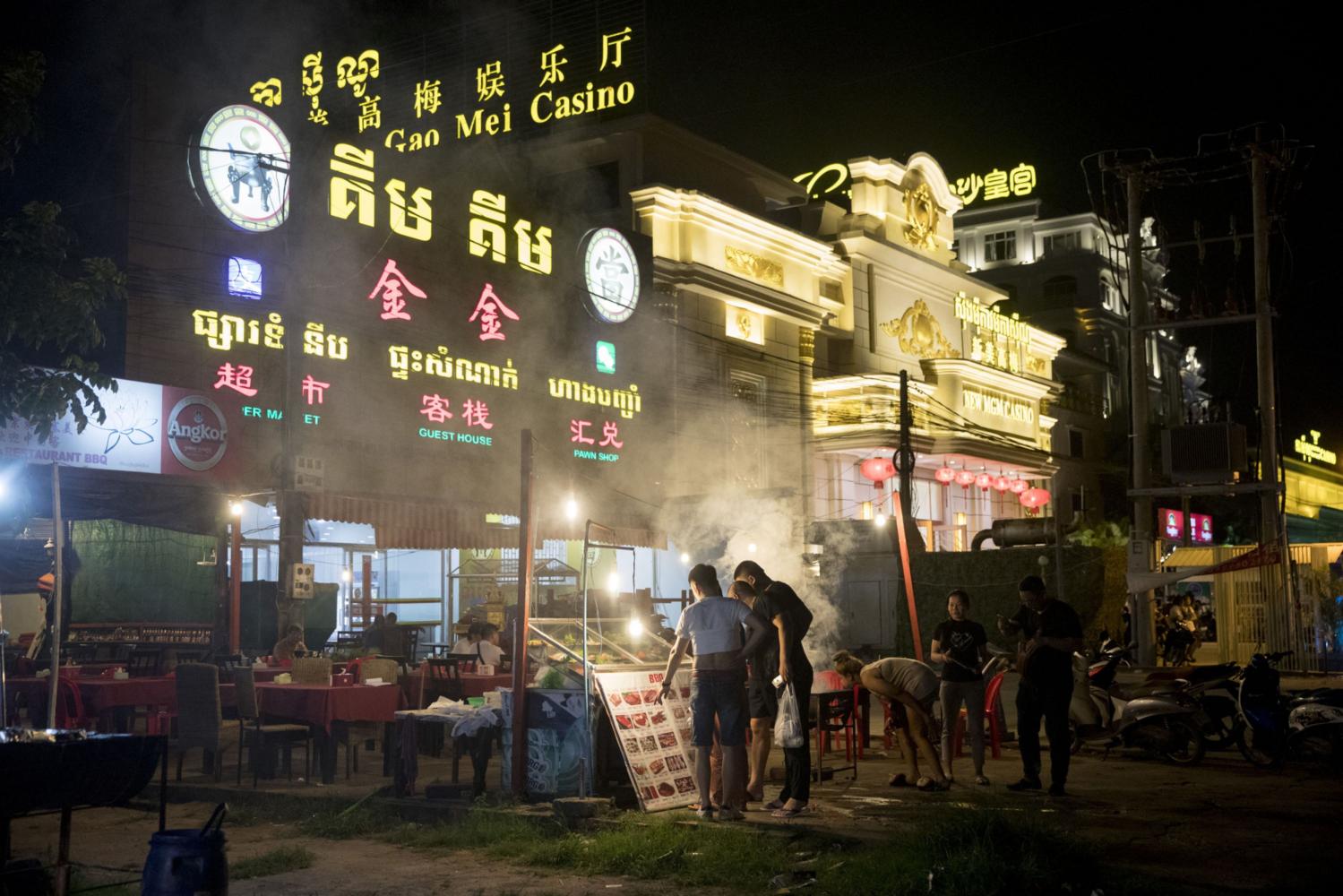 Tourists look at a menu at a restaurant near the New Mei Gao Mei (New MGM) casino in Sihanoukville, Cambodia. (Photo: Bloomberg)

Phisut Sae-Khu, president of the Thai Hotels Association's eastern chapter, said that if the government wanted to legalise casinos, it should carefully study the benefits and disadvantages of the policy and craft well-planned regulations and laws to avoid any negative impact from the outset.

He said that as Pattaya has been named as one of the potential destinations for legal casinos, tourism operators believed this kind of business could boost their revenue.

Yet even without casinos, Pattaya already has plenty of other tourism products to offer as it has been a global destination for many years. Pattaya tourism would not be affected if casino legalisation did not happen.

"We have no objection if the government says it is necessary to boost the economy, but before introducing this policy the local community should be assured that the businesses are under control and would not cause any social problems, as seen with cannabis legalisation," said Mr Phisut.

The Federation of Thai Industries (FTI) suggested that the government resolve the years-long controversy of casino legalisation by carrying out a test before making a decision.

While seeing the potential of casinos to draw more tourists and generate economic benefits, Kriengkrai Thiennukul, chairman of the FTI, said he is also aware of worries over possible negative impacts.

Opponents to legal casinos include former deputy prime minister MR Pridiyathorn Devakula, who said that letting casinos open could lead to social problems, including rising personal debt and a higher crime rate, according to media reports referring to his comments in 2015.

While Thailand debated the issue for years, neighbouring countries went ahead with legalisation and reaped the benefits from casinos.

"Even Malaysia, where most people are Muslim, allows casinos to operate," said Mr Kriengkrai.

"Religion and casinos are separately considered in other countries. Casinos are viewed as a business."

However, he said it will be a good start if the government initially opened a casino under a sandbox scheme in a tourist destination like Pattaya, Phuket, or Samui.

Instead of pushing ahead with big projects like entertainment complexes as part of casinos, a sandbox would let the government see what the impact would be.

He would support casino legalisation as a way of regulating gambling, reducing corruption, and creating a new source of tax revenue.

"This is a way to increase state revenue, but the government needs to enforce strict laws to prevent underage people from entering casinos," said Mr Kriengkrai.

He said if the appropriate laws were in place, casinos would help generate revenue to stimulate the Thai economy.

This would be better than seeing Thai people spend money at overseas casinos, said Mr Kriengkrai. 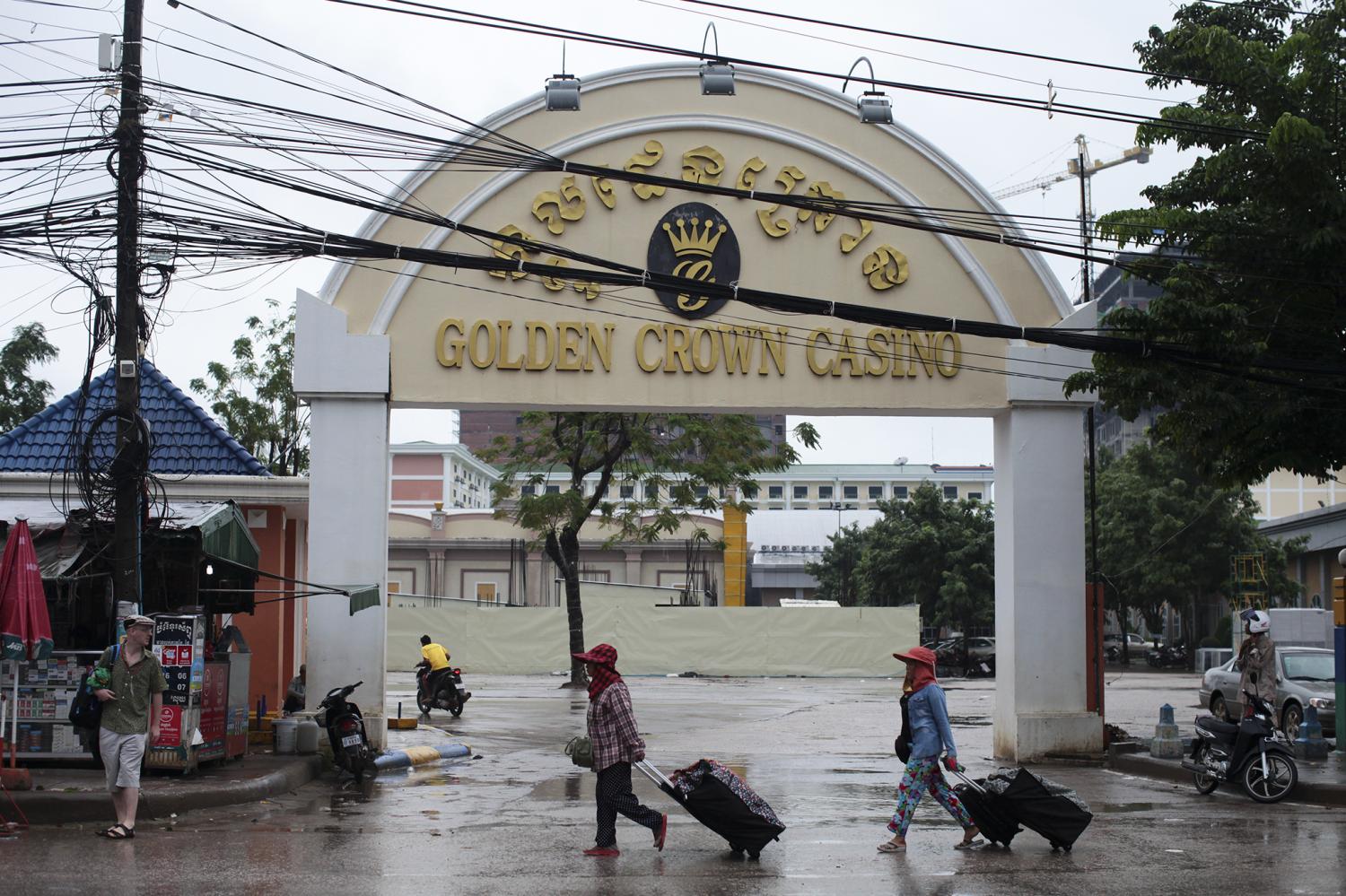 Sangsit Piriyarangsan, chairman of the Senate committee tasked with tackling poverty and inequality, said that if the government decides to legalise casinos, it must ensure that they are run on a transparent basis, and by professionals, in order to prevent the venues from being used for money laundering.

He believes that Thai society is now mature enough to accept the casino business, but it must come up with clear regulations to prevent social impacts.

Venues would also have to check the financial status of Thai customers before letting them in, to prevent those in an economically precarious state from gambling, he added.

He added that in many countries, legal casinos are part of holiday resorts merely to persuade foreign visitors to stay longer.