Baht falls below 37 to the dollar
Business

Baht falls below 37 to the dollar

The baht fell past 37 to the US dollar — its lowest since December 2006 — as several Asian currencies hit multi-year lows on Friday.

The baht was trading around 37.1 to the dollar in offshore markets on Friday afternoon. Locally, the weighted-average Interbank Exchange Rate was quoted at 37.011 at the close of business on Friday, according to the Bank of Thailand. 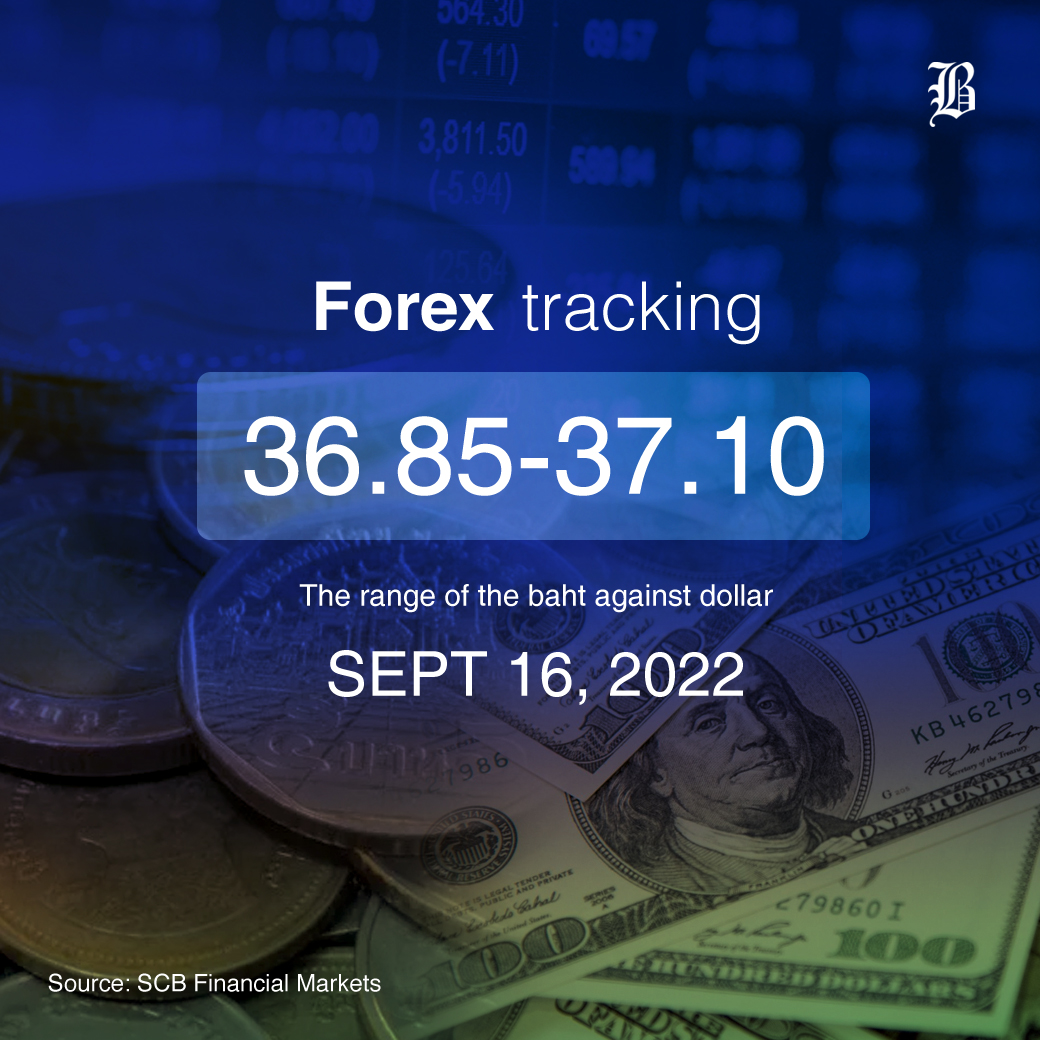 The Taiwanese dollar slipped to its lowest since September 2019 and the South Korean won reached a level last seen in early 2009.

The yuan had fallen below 7 per dollar only twice since the global financial crisis of 2008, and its crossing of the level could now stoke fears of capital outflows from China. But several state media outlets published commentaries that sought to stabilise market expectations by playing down any significance of the level.

“We are in a very strong dollar environment, which is very hard to go against, and so (the People’s Bank of China) won’t be looking to defend any particular level rigorously. … It’s really all about managing the pace of the moves,” said Khoon Goh, head of Asia research at ANZ.

The won, the worst performing emerging-market currency in Asia so far this year, fell 0.2% and was on course for a sixth straight weekly decline against the dollar.

Verbal warnings and likely dollar selling from the South Korean foreign exchange authority on Thursday appeared to have provided some temporary relief to the won. But analysts have warned that defending currency levels is very costly and, if unilateral, unlikely to be effective.

On Friday, a finance ministry official in Seoul said the government would meet with major exporters and importers early next week to prepare measures to stabilise the dollar-won currency market.

Markets in Malaysia were closed for a holiday. India’s rupee fell 0.2%, while the Indonesian rupiah hit a more than six-week low.

“So long as (the yuan) remains weak, you’re quite likely to see Asian underperformance in aggregate,” said Galvin Chia, an emerging markets strategist at NatWest Markets. He expects the weakness to be centred around currencies such as the won, Taiwan dollar and the Malaysian ringgit.

Stock markets in Asia were also weaker, with Indonesia on track for its worst session since early July after rising to a record on Thursday. Equities in Jakarta, Taipei, Seoul and Mumbai dropped between 0.7% and 1.7%. Shares in Shanghai fell more than 1.5% to a four-and-a-half-month low, even as data showed China’s economy had been surprisingly resilient in August.

Faster-than-expected growth in factory output and retail sales shored up the recovery from the effects of Covid. But China’s property sector contracted further, with home prices, investment and sales extending losses.

US two-year Treasury yields hit a fresh 15-year high overnight after data on retail sales and jobless claims showed a resilient economy that gives the Federal Reserve ample room to aggressively hike interest rates when it meets next Tuesday and Wednesday.