Phuket seeks to shift from tourism to new revenue areas

Businesses in Phuket want to pivot the province to gastronomy, international education, marinas, medical services, meetings and conventions, sports, smart city development and tuna exports to reduce dependency on the tourism sector after it was severely hit by the pandemic.

Thanusak Phungdet, president of the Phuket Chamber of Commerce, said these eight pillars were derived from discussions with local entrepreneurs during the Covid-19 outbreak to find solutions to boost the provincial economy, which slumped in 2020-21.

"We relied too heavily on the tourism industry," he said. "Phuket should have a new revenue structure. The eight pillars need no investment, but rather policies and legal amendments to promote them."

Mr Thanusak said food should be promoted as a magnet in addition to the sea, sand and sun.

Boon Yongsakul, chairman of Phuket-based developer Boat Development Co, said with 13 international schools covering British, American and French curricula, many parents relocated their children from Hong Kong and Singapore during the pandemic, thanks to a less crowded environment. 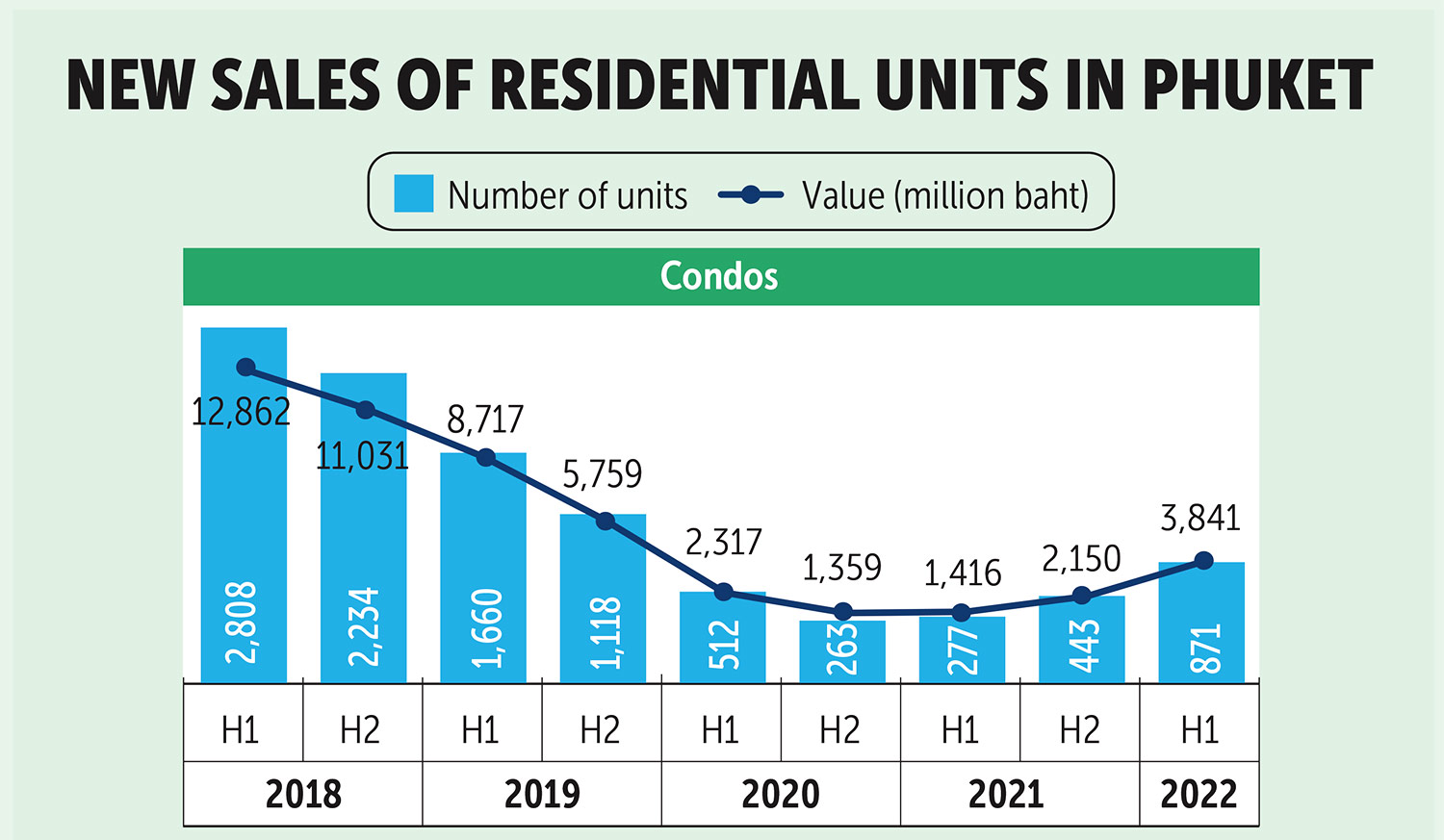 This year the combined number of students at the top five international schools rose significantly.

According to the Real Estate Information Center (REIC), new sales of low-rise houses priced 10 million baht and higher grew consecutively from three units worth 44 million baht in the second half of 2020, which was the lowest tally in several years.

"Now the focus has shifted to super-luxury villas priced US$3-10 million with 5-8 bedrooms and a usable area of 1,000-2,000 square metres. Key buyers were Russian, Chinese and Thai," said Mr Boon.

Another driver of this segment is the private jet terminal that opened last year, as it attracted high net worth individuals, he said.

Phuket has five marinas, which welcomed 2,000 boats in the pre-pandemic period.

The marinas are very popular as a stopover when sailing between the South China Sea and the Andaman Sea through the Malacca Strait.

Mr Thanusak said the island should be promoted as a smart city to attract more people to work remotely.

Phuket should also resume tuna exports by amending a law, as it was once one of the largest sources of tuna exports in Southeast Asia, with 200 tuna fishing boats, he said.

"Tourist arrivals are increasing this year, driven by the Indian and European markets with a recovery of 50%, though revenue remains below 2019 levels, which was the best year with 10 million foreign arrivals and 4 million Thai travellers," said Mr Thanusak.

Mr Boon said Saudi Arabia, Russia and Malaysia are also important source markets for Phuket tourism. The recovery of the tourism market will eventually boost the property market, he said.

According to the REIC, new sales of residential units in Phuket doubled to 1,236 units worth a combined 5.8 billion baht in the first half of 2022 from 552 units worth 2.58 billion year-on-year.