Despite the challenges, analysts think the Thai equity market will benefit from an improving economic outlook as the Covid threat recedes and tourism revives further. That should help support medium- to long-term fund inflows and reduce pressure on the baht. 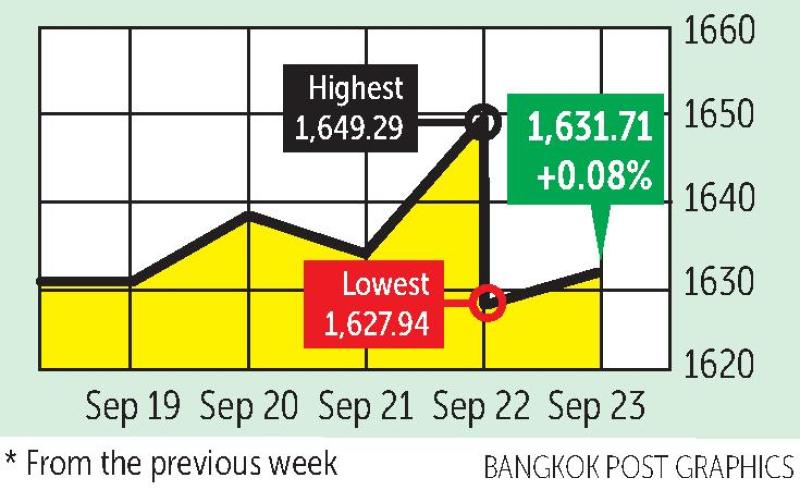 NEWSMAKERS: The US Federal Reserve has slashed its growth forecast for the world's largest economy to just 0.2% this year, from 1.7% forecast in June. It announced the revision after delivering its third consecutive 75-basis-point interest rate hike and warning it was far from finished. The key rate is now expected to reach 4.4% by year-end and 4.6% in 2023, the highest since 2007.

COMING UP: Investors this week will be assessing the results of Sunday's Italian election, expected to bring a hard-right, eurosceptic party to power. Economic data include the German business sentiment index on Monday, and US durable goods orders and new home sales on Tuesday.