Modest rate hike comes even as inflation at 14-year high

Bank of Thailand Governor Sethaput Suthiwartnarueput speaks during his first briefing on the economy and monetary policy after taking office on Oct 20, 2020. (Reuters photo)

BENGALURU: The Bank of Thailand will deliver another 25 basis-point rate hike on Wednesday, its second in a row, even as many of its peers opt for larger increases to fight high inflation, a Reuters poll showed on Monday.

Despite inflation in Thailand jumping to a 14-year high in August, the recovery in Southeast Asia's second-largest economy has lagged that of others as its vital tourism sector struggles to rebound, prompting the BoT to move slowly on rate hikes.

BoT Governor Sethaput Suthiwartnarueput said earlier this month the central bank's rate rises would be gradual and measured to ensure the economy's smooth recovery which he expects to return to pre-pandemic levels late this year or early next.

His rate view matched the majority outlook in the Sept 19-26 Reuters poll of economists.

Some 22 of the 25 economists surveyed, or nearly 90%, predicted the Monetary Policy Committee would raise its benchmark one-day repurchase rate by 25 basis points to 1.00% at its Wednesday meeting, back where it was before the Covid-19 pandemic.

"Policy tightening is slower than in other countries but consistent with the still weak domestic economic recovery, given Thailand's dependence on tourist arrivals," said Charnon Boonnuch, an economist at Nomura.

"Because of the sharp decline in energy prices and the recent drop in inflation expectations, we do not see the need for the BoT to be aggressive in raising its policy rate." 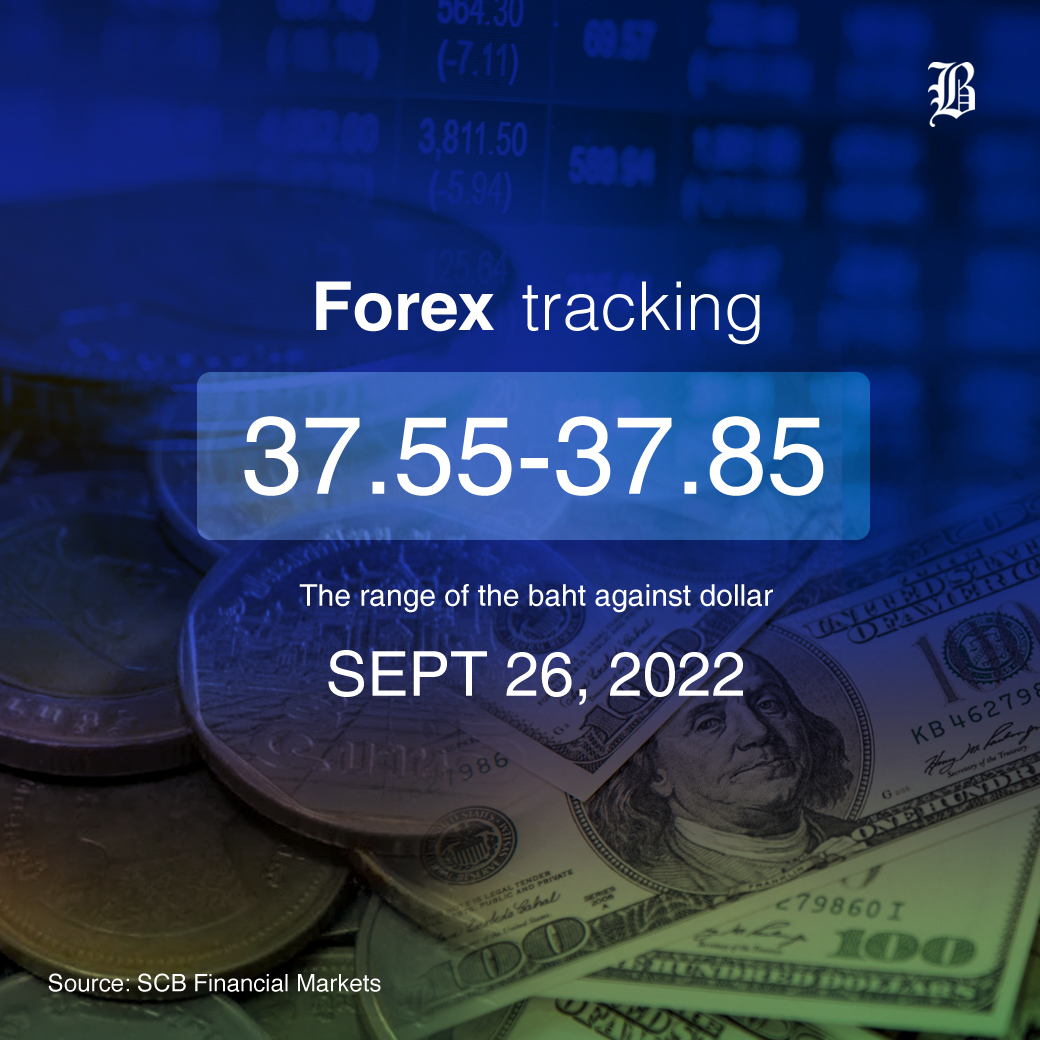 The US Federal Reserve, which delivered its third straight 75 basis-point hike last week, was expected to continue with aggressive rate hikes, sending the dollar index to a new two-decade high and putting more downward pressure on the baht.

Down nearly 11% this year, the baht hit its lowest level in nearly 16 years on Wednesday. A weaker currency keeps imports expensive and inflation elevated.

While exports and tourism benefit from a weak local currency, sticky inflation erodes real incomes and exacerbates inequality and poverty, a major issue for the government ahead of scheduled general elections due by May.

Despite those concerns, economists in the poll expected the BoT to continue on its hiking path well into next year with small increments of 25 bps, taking the rate to 2.00% by the end of 2023.

However, forecasts for end-2023 ranged from 1.00% to 2.50%, suggesting uncertainty around policy direction.

"A diminishing stock of ammunition to protect their currencies will put Asian central banks under pressure to undertake a deeper tightening cycle, but this could come at the cost of slower growth," said Krystal Tan, an economist at ANZ Bank.

"Notably, central banks in Indonesia and the Philippines hiked their policy rates by 50bp last week, and we expect their counterparts in Thailand...to follow suit," added Tan, who forecast a 50 basis-point hike at the September and November meetings.