People buy plant-based products at Bangkok's Chinatown in Yaowarat district on Sept 24, 2022, ahead of the annual vegetarian festival. This year, the nine-day festival runs from Sept 26 to Oct 4. (Photo: Apichart Jinakul)

The plan is part of bigger borrowing of 1.05 trillion baht for the fiscal year, of which 233 billion baht will be borrowed by state enterprises and other government agencies, the ministry said in a statement.

Thailand's public debt is expected at 60.43% of gross domestic product at the end of the fiscal year, still within an approved limited of 70% of GDP, it said.

The government projects a budget deficit of 695 billion baht for the fiscal year, it added.

The old debt will be used to stimulate the economy through infrastructure investment and to help mitigate impacts on the economy of global oil price volatility and unrest between Russian and Ukraine.

The government has introduced various measures to help ease the impact of high oil prices and living costs as inflation hit a 14-year high. 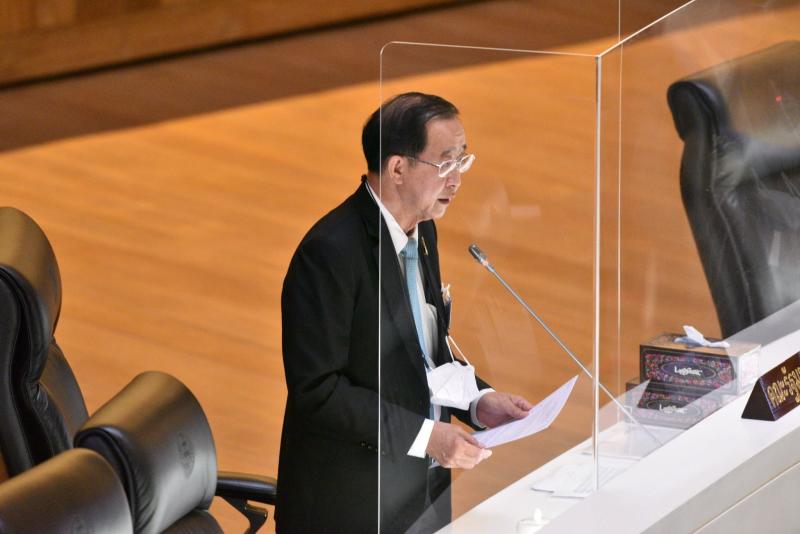 Finance Minister Arkhom Termpittayapaisith speaks during a meeting of the House of Representatives on June 30, 2022. (Photo: Parliament)

Last week, Finance Minister Arkhom Termpittayapaisith said he expected the economy to grow 3% to 3.5% this year.

The government projects a budget deficit of 695 billion baht for the fiscal year, the ministry said.

Thailand's public debt is expected to be at 60.43% of gross domestic product at the end of the fiscal year, still within an approved limit of 70% of GDP, it said.