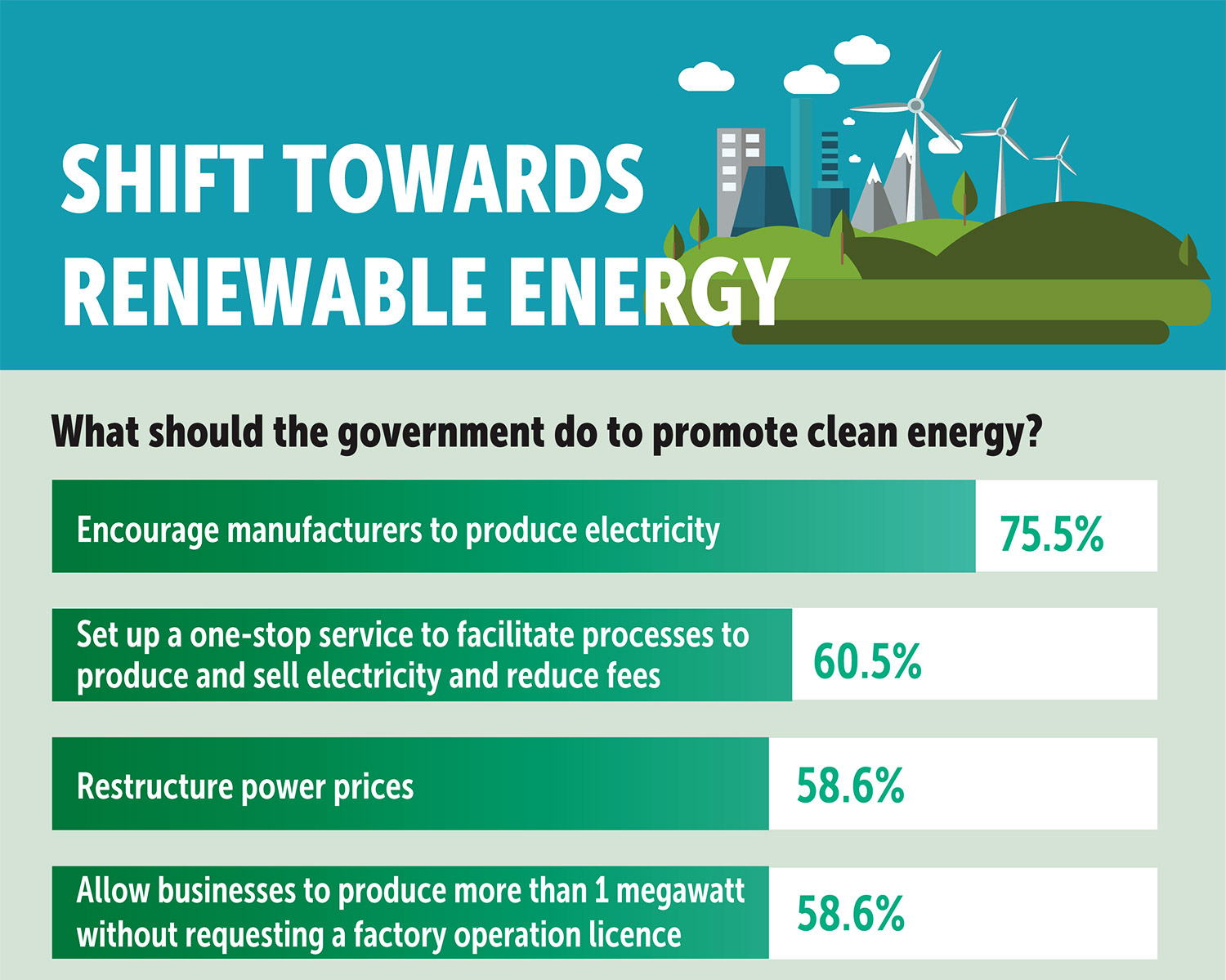 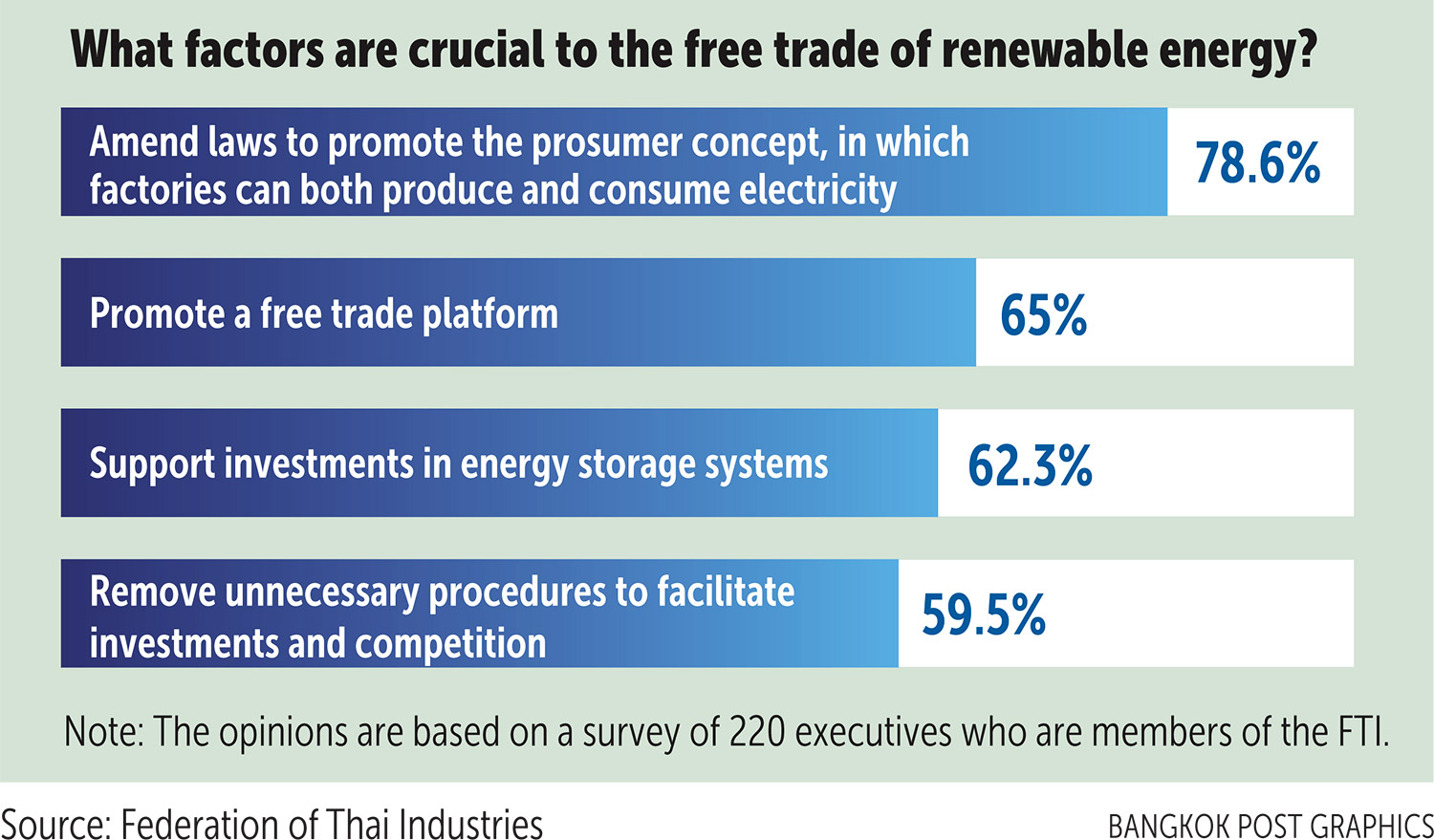 Their calls for renewable energy to be promoted are based on a recent survey of 220 executives from 45 industries under the FTI.

A focus on clean energy will help manufacturers better control their electricity costs, which are increasing, and reduce carbon dioxide emissions, said Montri Mahaplerkpong, vice-chairman of the FTI.

"Respondents want the government to implement new measures to facilitate entrepreneurs who want to produce electricity for use in their factories," he said.

According to the findings, up to 34.1% of interviewees said they wanted to adopt renewable energy immediately, while 23.6% said they would need a year to shift to clean energy.

Some 29.1% said they expected renewable energy usage to be formalised within three years, and the remaining 13.2% said they needed five years to adopt clean energy.