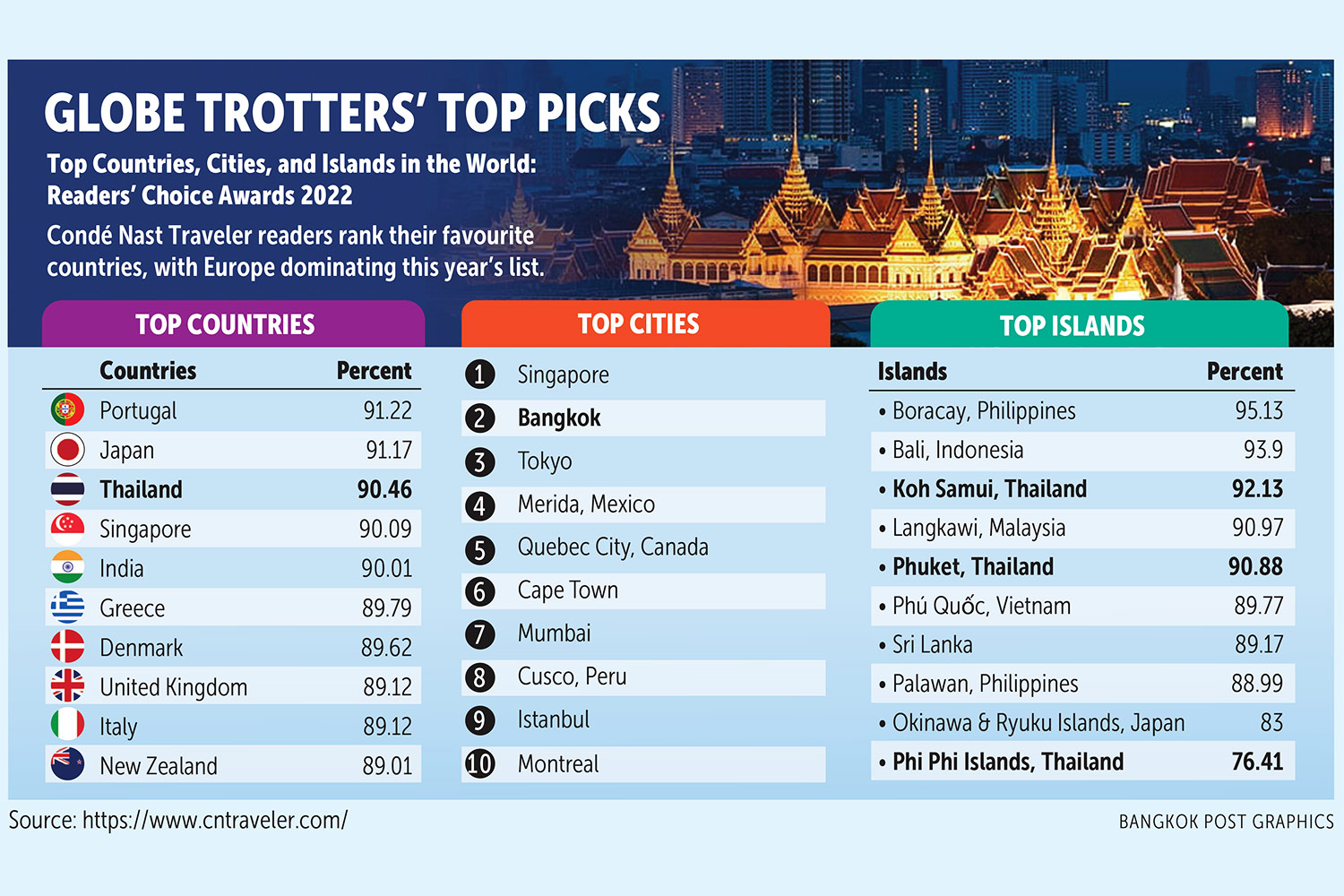 The US-based magazine conducted an online survey from April 1 through June 30 this year and found that the world's best countries people want to travel to were Portugal, followed by Japan and then Thailand.

For Best Big Cities in the World, Singapore emerged top of the list followed by Bangkok, Tokyo, Mérida in Mexico, Quebec City, Cape Town, Mumbai, Cusco in Peru, Istanbul and Montreal. Spokesman Anucha Burapachaisri said yesterday that the government was pleased with the results.

He said many attractions in Thailand, such as islands, hotels, and spas also won top spots in the Condé Nast Traveler's Readers' Choice Awards 2022.

The list of "Best Resorts in the World" saw Rosewood Phuket named 11th.

For the list of "Best Hotels in the World," two Thailand properties featured among a total of 50 hotels. They were The Athenee Hotel, Bangkok (20th) and Four Seasons Hotel Bangkok (48th).

Chiva-Som in Hua Hin was named number one on the list of "Best Destination Spas in the World", and Kamalaya Wellness Sanctuary & Holistic Spa on Koh Samui came fourth on the list.

Mr Anucha expressed gratitude to every related agency for endorsing Thailand on the lists.

Separatists in Indonesia's breakaway eastern region of Papua have taken a New Zealand pilot hostage after attacking a small passenger plane and setting it on fire at an airport in a remote mountainous area, officials and a rebel group said.