Export prospects look promising for Thai plant-based food, with expected growth of more than 20% this year driven by rising numbers of health-conscious consumers, innovations, and an increasing global population, according to the Thai Food Processors Association. 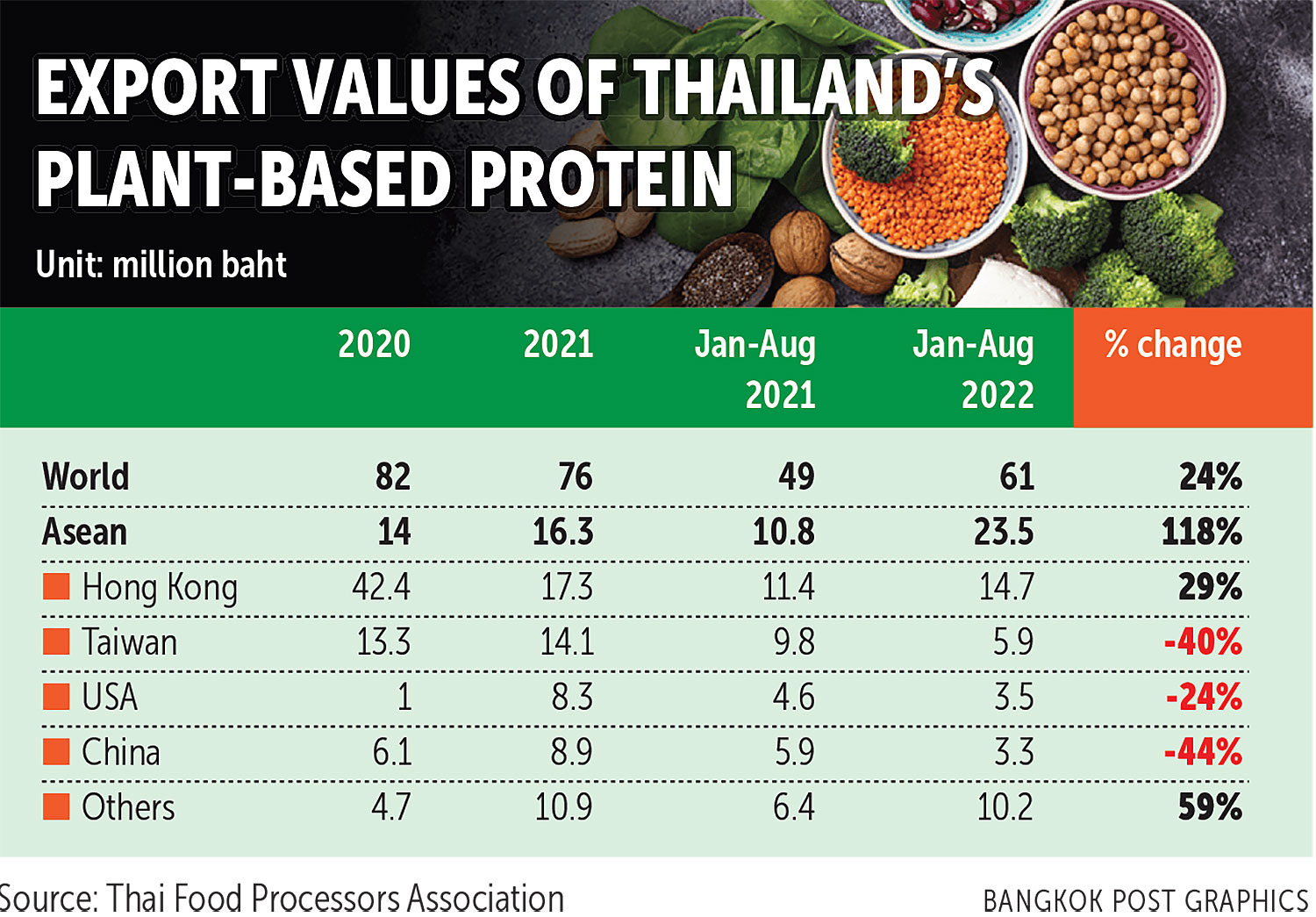 Visit Limlurcha, honorary president of the association, said while the export values of the country's plant-based food remain relatively low, there is a huge opportunity for such trade in the future.

Mr Visit, also president of the newly established Thai Future Food Trade Association, said Bloomberg Intelligence forecast plant-based food to make up 7.7% of the global protein market by 2030, with a value of more than US$162 billion, up from $29.4 billion in 2020.

The Bloomberg report expects population growth to strain resources, contributing to plant-based food growth. The Asia-Pacific region is particularly vulnerable to limited food supply, with an expected population of 4.6 billion by 2030.

The majority share of that market in Asia-Pacific will be comprised of alternative dairy products, with 57% by 2030.

In comparison, Europe and North America will enjoy roughly $40 billion in sales, with Africa, the Middle East and Latin America all seeing $8-9 billion each, said Bloomberg.

The major drivers of plant-based meat growth include increased awareness of health and sustainability benefits, as well as falling product prices. Plant-based meat sales could reach $118 billion by 2030 in a more aggressive scenario, according to Bloomberg.

Mr Visit said the development of plant-based food will strengthen the overall food industry and diversify risks to cope with geopolitical and climate change impacts.

According to the Commerce Ministry, Thailand's plant-based food exports were valued at 76 million baht in 2021. The tally for the first eight months of 2022 is 61 million baht, up 24% year-on-year.