Sisdivachr Cheewarattanaporn, president of the Association of Thai Travel Agents, said a video of a large crowd of passengers at Suvarnabhumi airport circulated widely on social media Sunday, causing alarm for authorities, who were pressed to quickly solve this problem.

He said tourist numbers might not be the cause of congestion as the flow of arrivals on Thursday remains a far cry from before the pandemic.

On Oct 30, there were 26,306 inbound tourists at Suvarnabhumi airport.

Mr Sisdivachr attributes the incident to improper management, as immigration counters were not fully opened and the number of staff was insufficient.

"The number of inbound tourists is still not that high," he said.

"We need to be better prepared as more flights are scheduled to return in the high season, particularly when Thailand hosts big events like the Asia-Pacific Economic Cooperation [Apec] summit this month."

Mr Sisdivachr said if the airport authority and the Immigration Bureau can fix this problem soon and prepare for the Apec meeting in two weeks, there is nothing to worry about. 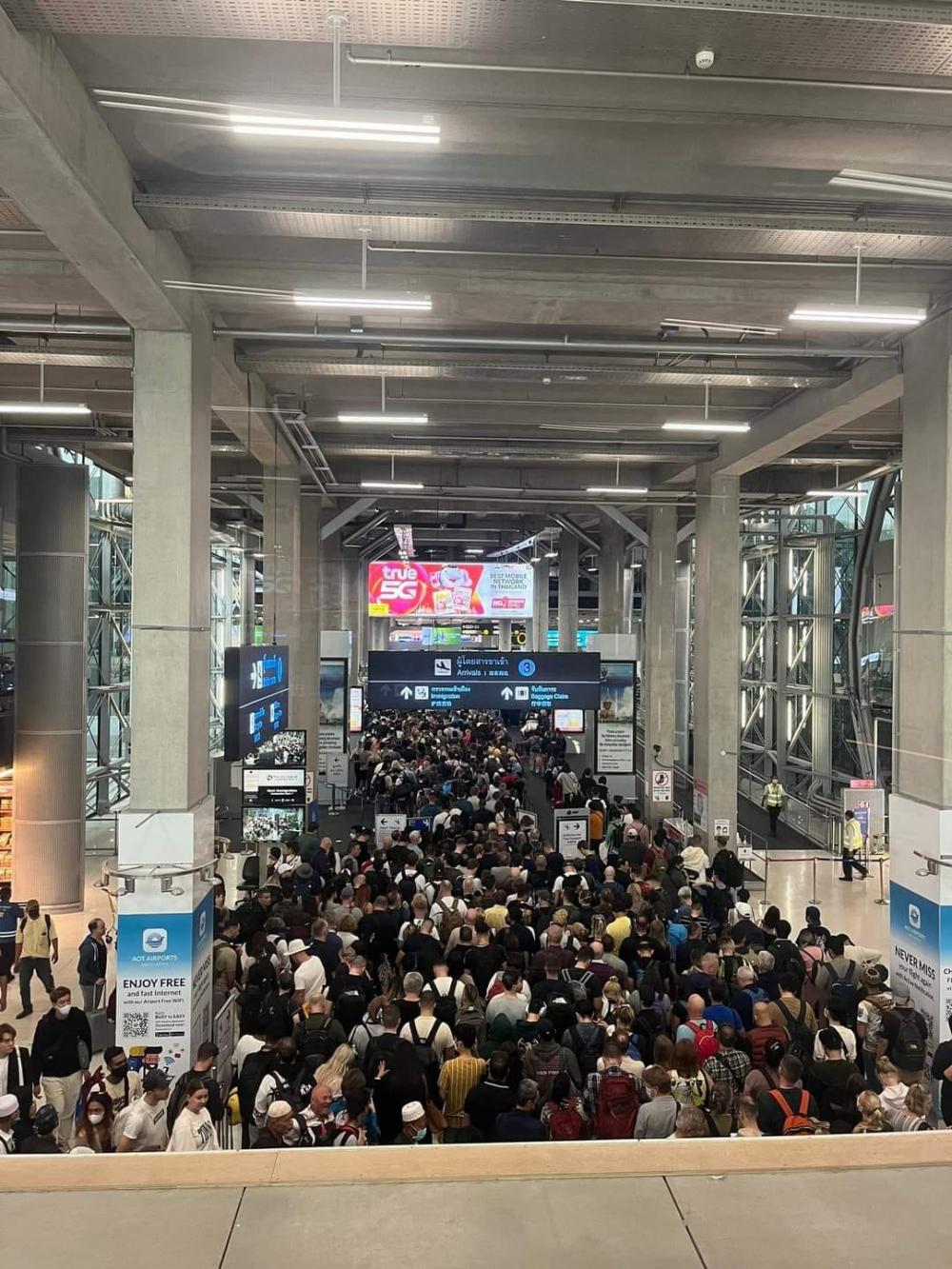 "Not only VIP guests require care, but also normal tourists. We need to provide good service equally," he said.

Chamnan Srisawat, president of the Tourism Council of Thailand, said this incident shows the economy and tourism are reviving after the pandemic.

"I hope the government will hire more workers for the immigration counters, either on a short-term or long-term basis, to allow arrivals to proceed through the airport without long delays," said Mr Chamnan.

He said the volume of arrivals is predictable based on flight schedules.

Other airport issues to consider include managing tourist lines, the number of restrooms and staffing immigration counters, he said.

"We need to impress tourists, starting from the airport, as tourism is the main driver of our economy," said Mr Chamnan. 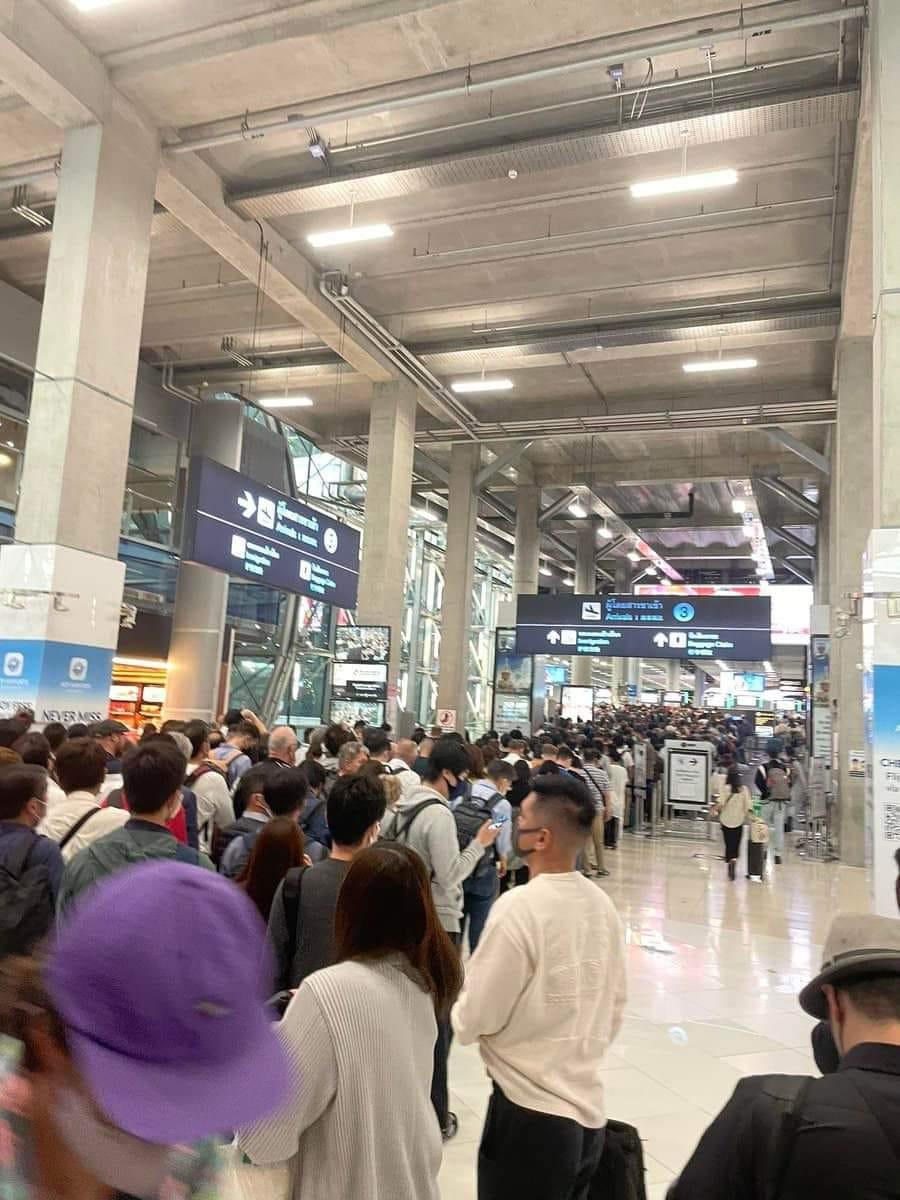 A crowd of travellers queue for immigration counters upon arrival at Suvarnabhumi airport on Oct 30, 2022. (Photos by Sa-ang Boonsrinaya)

As of Oct 31, international tourists tallied 7.6 million, the majority of which entered via Suvarnabhumi airport, totalling roughly 4 million.

In the past month, the number of arrivals via every international port peaked at 69,784 on Oct 22.

The trend has been rising since the full reopening in July.

A spokesperson for the Immigration Bureau earlier confirmed to the media the photos of congestion occurred from 1-5pm when there were an average of 20 flights and 3,000-4,000 passengers per hour.