On this year's World AIDS Day, a team of leading Thai researchers team will launch a Bye Bye HIV Campaign to increase awareness on the success of their innovative immunotherapy in helping rehabilitate HIV-infected on the Thai among those infected in Thailand so they will be able to successfully overcome their HIV problems and have a normal quality of life without having to rely on antiretroviral drugs that have side effects.

According to Prof. Dr. Pichaet  Wiriyachitra Head of Operation BIM Research Team and Chief Executive Officer,  Asian Phytoceuticals  Public Company Limited.  (APCO),  under the  Bye Bye HIV Campaign,  they will also work with the "Por" Foundation to help all infected individuals who wish to say Bye Bye to HIV, including those from Baan Gerda project of the Children's Rights Foundation, and Baan Home Hug project of Suthasinee Noiin Foundation for Children and Youth, to achieve results in a short time. 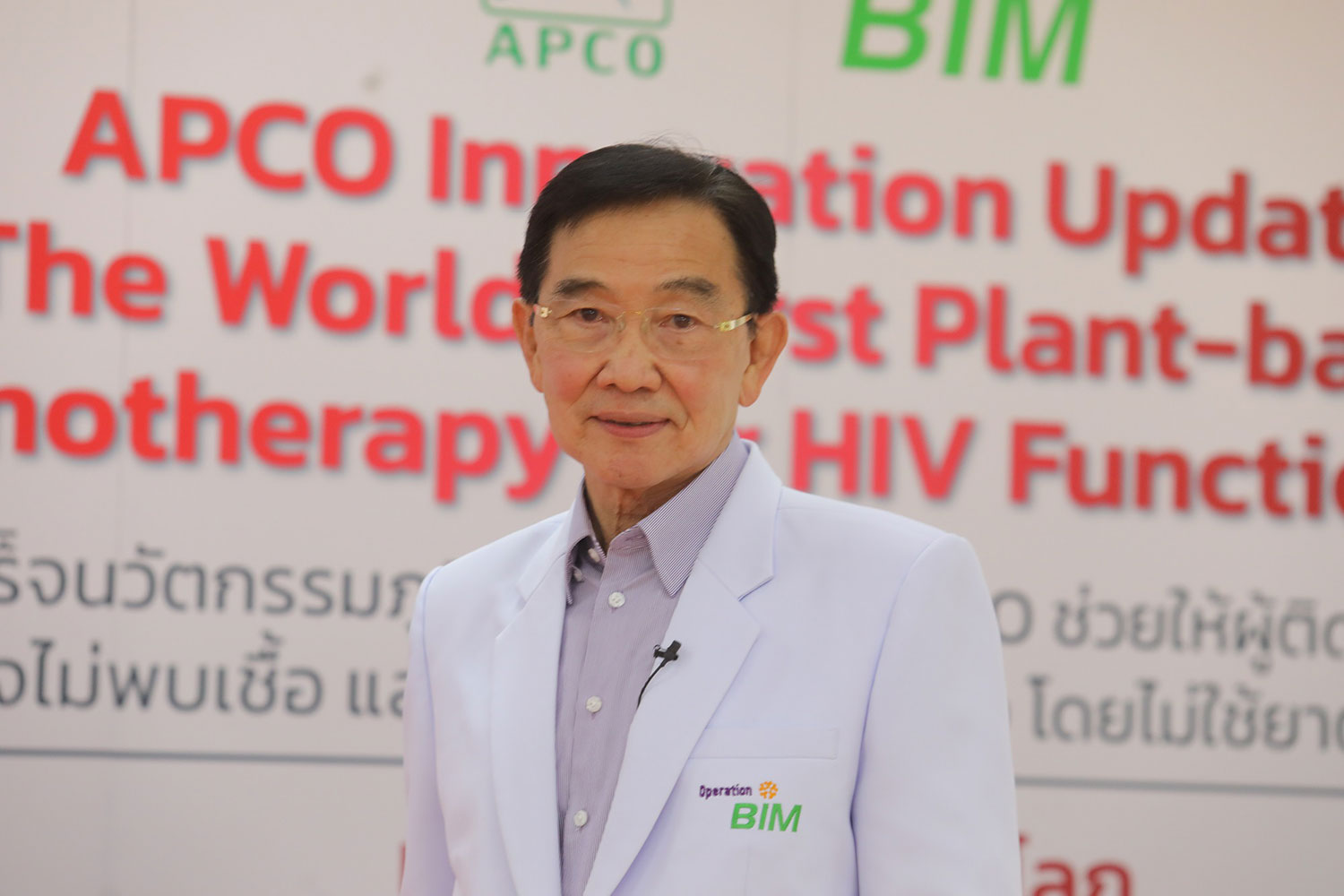 The Thai researchers team led by Prof. Dr. Pichaet  Wiriyachitra has continued to promote widely among those infected with HIV, leading to increasing cases of successful rehabilitation for HIV-infected individuals coming from various sectors and levels of Thai society.  Those who recovered called in during live programs to give interviews about their experiences and to provide encouragement to other infected individuals and more recently, physicians taking care of HIV-infected individuals have started to send them to meet with the research team for counseling with many cases achieving results in a short time.  The Thai research team has now been able to establish a standard procedure for individuals infected with HIV to use this innovation to achieve the state of undetected HIV.

Last year on   the  World AIDS Day,  the Thai scientists research team held a conference to announce the success of their innovative immunotherapy in helping rehabilitate HIV-infected individuals to be undetected with HIV without the use of any antiretroviral drugs for the first time in the world.  The conference was attended by Thai government officials including the Deputy Permanent Secretary of the Ministry of Public Health assigned by the Prime Minister, as well as senior administrative personnel, and technical and health specialist officers assigned by the Director-General of the Department of Medical Services.  These witnessing dignitaries attended the conference together with many representatives from the media. 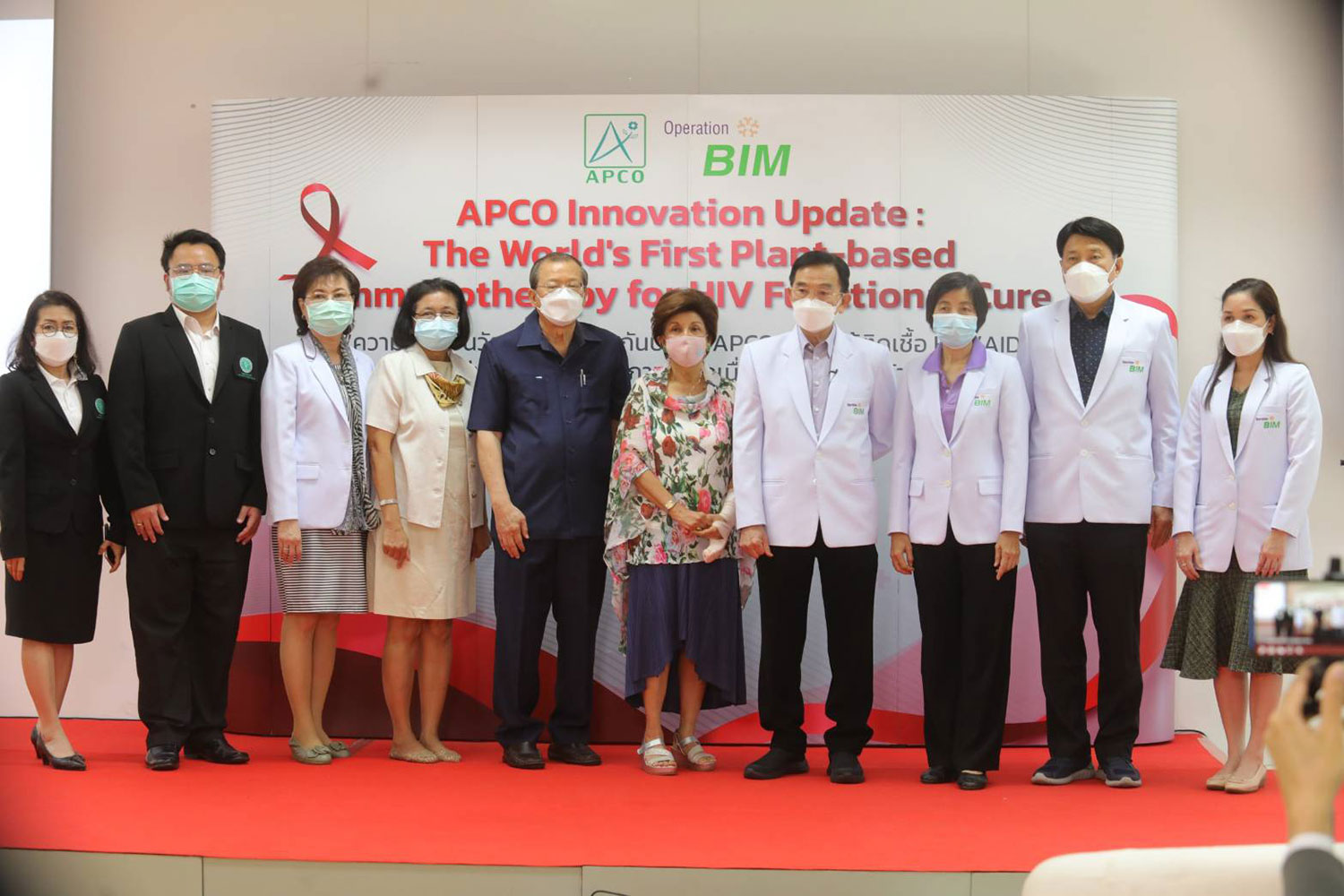 Prof. Dr. Pichaet Wiriyachitra and  the Thai researchers team,  had devoted over 16 years of serious research on innovative immunotherapy using edible plants to stimulate Th1 and Th17 white blood cells and, in collaboration with Chiang Mai University Research Center, the team successfully developed innovative formulas for immunotherapy from extracts of mangosteen, Centella asiatica, guava, soybean and black sesame, which were used effectively in the rehabilitation and health care of cancer patients.  The research team then developed the formulation further for eliminating HIV to the point of undetectable.

According to Prof. Dr. Pichaet, "the discovery of the power of killer T cells that are able to eliminate only infected cells without harming good cells, and also able to replicate themselves, as well as having strong memory capacity, being able to deal with the same pathogen that re-enters the body at any time, brought energy and excitement to our team of researchers and scientists”.  This discovery led them to become fully committed to devote budget, time, and personnel to relentlessly pursue their research in this area. 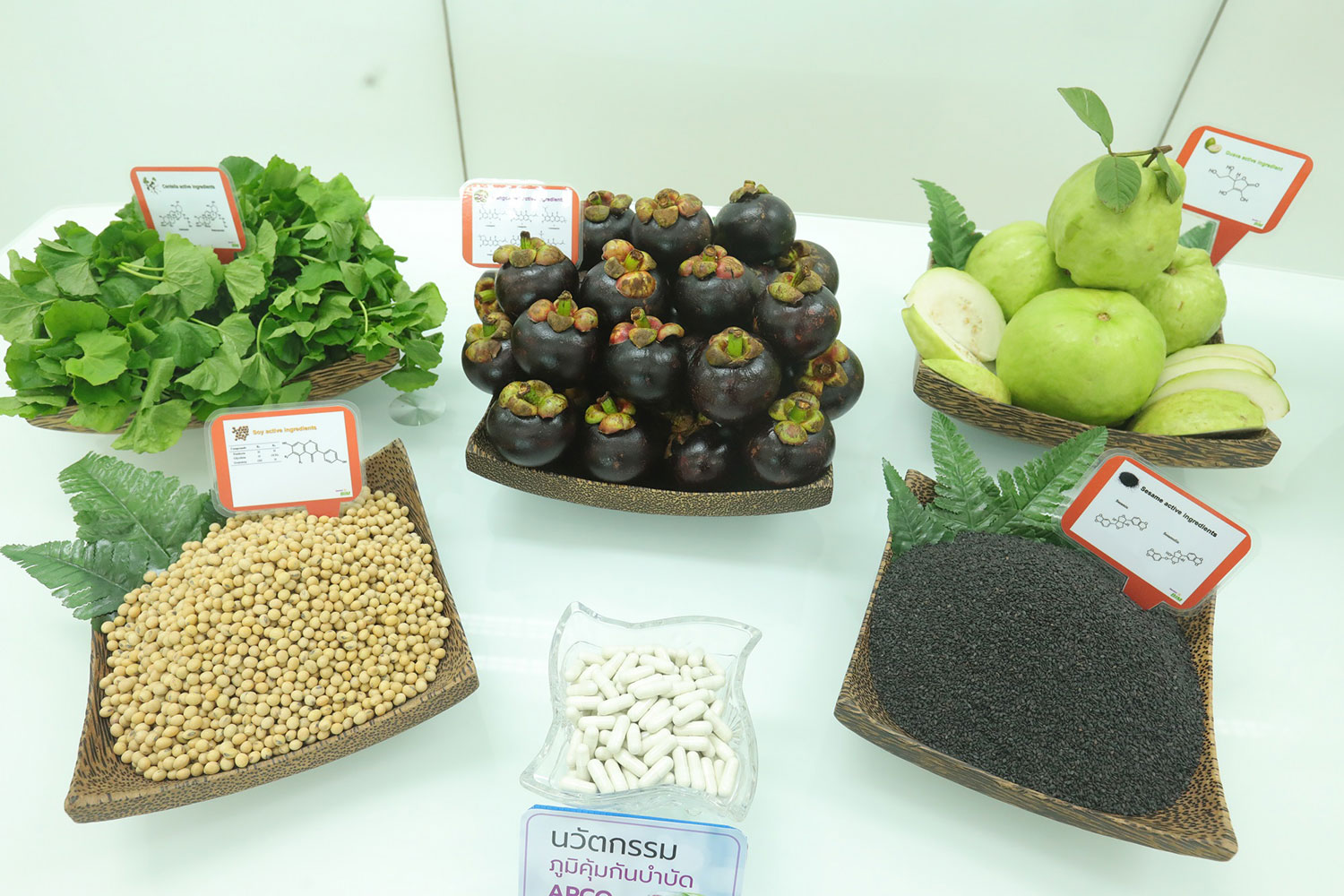 More information on APCO's Innovative Immunotherapy and  can be found at : http://byebyehiv.com  or by following on FB Page: byebyehiv or contact Line : @byebyehiv  or APCO Hotline 1154.