A brand Thais are proud to wear
Business

A brand Thais are proud to wear

If Thais were asked whether they are prouder to wear local or international brands, the answer not so long ago would definitely be imported fashion brands.

Given the incessant product development over a half-century by Jaspal Co, a home-grown ready-to-wear empire that offers a range of fashionable, reasonably-priced clothes nationwide, the mindset of many Thais has changed.

The company feels more Thais feel proud to wear Thai brands thanks to higher quality and sophisticated design, catering to a classic and timeless taste.

Jaspal was founded in 1947 by Jaspal Singh, an Indian immigrant who came to Thailand with nothing.

The patriarch of the Singhsachathet family started out importing high-quality linen and bedding products in Phahurat, Bangkok, in 1947 before opening the first Jaspal boutique at Siam Center in 1972.

Back then, the brand faced little competition from other local fashion retailers, such as Greyhound, Soda, Domon or Theatre. 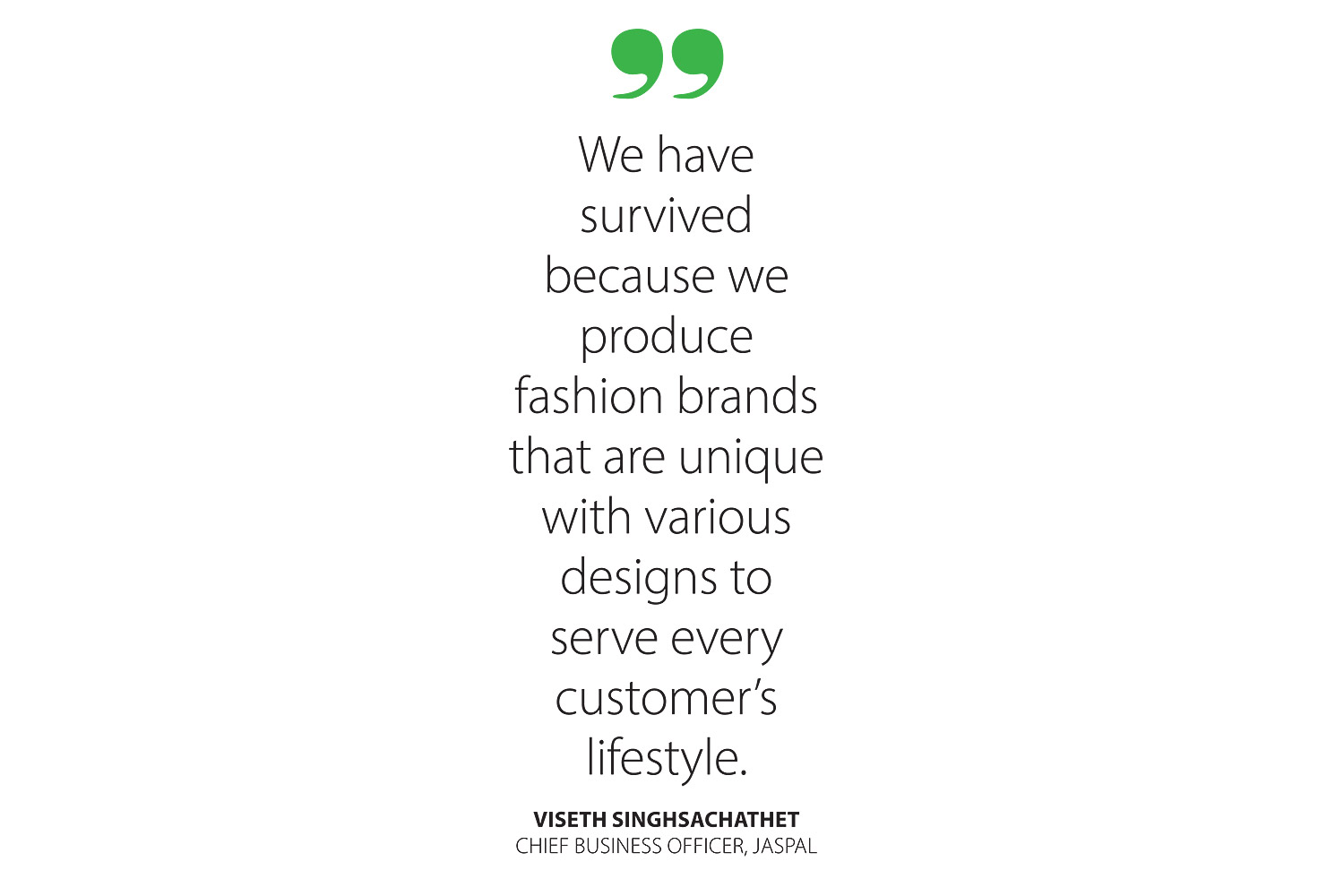 In 2008, Jaspal embarked on a campaign to expand its presence to other countries in Asia to create growth for both in-house and international imported brands, keen to tap new markets with high purchasing power.

The brand has worked with supermodels such as Cindy Crawford, Claudia Schiffer, Kate Moss and Gisele Bündchen, as well as actress Milla Jovovich and TV presenter Alexa Chung as celebrity endorsers. 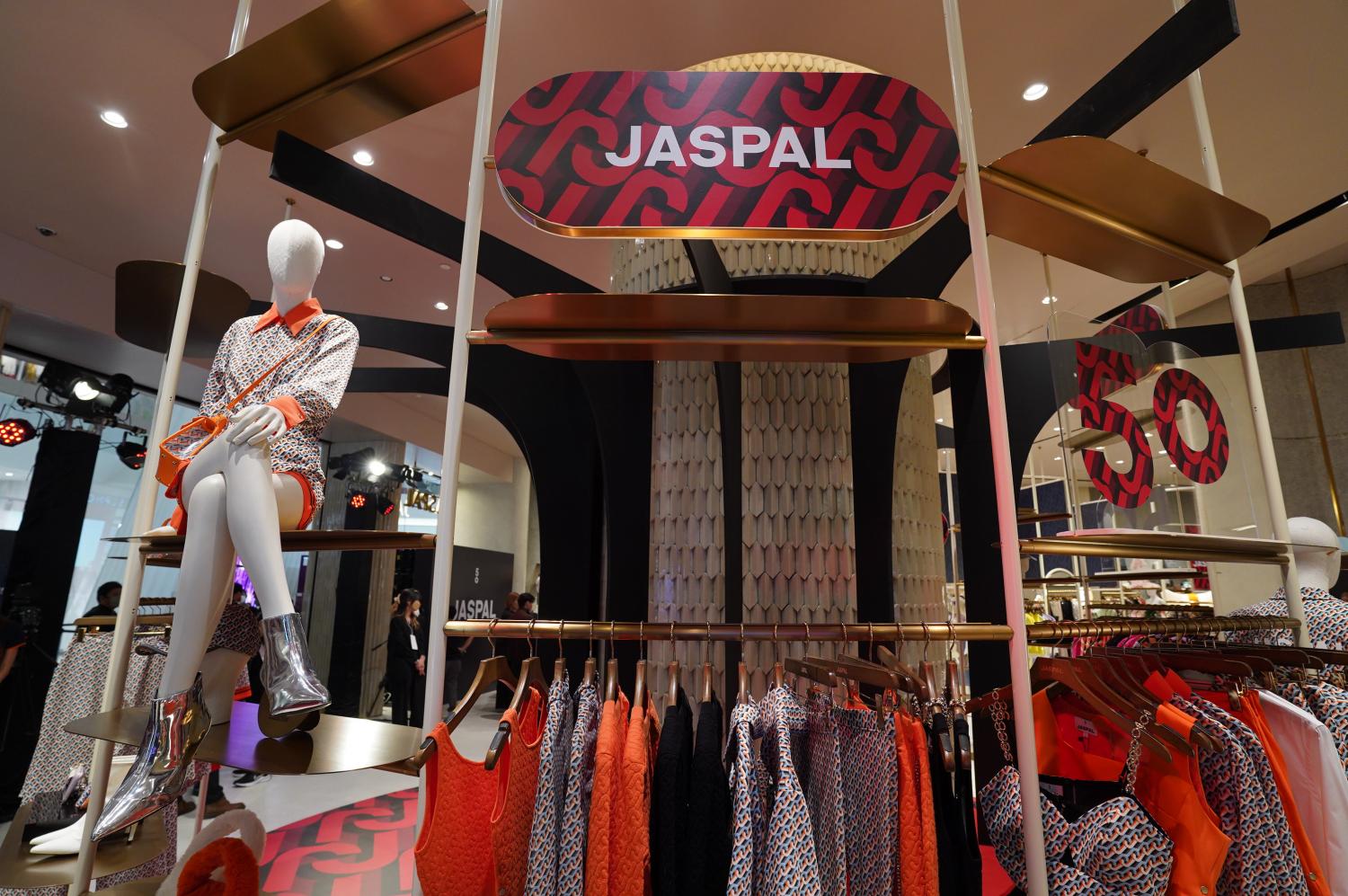 Jaspal celebrated its 50th anniversary last week and launched a special collection in a monogram pattern overlaying the letter J in three dimensions.

Jaspal also participated in campaigns with characters well-known internationally such as Smiley, Disney characters, and Garfield.

"We set a vision to become a leader in the Thai and Asian retail fashion industry since our incorporation in 1987," said Mr Yosathep.

Jaspal operates more than 400 fashion stores in Thailand and 67 stores in other countries.

"We have survived because we produce fashion brands that are unique with various designs to serve every customer's lifestyle. We've never stopped moving in the market despite a spate of crises," said Viseth Singhsachathet, another chief business officer of Jaspal, who is also third generation.

"That is why Jaspal is internationally recognised."

Mr Viseth said during the pandemic, the company ramped up its omni-channel presence, providing chat and shop services and delivery, even sending new collections to potential customers to test at home.

Last week to celebrate its 50th anniversary, Jaspal launched a special collection with a monogram pattern overlaying the letter J in three dimensions.

The collection offers a variety of designs catering to all lifestyles of women and men, including streetwear, smart casual and business.

This season's limited item is a black-and-white t-shirt with glitter, the Jaspal logo and the No.50.

Mr Viseth said the company has plans to expand, setting a budget of more than 500 million baht for marketing and adding 30 new branches, both inside and outside of malls.

The investment includes the opening of a standalone C.P.S. Coffee shop on Sukhumvit Soi 53 and the remarketing next year of Jaspal Home, which sells bed linens and imported home decorative items. 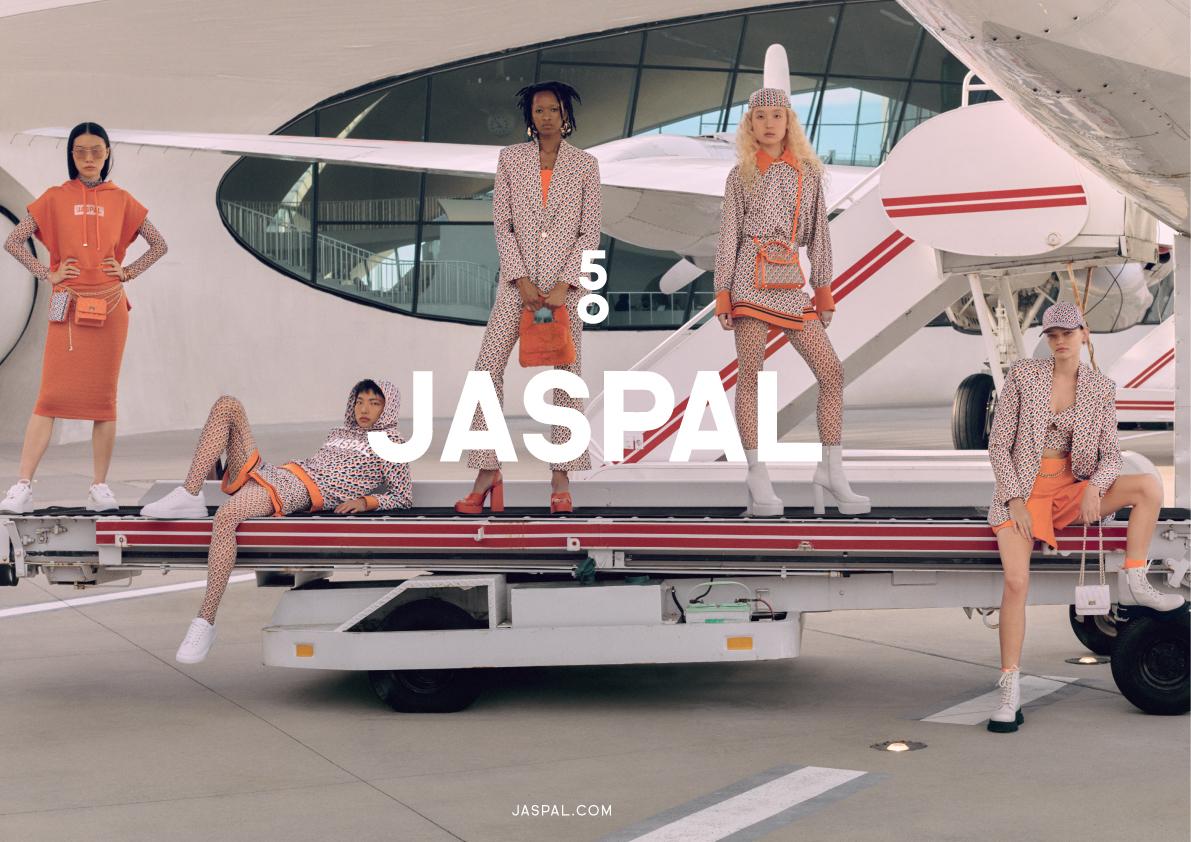 Jaspal has 67 branches outside Thailand, comprising 31 stores in Vietnam, 24 in Cambodia and 12 in Malaysia.

"We still focus on these three markets because of the huge opportunity," said Mr Yosathep.

He said the fashion market in Vietnam this year is estimated at US$5.91 billion, slightly lower than in Thailand, but demand is forecast to grow by 5.54%. This growth rate is higher than the projection for Thailand of 4.96% per year, said Mr Yosathep. The Vietnamese women's apparel market accounts for $2.95 billion, with 97% of the total apparel market comprised of non–luxury brands.

Thai brands are now more easily exported to these countries thanks to Asean free trade agreements, he said.

According to Mr Viseth, based on successful brand collaborations in the past, the company plans to team up with potential partners to develop a new collection to reach new customer groups.

The company also wants to explore new market opportunities such as kid's apparel to reach families, he said. Mergers or acquisitions of fashion and lifestyle brands in Europe and Asia are also in the pipeline to enhance Jaspal's business presence worldwide, said Mr Viseth.