CHON BURI: The Pattaya International Fireworks Festival 2022 has attracted a large number of tourists and is expected to generate over 1 billion baht in revenue to the beach city.

The two-day festival began on Friday night in Pattaya Klang, with many Thai and foreign tourists coming to enjoy the spectacle.

The event is held once a year to promote tourism and stimulate the economy in Pattaya, said Chon Buri governor Thawatchai Srithong, who presided over the opening of the festival.

The event is expected to bring in more than 1 billion baht, he said.

The Pattaya City municipality has closed Pattaya Beach Road from 4pm to midnight on Friday and Saturday to facilitate travellers. More than 600 street food stalls have been set up at the venue, said the mayor.

The fireworks displays began at 7.30pm and the event lasted on Saturday night. 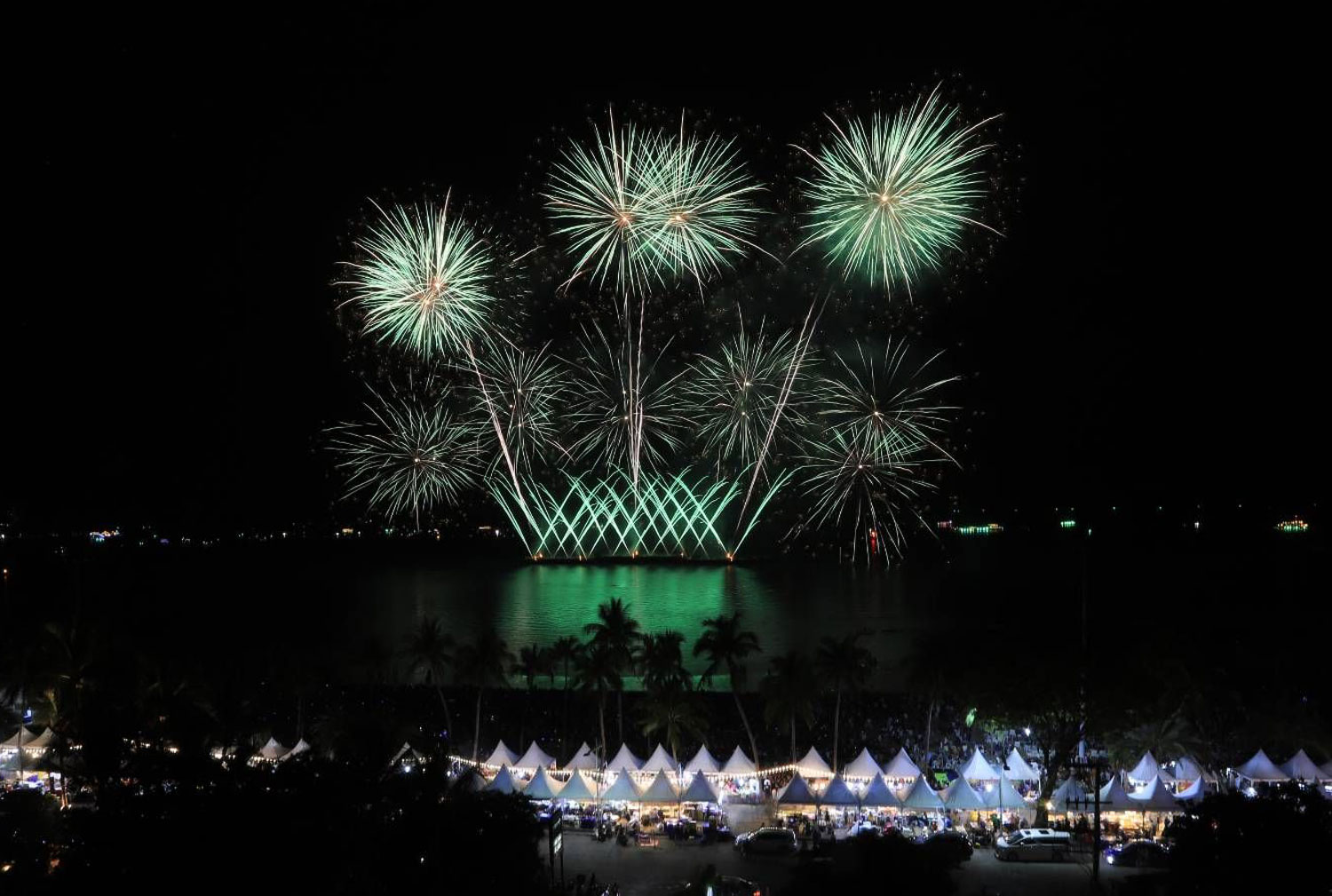 Fireworks from four countries are set off during the first day of the two-day festival  in Pattaya on Friday night.  (Photo: Pongpat Wongyala)