Khlong Mae Kha, a waterside village in Chiang Mai, is being promoted as a tourist attraction. The northern province is the No. 1 destination for Thai tourists, according to a new Bangkok Poll survey. (Photo: Panumet Tanraksa)

A majority of people expect high tourism numbers during the peak season in December but remain concerned about their spending power and high prices, according to an opinion survey by Bangkok University, or Bangkok Poll.

In the survey conducted among 1,203 people between Nov 10 and 16, 77.3% of respondents said they expected domestic tourism would be more lively during the peak season, while 22.7% thought the opposite.

When asked about factors impeding tourism, 66.5% believed many people do not have enough funds to travel, 56.3% pointed to high prices for accommodation and food, and 39.7% blamed high fuel costs.

Asked about what tourism stimulus policies they would like to see, 84.5% of respondents mentioned the government’s “We Travel Together” and co-payment schemes, 9.3% said no policies are needed, and 6.2% we

Forty-six percent of respondents said they would be engaging in environmental tourism, such as hiking or camping, 36% will be observing life in rural areas, and 32.9% will be checking into homestays or farm stays. 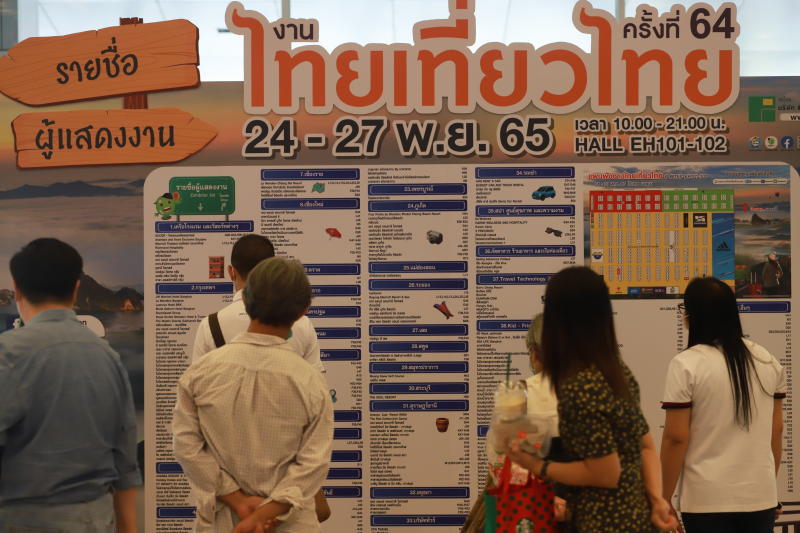