Following the MORE fiasco, the Stock Exchange of Thailand has been urged to identify irregular trading orders in a more timely manner.

Regulatory loopholes and the lack of a timely warning system pose major risks for stock market regulators and investors when lesser-known stocks come into the spotlight, shaking public confidence in the Thai bourse.

On the morning of Nov 10, shares of More Return Plc (MORE), listed on the Market for Alternative Investment (MAI), opened at 2.90 baht apiece, up 4.3% from the previous session. They quickly fell to a floor price of 1.95 baht.

There were buy orders for 1.5 billion shares at 2.90 baht per share, with several investors placing sell orders at the same price, representing a combined transaction value of 7.14 billion baht. This ranked first in terms of total market turnover on both the Stock Exchange of Thailand (SET) and the MAI.

The price of MORE shares continued to fall the next day to 1.37 baht apiece, prompting the SET to notify investors to trade with caution while requiring brokers to report any unusual trading of the stock. The SET then suspended trading of MORE shares from Nov 14-18, before resuming trade on Nov 21.

The SET, with the cooperation of its members, the Association of Securities Companies (Asco) and related agencies carried out an investigation regarding the suspicious transactions. More than 10 brokers filed complaints with the Economic Crime Suppression Division of the police against Apimuk Bumrongwong, MORE's fourth-largest shareholder, who reportedly placed buy orders for 1.5 billion MORE shares, along with other investors in relation to sell orders.

The Anti-Money Laundering Office (Amlo) ordered brokers to freeze for 90 days 34 items related to MORE and MORE-R stocks worth 5.37 billion baht, in the form of cash and other assets purchased with proceeds from sales of the two stocks.

Amlo also revealed the names of the buyer and sellers of MORE shares that were completed through 15 brokers. Many of the sellers were major shareholders of MORE, as well as friends and relatives of the company's chief executive Ummarit Klomchitcharoen, friends of Mr Apimuk, the Tong Hua Group and members of the Phornprapha family, who also held shares in MORE. 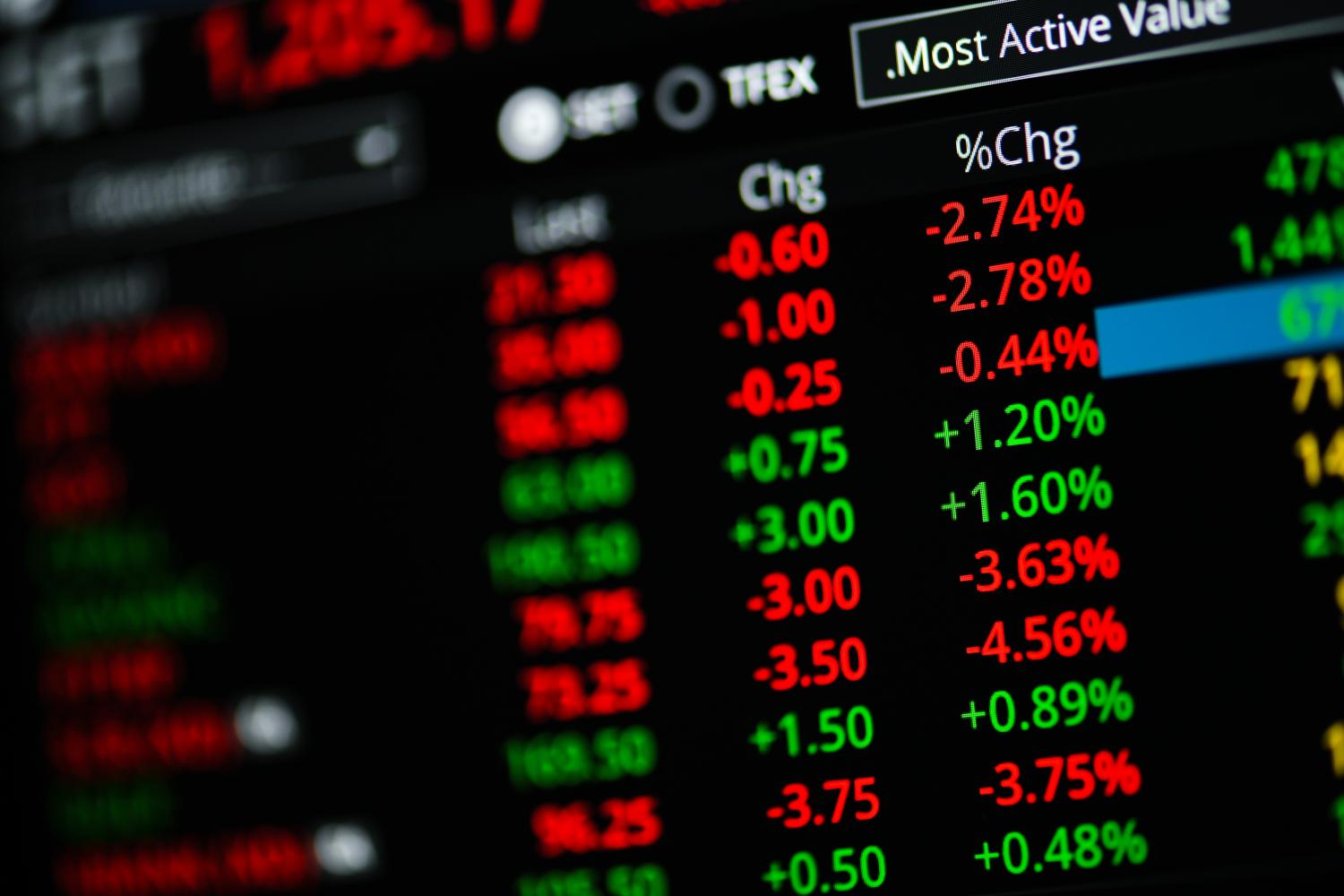 According to an executive at a brokerage, the two actions related to MORE shares are a first for the Thai stock market.

According to an investigation conducted by the Central Investigation Bureau of the police, Mr Apimuk and 24 related persons placed orders via the same method on the condition they were traded at the open market price. It also found trading orders placed by people related to Mr Apimuk had many IP addresses that matched orders placed by Mr Apimuk.

The investigators said sell orders involved Mr Apimuk, along with some of the 10 biggest shareholders in MORE, as well as Mr Apimuk's friends and relatives, some of whom were former shareholders and executives of DNA 2002 Plc (DNA) -- a previous incarnation of MORE. These include executives of Health Empire Corporation (HEMP); a former major shareholder of Global Service Center Plc (GSC); and a group from Tong Hua Plc (TH). Mr Ummarit was apparently not involved.

Authorities also began inspecting brokers suspected of failing to report risky transactions to Amlo, in possible violation of regulatory rules. Asco told its members as of Nov 14 to review the trading of MORE shares and postpone related transactions. However, two brokers -- alleged to be Aira Securities and Kingsford Securities (formerly known as Apple Wealth Securities) -- did not comply.

In a related case, the Securities and Exchange Commission (SEC) on Nov 17 announced the temporary suspension of business operations of Asia Wealth Securities (AWS) for using 158 million baht of its clients' money to purchase shares without their consent. The money was reportedly used to settle transactions for purchases of MORE shares. The SEC also ordered AWS to return the funds to the customers by Nov 20.

Although AWS followed the SEC's order to return the funds, its net capital ratio (NCR) fell below the level required by the regulator. The SEC ordered the company to stop all operations until it is able to increase the NCR to meet the SEC's criteria within 90 days, while customers' assets must be transferred to other brokers within 10 days.

"This is the first time this kind of wrongdoing happened in the Thai stock market," said Therdsak Taweeteeratham, executive vice-president at Asia Plus Securities, referring to both cases.

According to the company's website, MORE is involved in several business ventures, from selling pyrolusite water filters to energy-saving devices.

The listed company includes MORE Network & Engineering, which operates a business in the field of communication technology and engineering, while MORE Property & Development is a developer.

MORE said it won the rights to organise the Rolling Loud international hip hop concert tour in Thailand for the first time in 2023. In a filing to the SET last week, the company said it needs to raise additional funds to organise the concert, which requires a total investment of 889 million baht. Of the total, around 691 million baht would be received from the conversion of MORE-W2 warrants.

The company plans to increase its capital by issuing private placement (PP) shares to Mr Ummarit, who currently holds more than 1.5 billion shares as the company's largest shareholder. The planned issuance of PP shares has led to speculation regarding suspicious trading on Nov 10, when the share price may have been decreased in order for Mr Ummarit to obtain new shares at a much lower price.

In the first nine months this year, MORE posted a profit of 22.1 million baht, down from 111 million year-on-year.

Meanwhile, AWS chief executive Chanachai Joonjiraporn resigned from his position on Nov 18. On the same day, NCL International Logistics Plc informed the SET the company cancelled its plan to acquire a 60% share of AWS's registered capital because the temporary suspension may pose a risk to NCL's investment.

These cases have raised questions about the securities industry and the role of regulators in preventing fraud. Analysts said the major loophole that allows "unusual" securities trading is brokers have flexibility in approving customer limits without checking their credit closely enough.

In addition to cash accounts, securities companies offer investors credit to purchase shares on a "buy now, pay later" basis. Each broker can set a different limit in terms of trading value for its clients, depending on the client's financial standing, collateral assets and background pertaining to debt repayment.

Investors can trade at a level exceeding the value of the collateral (cash or stocks) in their account by providing 15-20% of the margin and then paying within two days.

In the case of MORE, it is likely that Mr Apimuk used cash accounts with several brokers to purchase 1.5 billion shares, in addition to the 600 million shares or about 9% of MORE shares that he already held.

On Nov 10, he sent several buy orders from these brokers where he has cash accounts, using "at the open" (ATO) orders, referring to the first transaction of the day, when buy and sell orders automatically match. Trades valued at 4.3 billion baht were made at the ATO price, compared with an average volume of trades worth 100-300 million baht per day for smaller companies such as MORE.

When Mr Apimuk defaulted on the payment, which was due on Nov 14, several brokers had to pay for all the buy orders he placed.

The problem is brokers don't know how many accounts investors such as Mr Apimuk have, nor the total credit received from each broker. There is no central agency that gathers such information and brokers are unable to check on the tangible collateral assets each investor has pledged.

Investors can use this loophole by opening credit accounts with many brokers, allowing them to take advantage of brokerages.

In addition, the SET does not have a timely warning system if buy-sell orders for a stock are unusually high. The buy orders for 1.5 billion shares of MORE were sent at a substantially higher price than its listed price and the volume dwarfed the daily trading average. On Nov 10, orders from a single investor tallied 4.3 billion baht, while the overall trading value stood at 7.1 billion baht.

It took brokers a while that day to notice the trading was unusual, at which point they alerted other investors, sending MORE crashing to the floor price in the morning session.

In order to fix the loopholes, the SET and SEC must work together and better coordinate to improve the criteria for listing securities, requiring them to have a good track record of performance and profitability over several consecutive years.

Regulations must be strengthened to avoid such unusual trades taking place in the future, said brokerages.

Stock market executives said for some traders, only cash would be allowed for trading and a credit bureau concept could be applied to allow brokers to determine whether a client has opened an account, as well as the amount of credit provided by brokers to the client.

Analysts said the SET should also have an immediate warning system to identify irregular trading orders in a timely manner.

Analysts suggested customers' asset accounts must be separated from the security company's accounts in order to allow a custodian to take care of them.

In addition, the financial status of securities companies must be strengthened, while their net capital ratio should be disclosed to assure investor confidence.

"We hope every party concerned will do their best to adjust the regulations to close the loopholes in stock trading. This must be done to ensure stock trading is totally safe and to enhance the stability of the stock market in the long term," said Mr Therdsak.