TAT fears demand will tail off from April

Passengers queue for check-in at Suvarnabhumi Airport. The TAT is preparing to hold a special event called 'Amazing Thailand 10 Million Celebrations' on Dec 10 at every port of entry. (Photo: Narumon Kasemsuk)

The tourism sector might be challenged by a slow market in the second quarter next year as there will be no more pent-up demand which fuelled the market this year, according to the Tourism Authority of Thailand (TAT).

The TAT is preparing to hold a special event called "Amazing Thailand 10 Million Celebrations" on Dec 10 at every port of entry, as the number of visitors is expected to hit 10 million on that day, ahead of the prediction that this number would be reached at the end of this year.

However, the industry should not count on this number as the overwhelming demand today is mostly from tourists who were unable to travel for two or three years, said TAT governor Yuthasak Supasorn.

He said tourists with purchasing power and strong demand already took their trips during this winter and will continue until March.

"We might have to wait until the next low season to see how Thai tourism can cope with negative factors like the recession, high travel costs and inflation, as there will be no more drivers like pent-up demand," said Mr Yuthasak.

Moreover, the projected overall revenue of 1.3 trillion baht this year is lower than the target set at the beginning of the year at 1.5 trillion, which means economic concerns and high expenditure affected the spending of both foreign and domestic tourists.

He said revenue higher than 1.3 trillion baht remains achievable if the country reaps benefits from government schemes, particularly the extension of stay to 45 days for tourists from countries or territories eligible for visa exemption, which will expire in March 2023.

Foreign tourists spent 60,000 baht on average, but their spending could surge to 77,000 baht with a longer length of stay.

Mr Yuthasak said European travellers most likely used the privilege of extended stay as many hotels in Phuket reported that their rooms were overbooked due to the influx of demand from European guests seeking longer stays.

The TAT set the target next year to earn 2.38 trillion baht from international and domestic markets.

However, the 20-million-arrival goal will not include Chinese travellers as the situation in the mainland remains volatile with no clear sign of when and how the travel restrictions will be eased.

"The best thing we can do for the Chinese market is to preserve the positive perception of Thailand and wait until they are allowed to come. For the time being, we have to accelerate other markets to offset the lack of Chinese," he said.

Mr Yuthasak said even though the official visit of President Xi Jinping to Thailand didn't see any commitment to travel resumption between the two countries, TAT offices in China reported that there were over 43,000 posts that mentioned his visit which reached at least 1 billion people in the mainland. 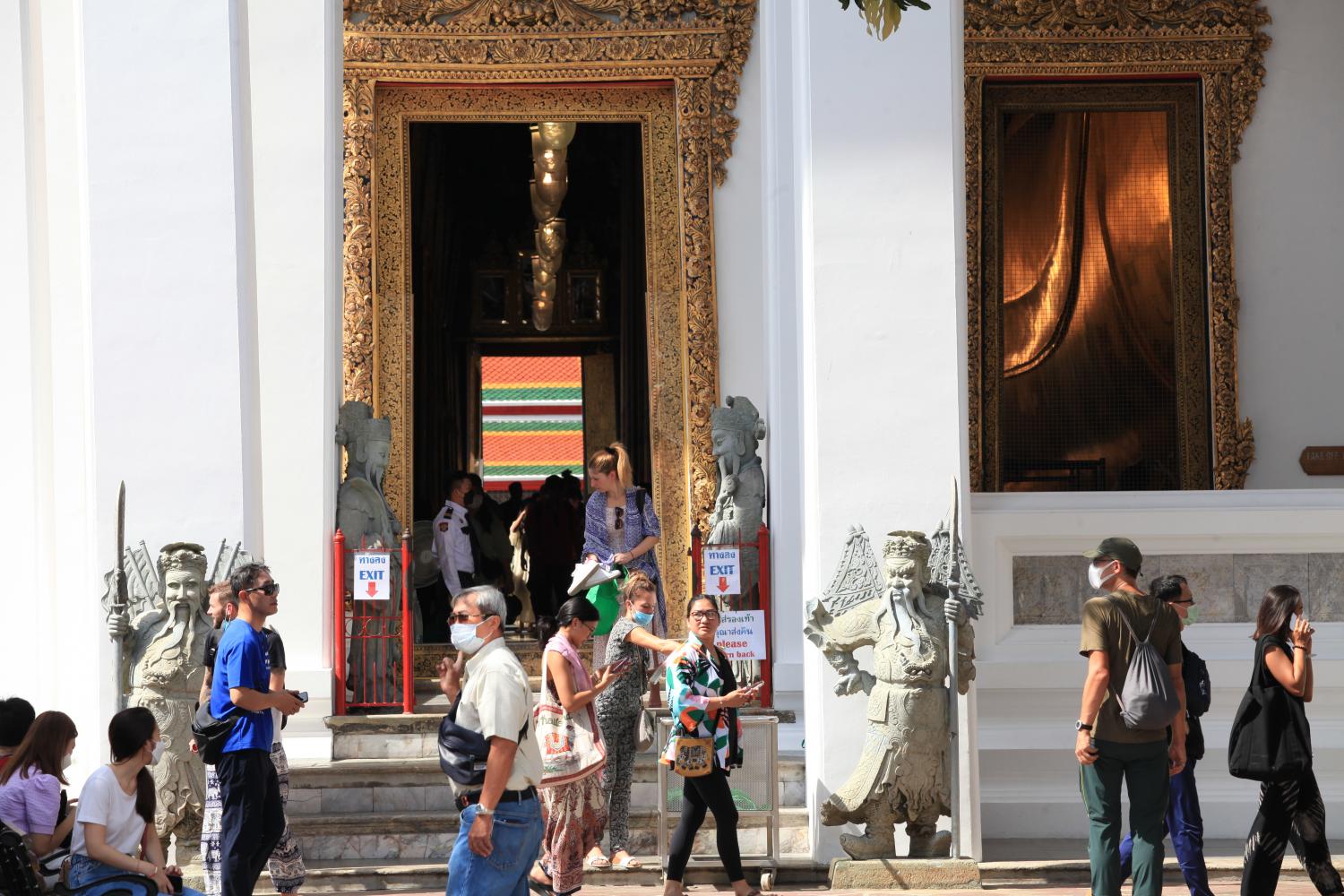 Most comments said they want to visit Thailand again once overseas travel is permitted.