The market is helping to offset the lack of Chinese visitors, though air transport remains spotty

Russian tourists walk through the airport upon arrival in Phuket. (Photo: Achadthaya Chuenniran)

Before Covid-19, Russian tourists were among the top source markets for the local tourism industry.

Although the Russian market has spiked since October, Pattaya operators are worried about the slow resumption of chartered flights to U-tapao airport, which is struggling to meet demand as capacity is currently half the pre-Covid level.

At present, there are chartered flights operated by Azur Air from 11 cities in Russia to U-tapao airport, with seats shared by several tour agencies.

Thanet Supornsahasrangsi, president of the Tourism Council of Chonburi, said 1-2 of those flights arrive at the airport on a daily basis.

If the load factor is strong enough, flight frequencies will be increased, he said.

Winter is the favourite period for Russian tourists to escape from the cold weather to beach destinations.

"Tour operators insist the war with Ukraine hasn't really affected Russians visiting the country as the conflict takes place in Ukraine," he said. 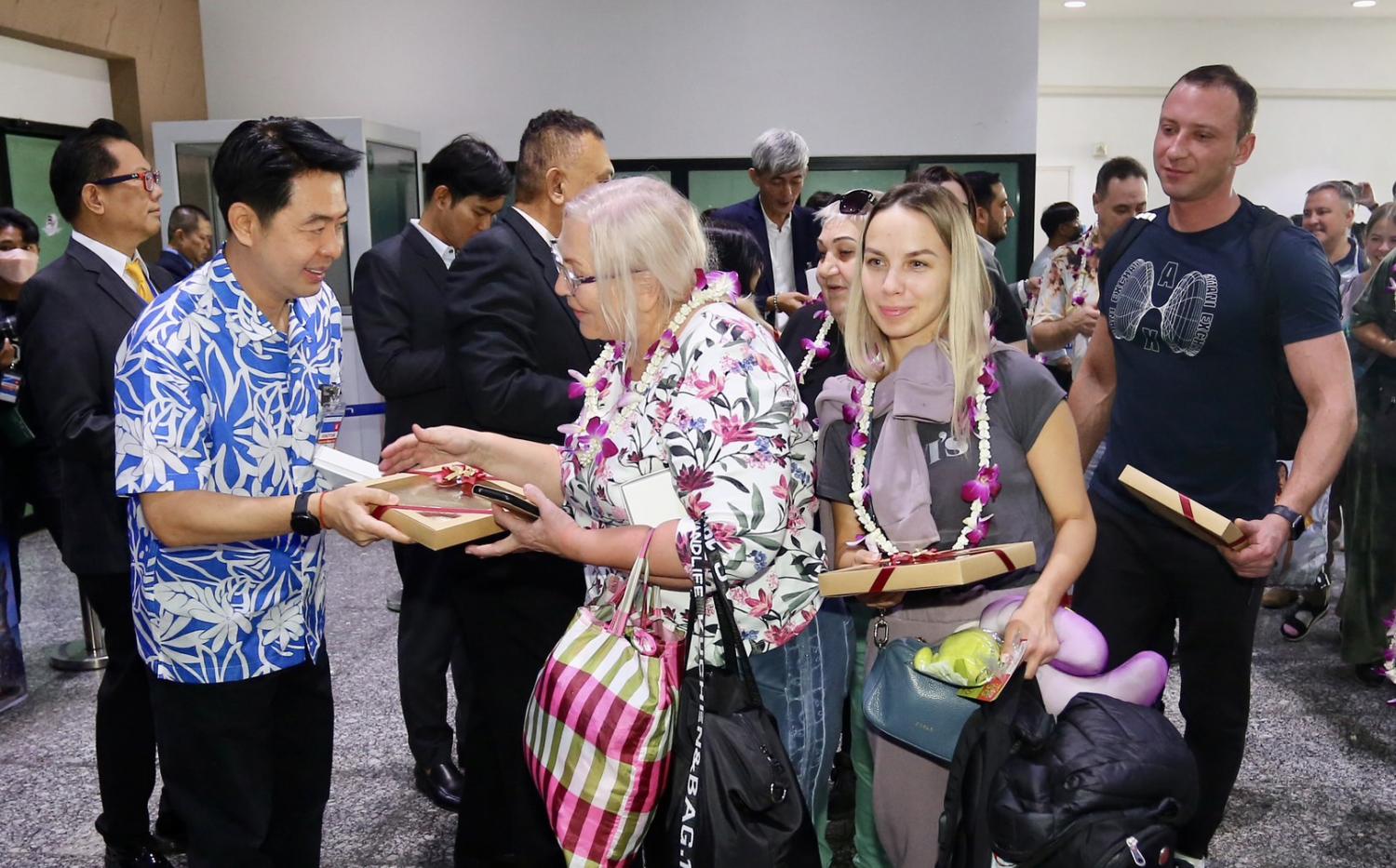 "The ruble has also bounced back to a similar rate as before the war."

Russians are among the four main markets for Pattaya tourism operators, along with visitors from India, South Korea and Vietnam.

Forward bookings in December and January already surged to 80%, mainly driven by demand from Russia, he said.

However, as tour operators still request promotional prices to warm up the market, the average room rate remains 30-40% lower than before the pandemic.

The destination also benefits from Russians who travel from Bangkok, as many of them prefer to spend some time in Pattaya.

According to the Tourism and Sports Ministry, Russian arrivals posted a record high of 44,314 in October, one of the top three European markets for the month.

The increase was 178% from the previous month and 538% from July, when Thailand fully lifted travel restrictions. There were 23,760 Russian arrivals in January 2022, a month before Russia invaded Ukraine.

April had the lowest monthly arrival figure with only 5,223.

Tourists relax at a beach in Phuket. Mr Bhumikitti said the island is expected to welcome around 4.7-4.8 million international tourists this year. Achadthaya Chuenniran

From January to March next year, the ministry estimates 377,472 Russian arrivals, of which 171,072 travel via direct scheduled flights and 150,000 from direct chartered flights. Some 56,400 are predicted to arrive from connecting flights.

The outlook for this market remains positive as direct Russian flights increase from more cities to Bangkok, Phuket and Pattaya via U-tapao airport, as should flights from Kazakhstan, Russia's neighbour, said the ministry.

As some countries in Europe have banned Russian tourists, more of them are choosing to travel to other countries, including Thailand.

Bhumikitti Ruktaengam, the advisory chairman of Phuket Tourist Association, said the recovery rate of the Russian market in Phuket in November hit 80% of the 2019 figure, mainly attributed to more chartered flights as well as Aeroflot, Russia's flag carrier, increasing direct flights to the island.

Aeroflot and several other Russian carriers had suspended flights to the island since March this year because of sanctions imposed by European countries.

In terms of overall arrivals for the 11-month period, the Russian market was second in Phuket, with India No.1 and Australia taking the third spot. 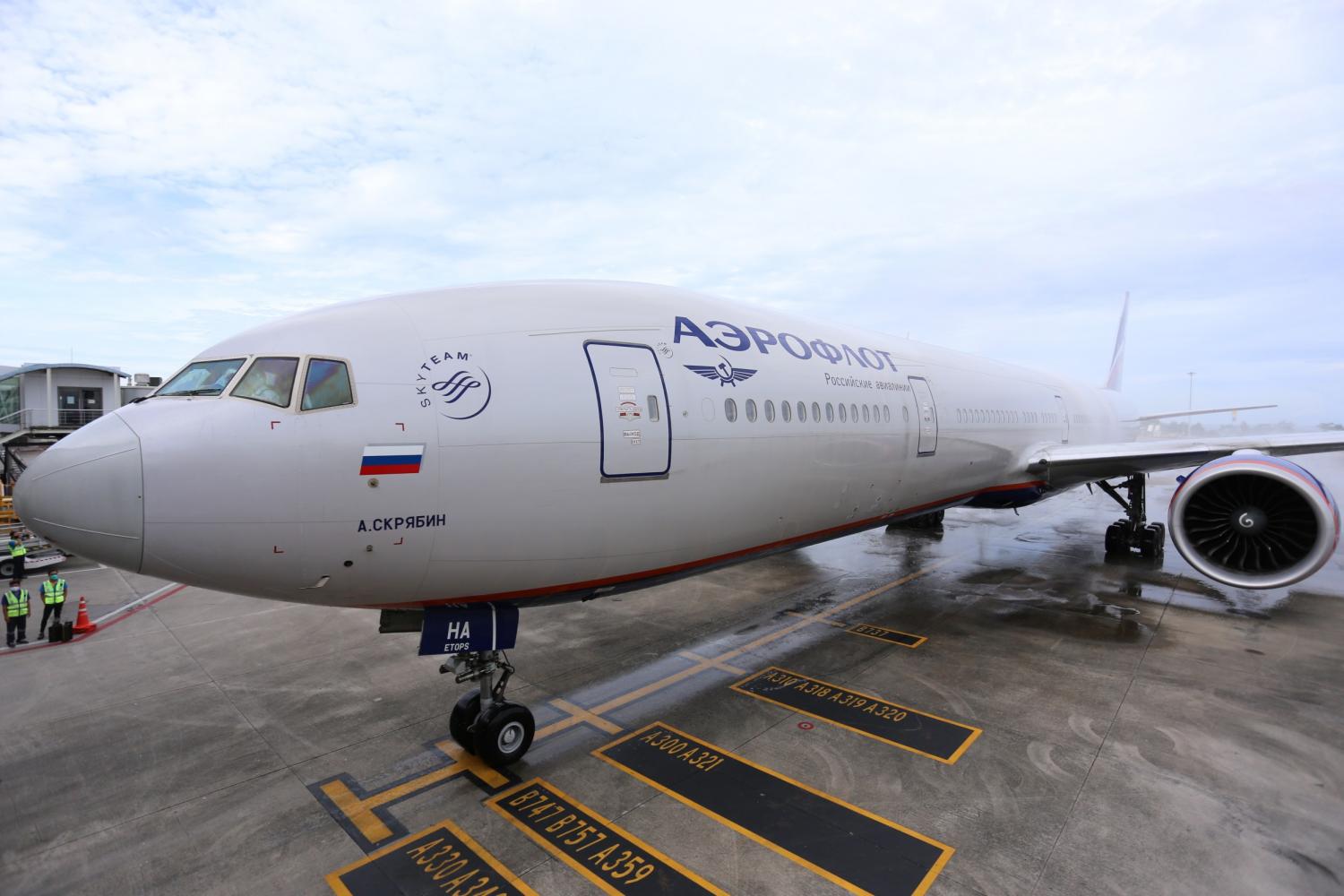 An aircraft of Aeroflot, Russia's flag carrier, at Phuket International Airport. The carrier has increased direct flights to the island. Achadthaya Chuenniran

Mr Bhumikitti said based on his personal observation, tourists were willing to stay longer because living costs in Thailand were similar to their home countries, particularly as the prices of energy and airfares have surged.

He said some hotels were overbooked because of changing behaviour and limited room supply, as only 80% of hotels have reopened.

Mr Bhumikitti said this hotel demand pressure should ease after the high season, as this is the peak period for the Russian market.

He said Phuket is projected to welcome 4.7-4.8 million foreign arrivals and 1.5-1.7 million domestic travellers this year, half the total recorded in 2019, the year before the pandemic started.