A woman bicycles through a shopping street as Tsutenkaku tower looms in the background in Osaka on Dec 1, 2022. (Photo: AFP)

Osaka has been vying for years to build a casino resort, but its plans have been stymied by regulations, low public approval for gaming and a coronavirus pandemic that had largely slammed the brakes on tourism worldwide for more than a year.

"We had a huge volume of inbound Chinese tourists in mind when the project was still in its early stages," Osaka Gernor Hirofumi Yoshimura said in an interview with Bloomberg News in London on Tuesday.

"However, it still remains an extremely popular destination from tourists from all over Asia, including Korea, from Taiwan and from all over Southeast Asia," Yoshimura said. "I do believe that the business is perfectly viable without the Chinese tourists."

About a day after Yoshimura spoke, China moved definitively away from its long-held Covid Zero approach, easing a range of restrictions that persisted long after the rest of the world moved on to living with the virus. This could eventually allow a return of the massive flow of Chinese tourists to Japan, which now remains at a halt due to President Xi Jinping’s virus policy.

Japan legalised casino gambling in 2016 to great excitement in the industry and companies from MGM Resorts International to Las Vegas Sands Corp have spent heavily to get access to a gaming market that could become Asia’s second largest after Macau. 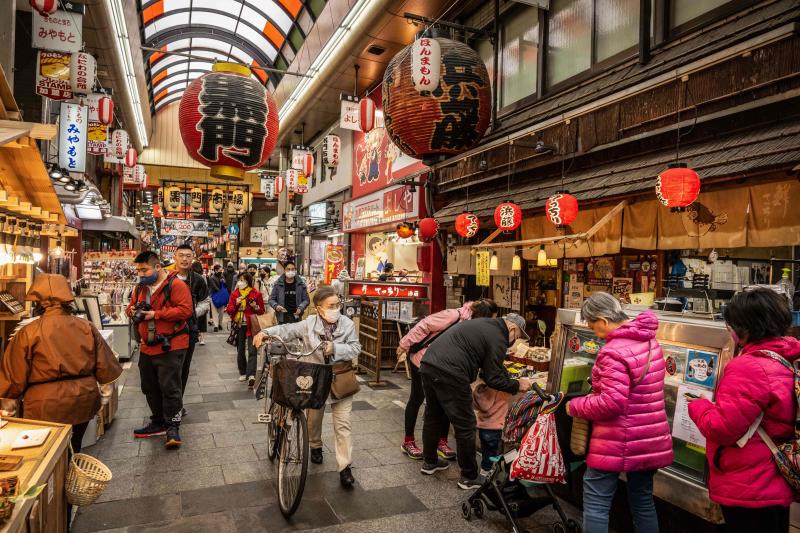 While Osaka has been at the forefront of the bids to host a casino, so far no resorts have been built and Japan’s potential gaming market — estimated at US$20 billion — has lost some of its lustre. At least one company has pulled out, media polls have shown the public does not want casinos and the conviction of a ruling party lawmaker for receiving bribes from a developer further soured sentiment.

Osaka selected a joint group of MGM and Orix Corp as its operator last year and hopes to use a casino resort to attract visitors when it hosts the World Expo in 2025. Yoshimura said he has “a strong reason” to believe the permission will be granted within this year.

Japan lifted border restrictions for foreign tourists in October and overseas travellers are returning to a country that topped the World Economic Forum’s latest ranking of the Travel & Tourism Development Index this year. Roughly 498,600 overseas travellers visited Japan in October, according to preliminary figures released by the Japan Tourism Organization in November. That is more than double from the prior month and 24 times last year’s monthly average.