The global aviation industry is expected to finally end years of losses with a net profit of US$4.7 billion in 2023, but Asia-Pacific airlines will have to wait a lot longer for their balance sheets to recover, according to the International Air Transport Association (IATA).

Willie Walsh, director-general of IATA, said he was optimistic about aviation growth next year, despite challenges from inflation, high costs of living, and below-par economic expansion.

Lower oil price inflation and pent-up demand for travel should help to keep costs in check, he said.

Asia-Pacific is forecast to be the last region to recover, with passenger numbers only returning to pre-pandemic levels by 2025 and losses continuing throughout 2024.

Given the effect of China's lockdowns, Asia-Pacific is set to record losses of $10 billion this year and $6.6 billion in 2023.

North America is the only region expected to be back in the black this year, posting a profit of $9.9 billion, as passenger demand has almost returned to pre-pandemic levels, according to IATA.

Globally, the association expects passenger numbers to return to pre-pandemic levels in 2024.

The group expects China's border restrictions to be lifted in the second half of next year, while Mr Walsh said Hong Kong could become an Asian global hub again by 2028.

IATA is confident Thailand believes the aviation industry is a source of economic stimulus, with the government working with airlines to improve capacity and routes into the country.

Airlines' fuel costs in 2023 are expected to be 30% of their expenses, with the group projecting the average price of Brent crude will fall to $92.3 per barrel from $102 this year.

Mr Walsh said the war in Ukraine affected the whole industry because of its effect on fuel prices.

IATA forecasts global net losses of $6.9 billion this year, an upgrade from its earlier forecast of $9.7 billion. Last year the industry posted a loss of $42 billion. 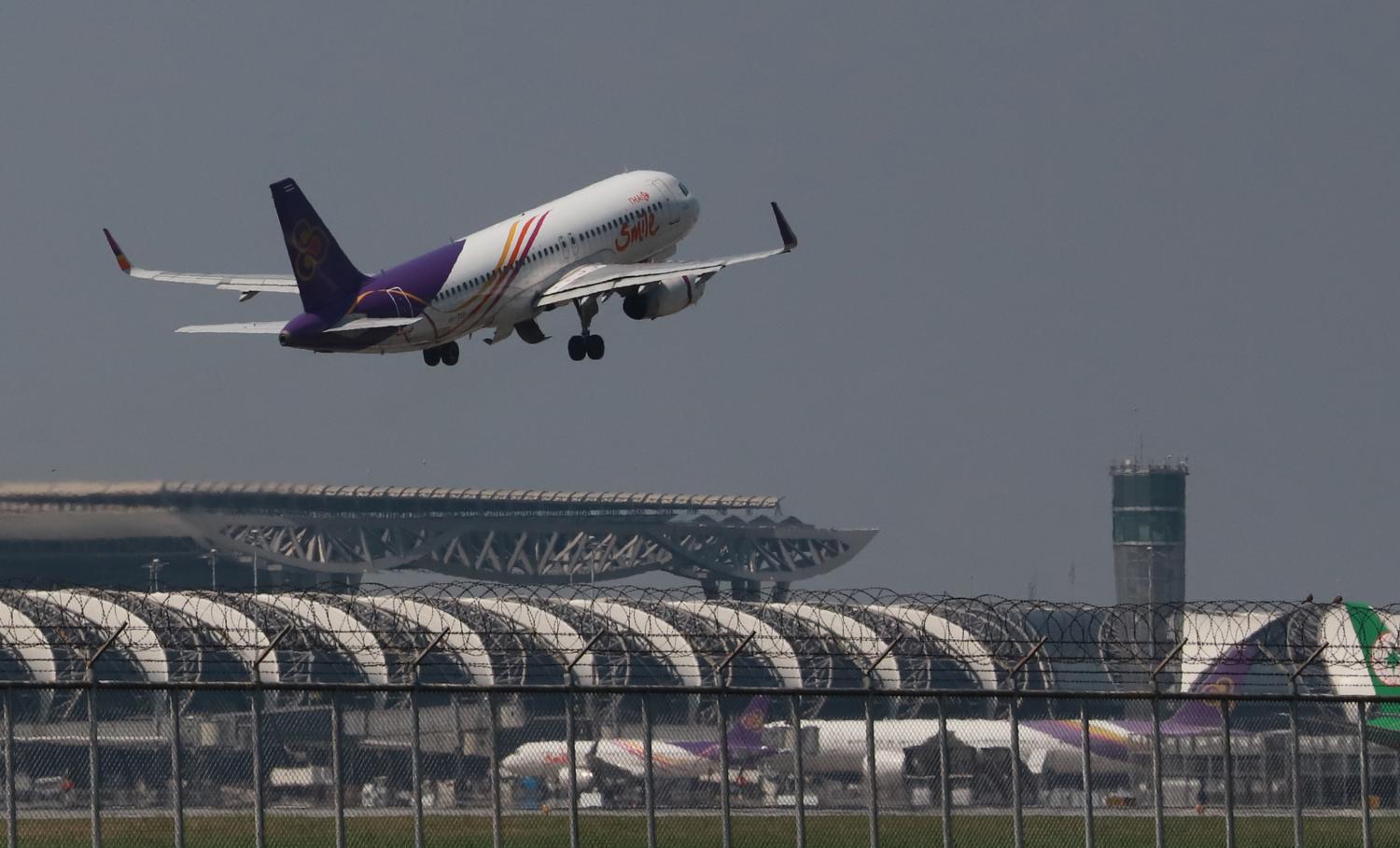 A Thai Smile jet takes off at Suvarnabhumi airport. IATA is confident Thailand believes the aviation industry is a source of economic stimulus.