Thailand's gross domestic product for the fourth quarter of 2011 plunged nine per cent year-on-year on the back of the country's worst flooding in 50 years, the National Economic and Social Development Board (NESDB) reported on Monday.

The great flood had caused more than 328.15 billion baht in damage to the economy.

The economic growth outlook for this year stands at between 5.5 and 6.5 per cent with the support of domestic consumption and the recovering manufacturing sector. The previous forecast was set at 4.5 to 5.5 per cent.

In 2012, headline inflation should remain in a range of 3.5 to 4.0 per cent. Private consumption would likely reach 4.4 per cent, while investment should grow 14.2 per cent. Exports growth is expected at 17.2 per cent. 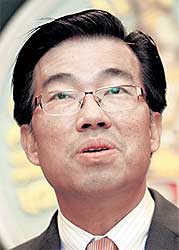 The country's current account is expected to be in surplus at about 1.2 per cent of GDP, according to the NESDB.

Bank of Thailand assistant governor Paiboon Kittisrikangwan said the 0.1 per cent growth for the previous year was lower than expected.

This year's economy should perform better as economic figures in 2011 were low, he said.

The assistant governor said the BoT maintained its economic growth forecast for 2012 at 4.9 per cent on the assumption that core inflation stands at 2.2 per cent and headline inflation at 3.2 per cent.

According to the BoT, GDP for next year will grow 5.6 per cent on the assumption that core inflation stands at 1.7 per cent and headline inflation at 2.9 per cent.