China is encouraged by growing cooperation with Asean countries and hopes to see even more development in China-Asean trade to generate benefits for both sides. 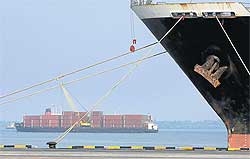 Under the China-Asean Free Trade Agreement (Cafta) that went into effect on Jan 1, 2010, more than 7,000 products are now traded duty-free between China and the six developed Asean economies: Brunei, Indonesia, the Philippines, Malaysia, Singapore and Thailand. The other four Asean members — Vietnam, Laos, Cambodia and Myanmar — are to join the zero-tariff arrangement by 2015.

Before Cafta took effect, many business operators in Asean were concerned that they would not be able to compete once cheaper products from China became more widely available.

However, trade performance over the past two years shows that most of those fears have proved to be unfounded, said Zhong Jie, vice-director of the Department of Asian Affairs at the Ministry of Commerce.

“Many Asean countries were worried that Cafta might generate an influx of Chinese products in their countries and ruin their domestic industries,” she said. “For example, some industries such as textiles and steel in Indonesia opposed Cafta and asked for postponements.”

According to statistics from China’s Ministry of Commerce, bilateral trade with Indonesia was worth $12.43 billion in 2010, an increase of 74% from the previous year, and Indonesia recorded a trade surplus of $600 million. 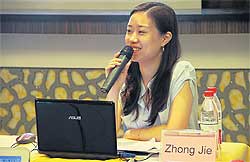 “As it turned out, the things that most of people were concerned about did not happen and we should not be worried,” said Ms Zhong.

“China now has a trade deficit with Asean countries but it isn’t very big,” she noted. “As China’s domestic consumption and investment grow stronger, then we will want to import more goods from Asean countries.”

The governments of both sides continue to sign more bilateral agreements to expand and deepening economic and trade cooperation.

Agricultural products are a particular focus of bilateral pacts signed by China with the Philippines, Indonesia, Malaysia, Thailand and Myanmar.

“We have begun to sign some agreements to expand the agricultural products markets between China and Asean,” said Ms Zhong. “At the beginning of this year we signed an agreement with Brunei and last year we signed one with Cambodia for rice exports.

An early harvest programme under Cafta covers fresh fruits and fruit products. There was some concern in Thailand and Cambodia that cheaper Chinese fruits would squeeze some local products out of their domestic markets.

“As it turned out, when the early harvest programme started, Asean fruit becomes more and more popular in China, especially in the northern part of the country, including Beijing, Durian is very popular, and most of it is from Thailand,” said Ms Zhong.

According to the Thai Office of Agricultural Economics, during the first half of this year China had a trade deficit with Thailand in agricultural products of 23.68 billion baht, up 22% from the same period last year.

Ms Zhong acknowledged that Asean farmers and governments were not the only ones who had been apprehensive about the trade pact. Chinese authorities were worried about the impact on farmers in southern China, where many of the fruits available are similar to those in Asean and have similar growing seasons.

“In the end, everything has been going well. We think the early harvest programme is beneficial for both sides,” she said.

She also noted that in addition to reduced customs duties under Cafta, businesses have enjoyed lower taxes in the services sector, generating more investment flows.

“Generally speaking, Cafta has accelerated our bilateral cooperation,” she said. “At the same time, governments on both sides should sit down and have discussions to find suitable conditions. Then we will see long-term benefits from our cooperation in the future.”

Move Over, GE. Tech Giants Are the New Leaders of Industry.