Real estate experts say it's not how much a property costs but rather where it is that really counts.

Location is the most important factor for choosing property for investment but be mindful of functionality and avoid overstretching your finances, say experts. 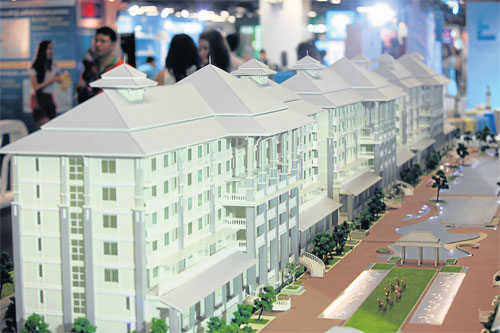 Prof Manop Bongsadadt of Chulalongkorn University's architecture faculty said location rather than price should compel investors to buy property. Long-term investment in property in a good location has high potential for gains. In general, land close to commercial areas increases in value in the long term as more people move to cities.

He cited the old Seri Village in Hua Mak close to Rama IX Road as an example. Some properties worth only 300,000 baht three decades ago are now worth 15 million.

"Is there any other type of investment that can yield a better return?" he asked.

Gold is said to be the riskiest investment. Blue-chip stocks have a limited amount, while short-term stock investment is at risk of manipulation. Property should be a good bet for long-term investment of 10-20 years.

Sopon Pornchokchai, president of the Agency for Real Estate Affairs (AREA), a consultancy, said demand for condominiums in inner Bangkok has remained strong despite plentiful supply.

An AREA survey found prices of condominium units have increased by 4.9% on average per year, with returns from rentals standing at 6.5%, making the investment attractive with a total return of 11.4%.

An estimated 62% of buyers of inner-city condominium units bought them for their own residence, while 38% bought for investment by sale or letting. Mr Sopon said of the 93,031 units surveyed, 65,493 or 70.4% were occupied.

He said prices of single houses may increase at a similar rate to last year at 5%, but properties in outer Bangkok away from mass transit lines might see prices stabilise or even decrease.

Prices of second-hand houses are usually 15-30% cheaper than new units. New houses are unlikely to generate good profits considering that it is a seller's market now, said Mr Sopon.

For example, they may buy a house in outer Bangkok and a condo unit in the central area to make it easier to commute to work.

"The extension of mass transit to outer Bangkok has accelerated the trend of people buying homes in outer areas for a better environment and air quality," he said.

Prof Manop said speculation in the housing market has decreased significantly from the boom years preceding the 1997 economic crisis. Regulators have implemented measures to set minimum requirements for property down payments in a bid to decrease speculation.

"While I recommend property as a long-term investment, I oppose the speculation that saw people buying property for short-term profits," he said.

Speculation ruins the industry and creates legal disputes, as buyers do not want to transfer ownership until they find new buyers, which often takes time, said Prof Manop.