Mobile phone users along the border with Laos will no longer be charged international rates for domestic calls following an agreement to limit signal coverage across the frontier. 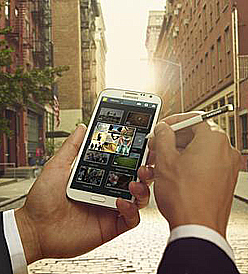 The Thai-Lao Joint Technical Committee on Coordination and Assignment of Frequencies recently concluded  negotiations on tackling the intrusion of mobile phone signals into their respective border areas, the National Broadcasting and Telecommunications Commission said in a statement released on Friday.

Agreement was reached in December and is now effective.

The two countries have agreed to allow the signals of mobile phones from another country to go no more than one kilometre inside their populated border areas, and 2km in other locations.

The signal level from another country in border areas is capped at -90dBM for 2G technology and -100dBM for 3G, the telecom regulating agency said.

dBm stands for decibel-milliwatt, an electrical power unit in decibels.

"The limits of the signal level for Lao mobile phone users transmitting across the border are weak, so mobile phones in Thailand will not be automatically switched (to receive the signal from Laos)," Commissioner Prawit Leesatapornwongsa said.

Thai mobile phone users in the northern and northeastern regions bordering Laos have complained about being charged for international calls despite dialling domestic numbers. The problem is due to weak signals in Thailand which make the equipment automatically switch to stronger signals from Laos.

Thais staying in Laos, including Vientiane, can make a long distance call by paying domestic charges if they make phone calls at some locations close to the Mekong River.

Mr Prawit said that not all Thais will benefit from the agreement as some border areas will still have a weak signal until operators install more networks to expand their signal coverage.

Thailand has the same agreement with Malaysia to limit the signal coverage along their border.