Many of the innovations that led to productivity increases in manufacturing ended up playing a role in the economic downturn that began in 2008, says economist Jopseph Stiglitz.

The result has been years of instability and inequality caused by a slowdown in global employment, the Nobel laureate said in an address at Dhurakij Pundit University in Bangkok on Saturday.

For a long time, he said, many countries have been focusing disproportionately on innovation in the wrong areas, such as saving labour. 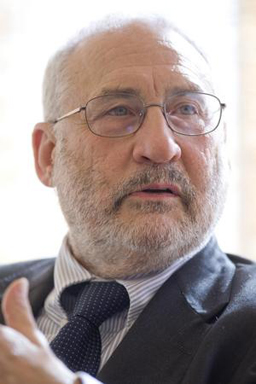 Gross domestic product, he said, was not a good measure of economic performance. The focus instead should be on a typical person's median income, sustainability and distribution.

"If economic growth is under three of four percent you don't have new net job creation and the only way to do it is to have productivity growth, which isn't a good solution," said Mr Stiglitz, a professor at Columbia University's Graduate School of Business.

As many as 25 million Americans are underemployed or unemployed, and although the United States may see a recovery in terms of growth, Mr Stiglitz predicts full employment will not be reached in this decade.

Inequality has also played a big role in the economic downturn.

"There's a link between inequality and instability. Markets are not necessarily fair – those in the financial markets walked away with mega bonuses while Americans walked away without jobs [after 2008]," said Mr Stiglitz.

In a way, he said, the crisis of 2008-09 and its aftermath have undermined some of the longstanding economic theories that dominated the profession for 200 years.

"It's ironic that the situation the world is in today is because we've had a lot of productivity increases, which should have led to rising living standards for all citizens due to [advances in] science and enormous numbers of big and small productivity enhancers,"  the former economic adviser in the Clinton White House said.

"The change in the global rules should also have led us to higher standards, and yet it seems just having the opposite effect."

Zipmex to ease some bitcoin, ether withdrawals after altcoins